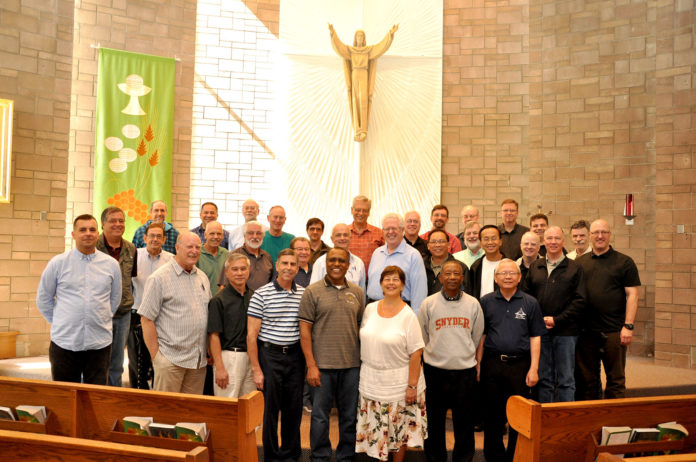 One of the tasks was to elect a terna to present to the general government. The names to be forwarded are Kevin O’Neil, C.Ss.R.; Jack Kingsbury, C.Ss.R.; and Mark Miller, C.Ss.R.

After the usual “check-in” and imparting of key information from each unit and the coordinator, Father General addressed the assembly on the need for a pastoral plan for the conference. Then, the members reviewed the decisions from the third phase of the General Chapter. These items were first discussed in small groups and then in open session.

Discussions included extraordinary visitation dates, establishing an office for Partners in Mission, assigning a director of communications, reviewing plans for an area mission in the Caribbean in Lent of 2018, working on a conference level formation ratio, establishing various conference commissions, ongoing formation and leadership training, and making preparations for a future discussion of “A Wounded World.”

The Conference Assembly also split into two groups for discussions concerning issues that were specific to either Canada or the United States and the Caribbean.