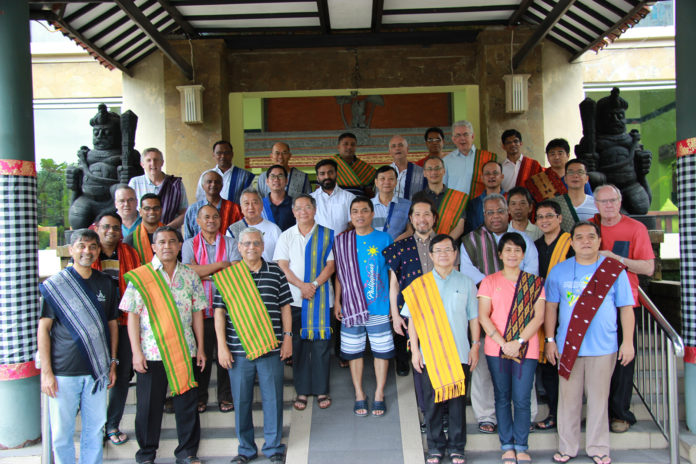 In Bali on the second floor of the Palm Beach Hotel on Wednesday 18 October at 4:50pm, Fr Michael Brehl asked the capitulars if they were ready to vote to close the XXVth General Chapter. There were no abstentions and the thirty-one eligible to vote voted affirmatively to close the third and final phase of the General Chapter.

Chapter preparation began in March 2014 in Rome, and today the Conference of Asia-Oceania became the fifth and final Conference to reflect on the spirit and decisions of the General Chapter, engage in a process of reflection on the Final Document, and then arrive at their own Decisions and Recommendations for the remainder of the sexennium.

Frs Clement Campos and Victorino Cueto were our Moderators and managed to keep us on track through the five days and sometimes challenging processes. Our meetings are conducted in English, and one can only admire those who work reasonably comfortably in a language that is not their native tongue. However, we have a long commitment to a common language and units such as Thailand, Manila, Cebu and Oceania regularly host and support those who are learning English. 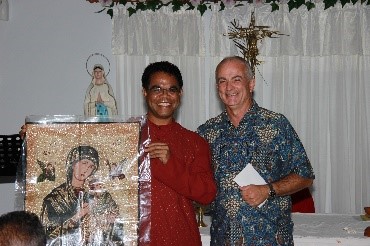 The hospitality of Fr Yoakim Ndelo, the Provincial of Indonesia, who with his confreres managed a large logistical exercise on an island where we do not have a community residence has been quite extraordinary. It was no surprise tonight at our final eucharist for Phase III that Fr General gifted Fr Kimy with a Roman reproduction of the Image of Our Mother of Perpetual Help.

The hard work of the redactors bore fruit in that we finished an hour short of our allotted time on the final day. Congratulations to Frs Edward Joseph, Bert Cepe and John Hodgson. Our indefatigable Conference Coordinator, Fr Jovencio (Ben) Ma, and the Conference Council which kept a firm hand on the tiller as we worked our way systematically through the General Chapter Decisions.

Our Conference is geographically disparate ranging from Samoa, New Zealand and Australia in the South-East, through Asia to Japan and Korea in the North, India which now includes Kenya and Lebanon, and in the centre the populous units of Vietnam, Thailand, the Philippines and Indonesia. Distances and the expense of travel mean that we do not get the opportunity to meet often, but when we do it is a time of listening, learning and growing in our understanding of language, culture and lands where religions other than Christianity are dominant and many of those to whom we minister are poor.

It was fitting that at the final mass our presider was a Vietnamese priest on a permanent resident visa from Australia who works in the underground church in China, and our lector was a female Redemptorist lay missionary. They are symbols of lands that are open as mission fields and the new forms of partnership that will increasingly characterise our ministry.

Fortunately, we have a recreation day tomorrow and are headed in the opposite direction to the volatile Mt. Agung. We then return for the final three days of the Conference Assembly. After Sunday some confreres will travel to Sumba for the celebration of the ‘sixtieth anniversary’ of the Indonesian Redemptorist foundation while others will travel to Singapore for the opening of the new Novena Church. The remainder of us will travel back to our Units, resume our different missions, and try to convince the confreres that we were not just having a holiday in Bali.