The copy of the Pilgrim Icon of the Conference of Africa and Madagascar has been in Angola for a few weeks, in the year of “rekindling the mission”, marking the 150th year of the handing over of the Icon to the Redemptorists. This also brought the Viceprovincial Superior, Fr. Eugénio Lumingo, when he returned from the third phase of the XXV General Chapter in Nigeria. 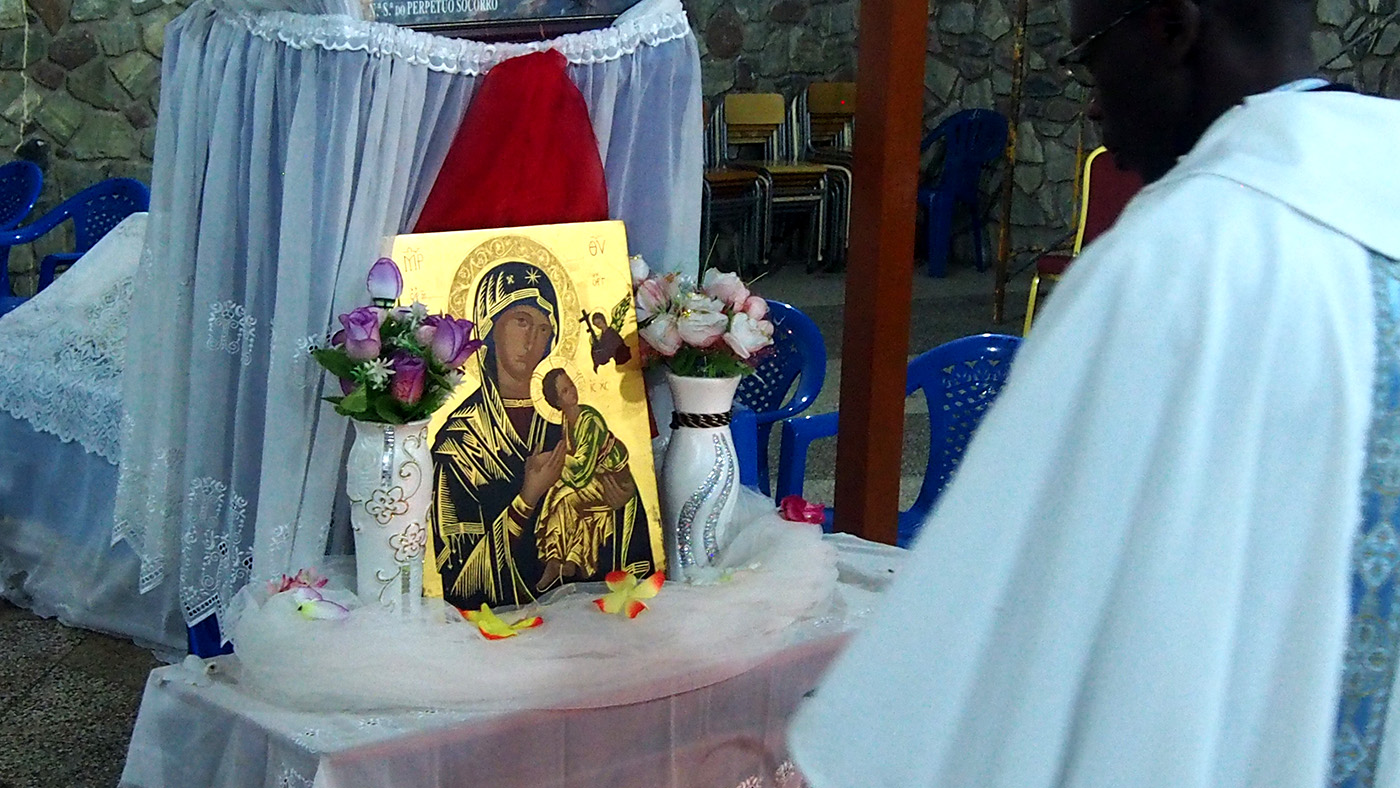 The Icon was brought to our community of Cunhinga from the community of the Preparatory Institute of Kuito-Bié; from there it was also taken to the Christian community of Chissindo (Kuito-Bié suburbs), organized by the Redemptorists of the Seminary. The Director, Fr. Illyrian Troco Vieira, and a group of seminarians, solemnly introduced it into our parish church, performing beautiful Marian polyphonic hymns. The pastor and superior of the community, Fr. Agostinho Lumbangue Leão, and a large group of faithful who waited for a few hours for its arrival, under heavy wind and rain, received it. People were very emotional at the moment of unveiling the Icon, followed by it was the Eucharistic celebration and the novena of Our Lady of Perpetual Help. 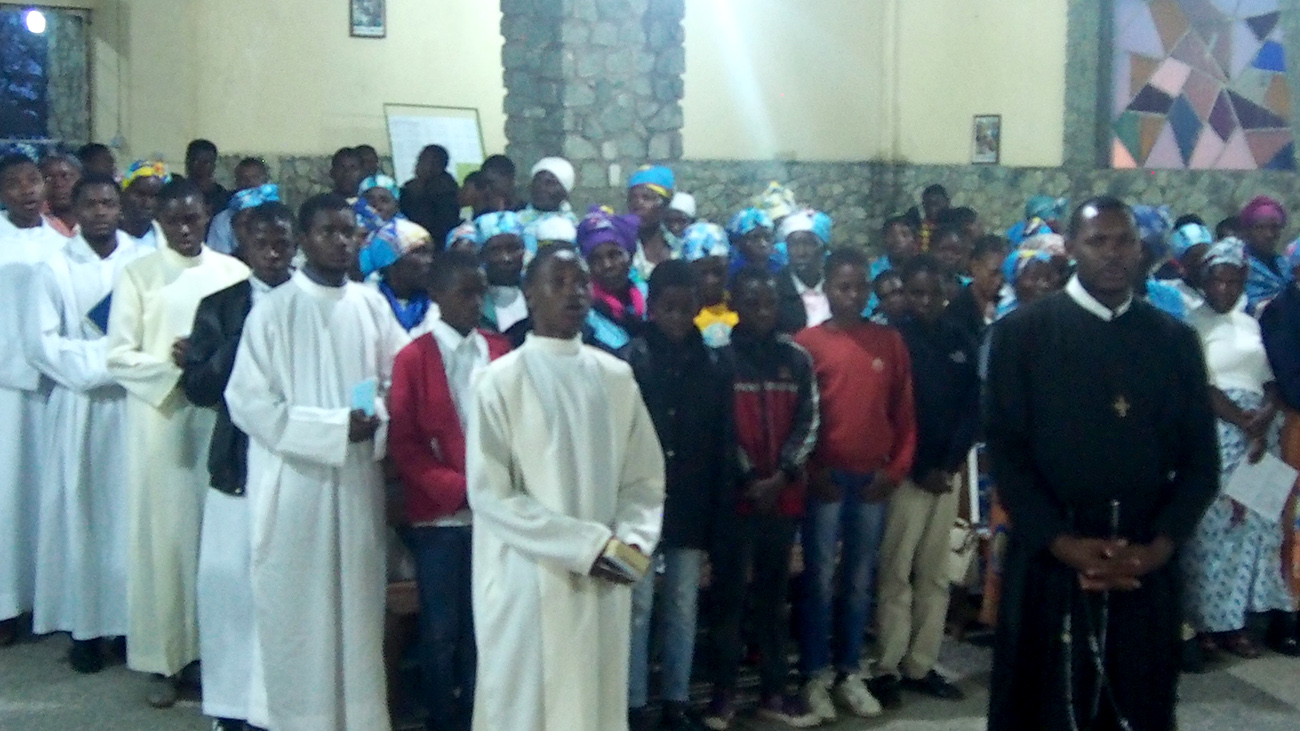 During the visit to Cunhinga, there was a solemn Eucharistic celebration on Sunday 15. From Monday to Friday, the Icon will visit the various chapels – substations of the parish, in a kind of missionary animation of these communities. Then, on the same Friday, October 20th, it will be taken by the pastor and a layman to our community of Menongue, 300km to the southeast. From Angola then the pilgrim icon will be taken to Zimbabwe.

In our country, people see the rain coinciding with an event as a sign of divine blessing. The visit of the Mother of Perpetual Help is surely a sign of God’s love for his people – especially the poorest. May the Lord give us strength, so that we can proclaim, through the intercession of the Mother of Perpetual Help, the abundant redemption in the wounded world of Angola and Africa.