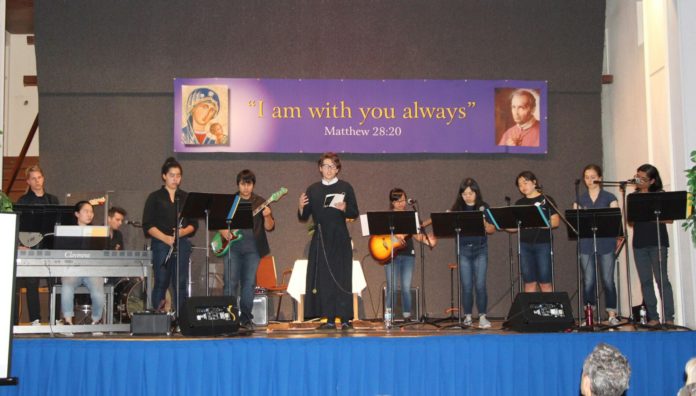 (Vancouver, Canada) Members of Vancouver’s OLPH Youth Ministry had an amazing summer! They worked together to present the life of St Alphonsus in story and song which became a road trip they took…all the way to Grande Prairie and Saskatoon. It was like a touring rock group! We had to pack everything – keyboards, guitars, drum kit, mixing board, amps, speakers, mics and cables not forgetting eight youths, five adults and all their luggage.

A lot of work went into the preparation of this unique little telling of the story of the life of St Alphonsus using contemporary praise and worship music. It was no easy task condensing the writings of this deep thinker into what turned out to be 12 minutes of script and a lot of music. The idea was not just to tell the story of his life but to convey some key messages from his writings. If he weren’t a saint, he might be turning in his grave! 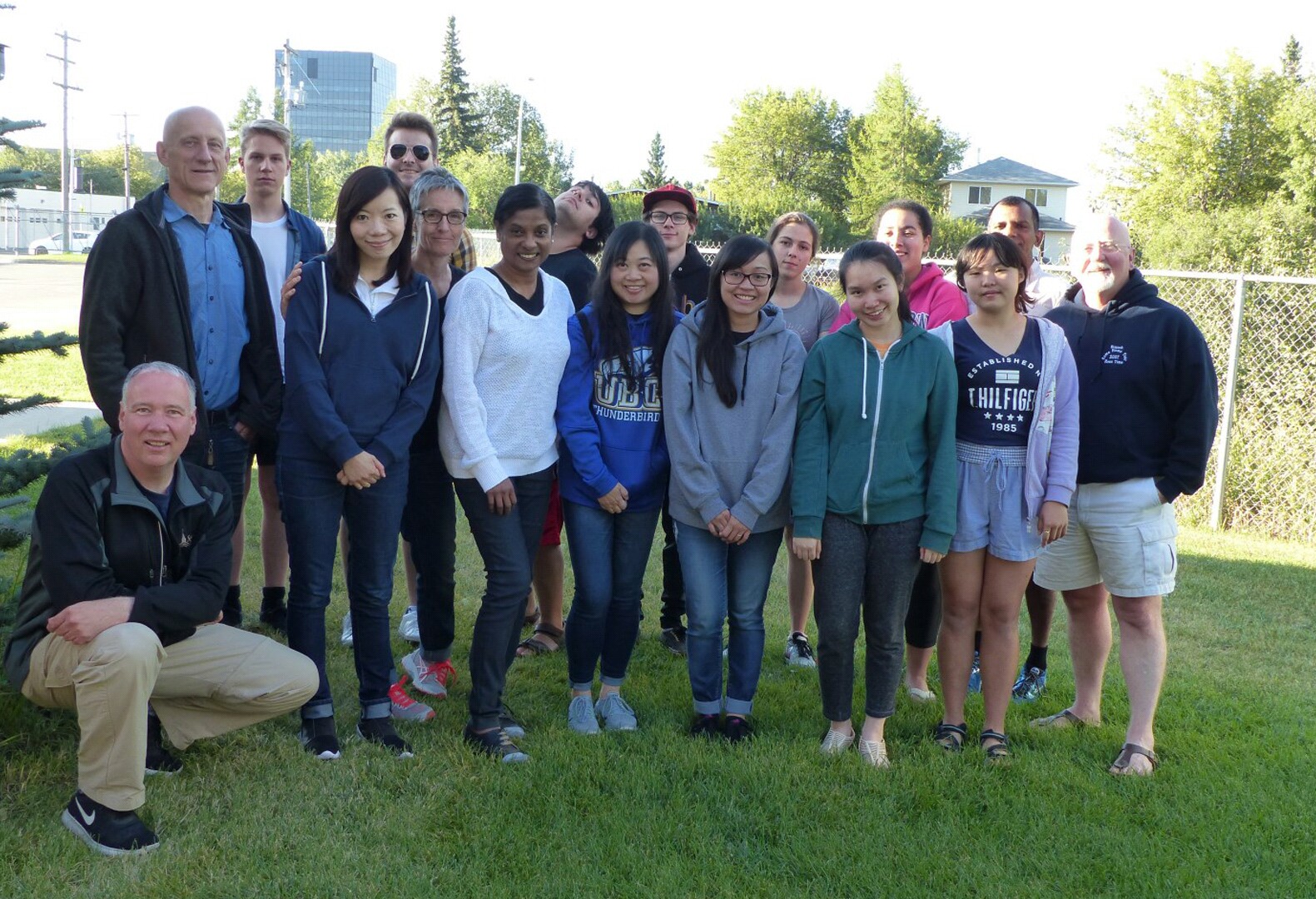 The drive from Vancouver to Grande Prairie was longer than our pastor promised (!) but when you’re travelling with young musicians you can be sure there’s no lack for entertainment. Never have we heard such an eclectic mix of musical preferences and modes of air guitar and percussion from the back seats of two vans.

Once we got to St Joseph Parish in Grande Prairie, there was no time to lose. We had a packed schedule planned by Fr. Remi, his assistant Fr. Leo and the wonderful volunteers who made sure we would never wemt hungry. The youth were thrilled with their host families and wished we had an extra night or two with them. Our program included visits to the Beaverlodge Bee Diagnostic Centre and the Philip J Currie Dinosaur Museum which were both amazing learning experiences and great photo ops for all!

One of the highlights of our trip was taking a small relic of St Alphonsus with us. This was displayed during a prayer service held just before the concert began. We were thrilled with the turnout of visitors and parishioners. In Grande Prairie, Archbishop Pettipas dropped in to attend the concert. It’s a good thing we didn’t know he was coming…we were spared the jitters!

At St. Mary’s in Saskatoon we were in Fr. Babu’s old stomping ground. It was obvious he was well remembered and loved by many parishioners. This time we stayed in parish facilities – guys in the rectory and girls in the parish hall. It was very kind of the pastor, Fr. Ciro to give up partial use of his office during our stay. We also had the pleasure of meeting the recently ordained Fr. Graham who we discovered was quite a chef in his past life! We had a taste of his cooking at a wonderful barbeque organized by Fr. Ciro and the Youth group of St Mary’s. It was great to connect with so many young people who were very outgoing and willing to share their life stories. We extended an invitation to them to visit us in Vancouver. We would love to host them too.

Another highlight for the youth was the opportunity to reach out to the poor and homeless who came to the Friendship Inn in Saskatoon. Donned in hair nets and gloves, it seemed at first, a daunting task to serve lunch to the long queues at the door. But once we got into the swing of it, we were pouring tea, dishing out sausages and desserts and clearing tables like old pros. All told, the youth did an amazing job. Fr. Babu was always in good spirits and probably had more energy than the rest of us put together! At the end of the concerts, we were encouraged by the kind words and comments of many who came to the concert. A couple of people said that they had not realized how much St Alphonsus had to suffer over the course of his work in the founding of the Redemptorists. We said, well it all worked out…it has a happy ending!