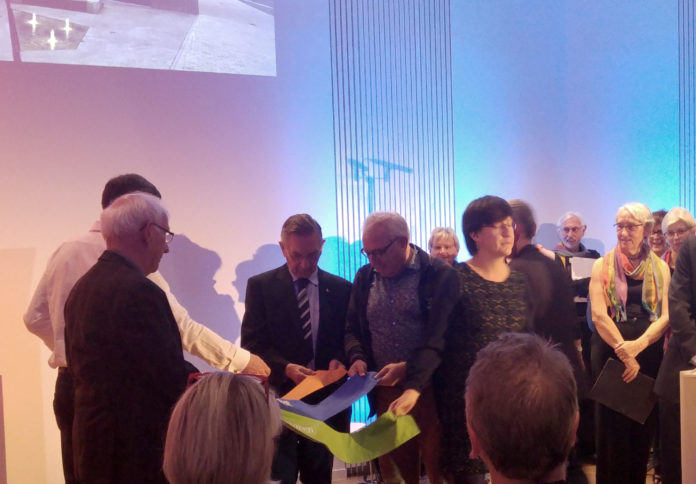 (Belgium) On 29 September 2017, a new pastoral project of the St. Clemens Province was officially opened in Ghent, Belgium. It is called Clemenspoort (Clemens Gate) and is situated on the premises of a former Redemptorist monastery. The building consists of a foyer, reception and bar, a large multifunctional chapel (the Pearl), a day chapel (the Source Chapel) and conference rooms. At the terrain there is also a residential building, the Clemens House, were a small community of professed Redemptorist, some associated members of the Province and other lay people live in a sort of ‘Beguinage’, a community of communities.

In the Clemenspoort the Christian base community Effata, founded by Fr. Guido Moons C.Ss.R. (1953-2014), is present as an equal partner of the Redemptorist. They use the chapel for their own celebrations and supply the majority of volunteers for the pastoral activities of the Clemenspoort. The lemma of the Clemenspoort is: to celebrate– to connect – to renew. 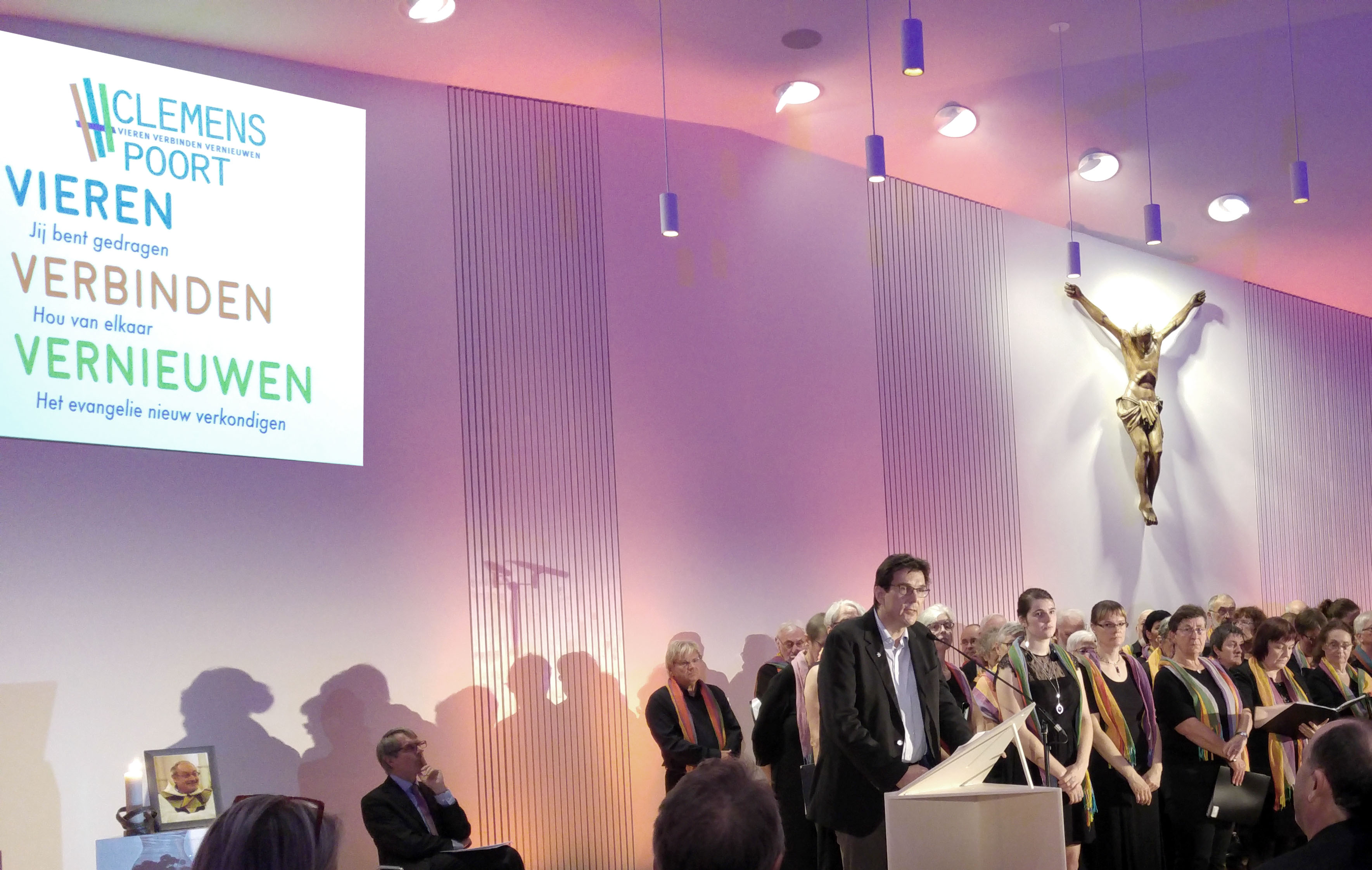 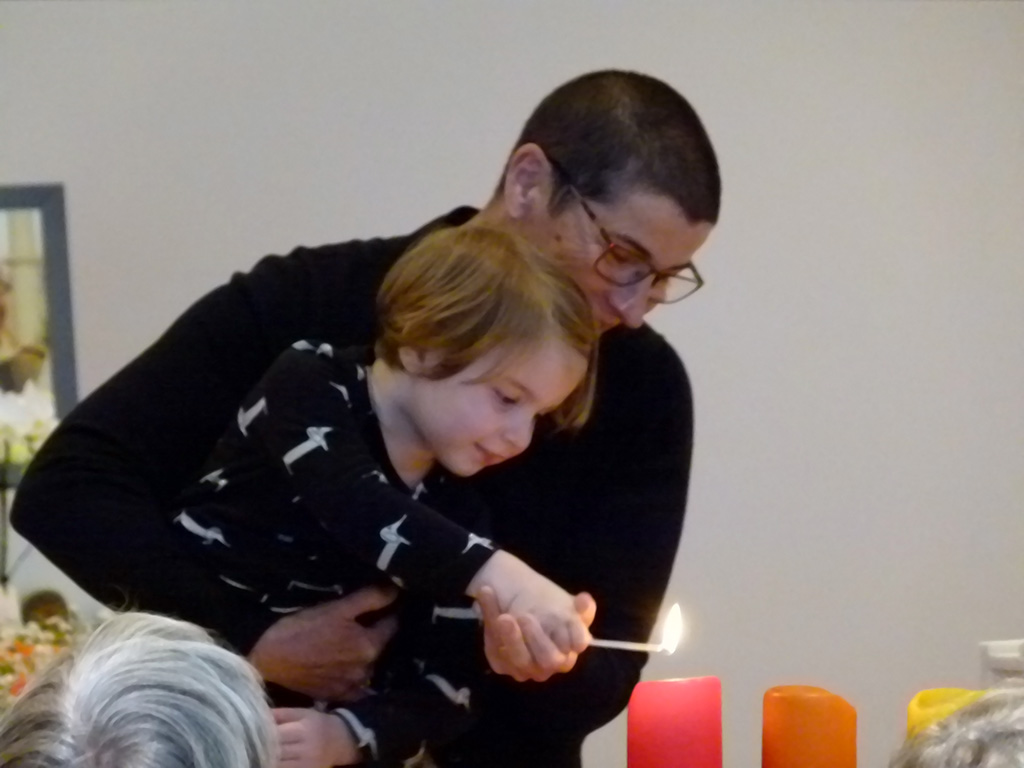 At the official opening the Provincial of the St. Clemens Province, Fr. Johannes Römelt, said: “Is it crazy for us Redemptorists to start a new project, to build a new church and a new monastery? In this time of secularization, where all around us churches are closed, parishes merged together? The answer: as religious we have to dare to experiment, we have to go new ways. This is – so called – part of our DNA; it is in our genes. Throughout time, religious communities have always done this. For us, this could also mean: to build a new house. And above all: a new way of living as a Christian community and reaching out to people.” 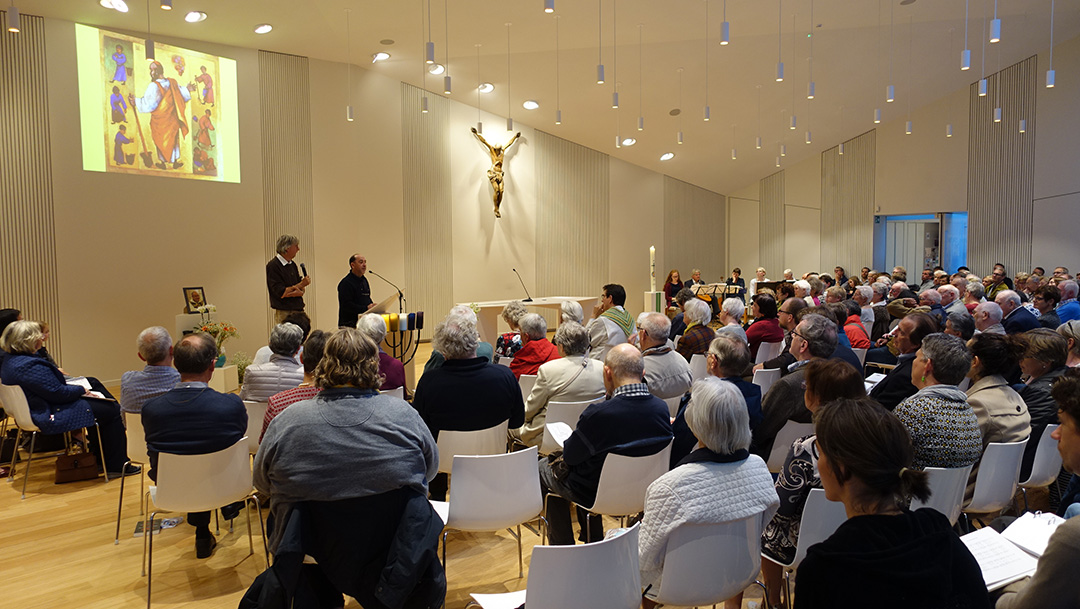 There were also speeches by the Mayor of Ghent who stressed the importance of connection, creation of bonds in society and the dean of Ghent who looked forward to a good cooperation with the local church.

The two days following the official opening were ‘Open Door Days’. More than 1,700 people came to visit the place and participated in guided tours. This large crowd was partly the effect of the broad media exposure of the opening of the Clemenspoort, even on national Flemish radio and television channels.