(Germany) For their summer retreat, the Province St. Clements invited as the speaker this year Fr. Piotr Chyła, director of the Centre of Redemptorist Spirituality in Rome. The theme of the retreat was Evangelical Solidarity, inspired by the theme of the Sexennium ‘Witnesses of the Redeemer: In Solidarity for Mission to a Wounded World’. The retreat was held from Sunday Evening, 20 August until Wednesday Evening 23 August in the Kardinal Schulte Haus in Bensberg, Germany. This is a retreat house and conference centre of the Archdiocese of Cologne.

Every morning and afternoon there was a short impulse from Fr. Chyła. In the morning, the 60 participants, Redemptorists, associates and lay partners, aged between 40 and 89, were invited to use the remaining time for personal reflection; in the afternoon, the possibility was offered to comment and exchange in small groups. 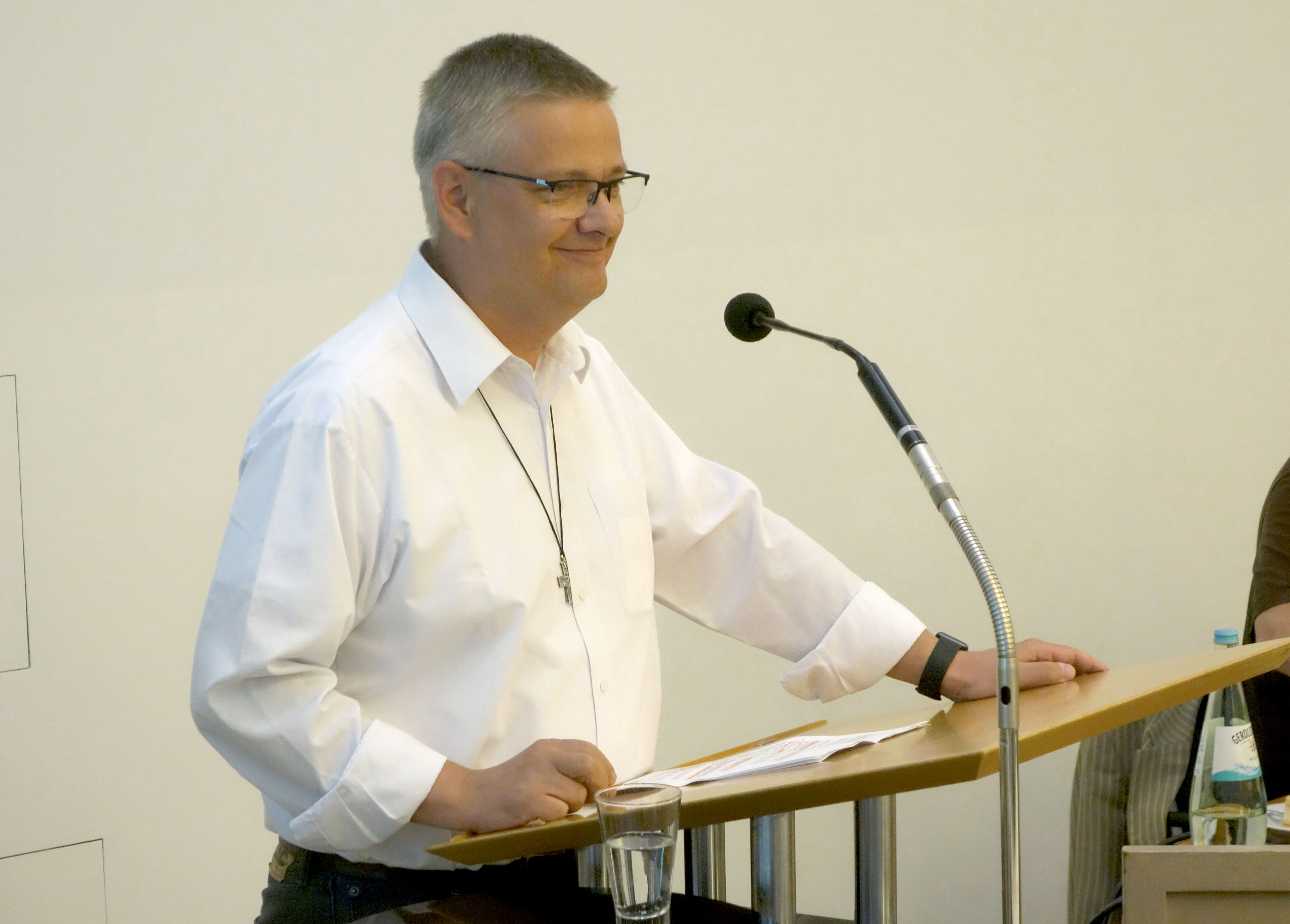 Fr. Chyła presented his reflections in English; written translations were available in Dutch and German. This worked very well. The morning prayers, daily Mass and evening prayers were prepared by several of the participants and were always a mix of the two main languages of the province, German and Dutch.

The annual retreats of the province are also a precious time of encounter and living friendship among the participants of the four countries of the Province: The Netherlands, Belgium (Flanders), North-Germany and Switzerland.

At the end of the retreat Fr. Chyła had some very warm and moving words for the group present. Being aware of the precarious situation of the Redemptorist presence in de North- and Western-Europe and North-America, he was taken by the energy and commitment of the participants: “I really saw lights in your eyes!” Like always, someone of the participants said: “This was the best retreat ever! I’m already looking forward to next year, for a new push of energy.”

Following the retreat, the province celebrated the jubilees of the year 2017 on the Province Day. The day started with a mass in which also the fourteen Redemptorists that died between August 2016 and August 2017 were commemorated. Seven confreres, who celebrate a jubilee in 2017, were present and received a commemoration candle.
After Mass, a group picture was taken, followed by a reception to congratulate the confreres and a banquet. It was a really day of gratitude, solidarity and friendship.