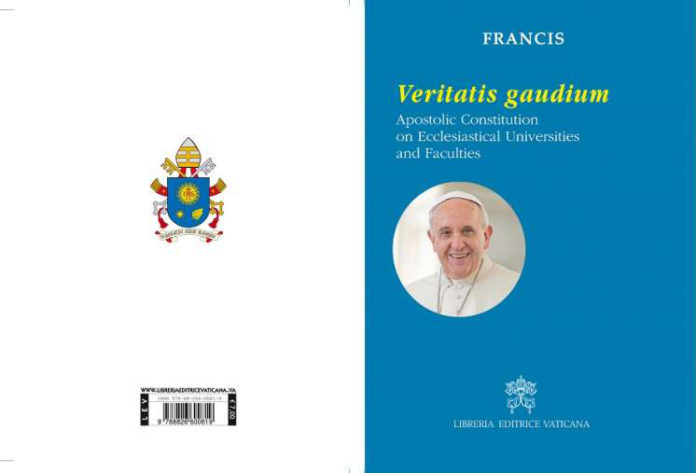 This document is very important for the Redemptorist world, both for the Alphonsian Academy, Higher Institute of Moral Theology and for all our theological centres recognized by the Holy See and by the local episcopal conferences.

From a quick reading of “Veritatis Gaudium,” it is possible to grasp some stimuli that all the theological faculties of the world will have to implement and apply.

These can be summarized as follows: all theological institutions will be evaluated by the agency of the Holy See for the promotion and quality of AVEPRO (as has already happened for the Alphonsian Academy); some courses can be followed by the students even at a distance by online (if the courses of studies are approved by the Congregation for Catholic Education); is asked to develop a greater interdisciplinarity between philosophy, theology and science; procedures must be facilitated to allow refugees to access theological studies; at the request of the students it will be necessary to offer the ‘Diploma Supplement’, that is to say, the university students can request, besides the marks of the courses, a document with more information about the contents of the courses followed; it will be possible to confer other degrees or academic degrees.

This new legislation must be implemented by all 289 Ecclesiastical Faculties and 503 Associated Institutions (ie affiliated, aggregated and incorporated), for a total of 792 Institutes present all over the world. To these ecclesiastical faculties must be added the 28 Universities and Universities, in which there are more Faculties. Among the Faculties 160 are of Theology; 49 of Philosophy; 32 of Canon Law; 40 of other disciplines. The total number of theology students is 64,500. The number of teachers is 12,000.

The Alphonsian Academy, like all the other universities, is called to review its statutes on the basis of these concrete indications of the Apostolic See by December 8, 2019. The statutes reviewed and submitted for approval by the Congregation for Catholic Education, will have to take into account the teachers with regard to their study plans and also the officers with regard to the governance to the economic administration.