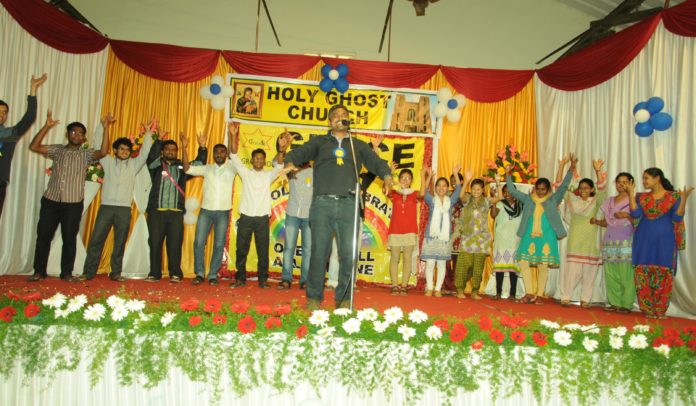 (Bengaluru, India) Brief History:  Bangalore (also known as the garden city of India) is one of the metropolitan cities in the state of Karnataka, India.  It reflects the Indian situation within itself very well, i.e., the attractive economic growth on the one hand and disgraceful poverty on the other hand.  The poor live in the peripheries of the social status and so are vulnerable to many social injustices.

The Redemptorist Theologate at Mt. St. Alphonsus in Bangalore is situated with few slums around it, one of it is called the Bagalur slum, situated just next to our compound wall.  This particular slum was created in the 1970s when Bangalore central city was getting ‘developed’ and so these slum dwellers (mostly are migrants) were displaced next to our compound wall as it was almost the geographical periphery of the then Bangalore.

Since that day this slum was created, there had been our Redemptorists’ ministry to them by various ways and means: house visiting, pastoral care, economical aids and so on. There is a high school named after St. Alphonsus which is run by the Redemptorists to educate especially the children from this slum. 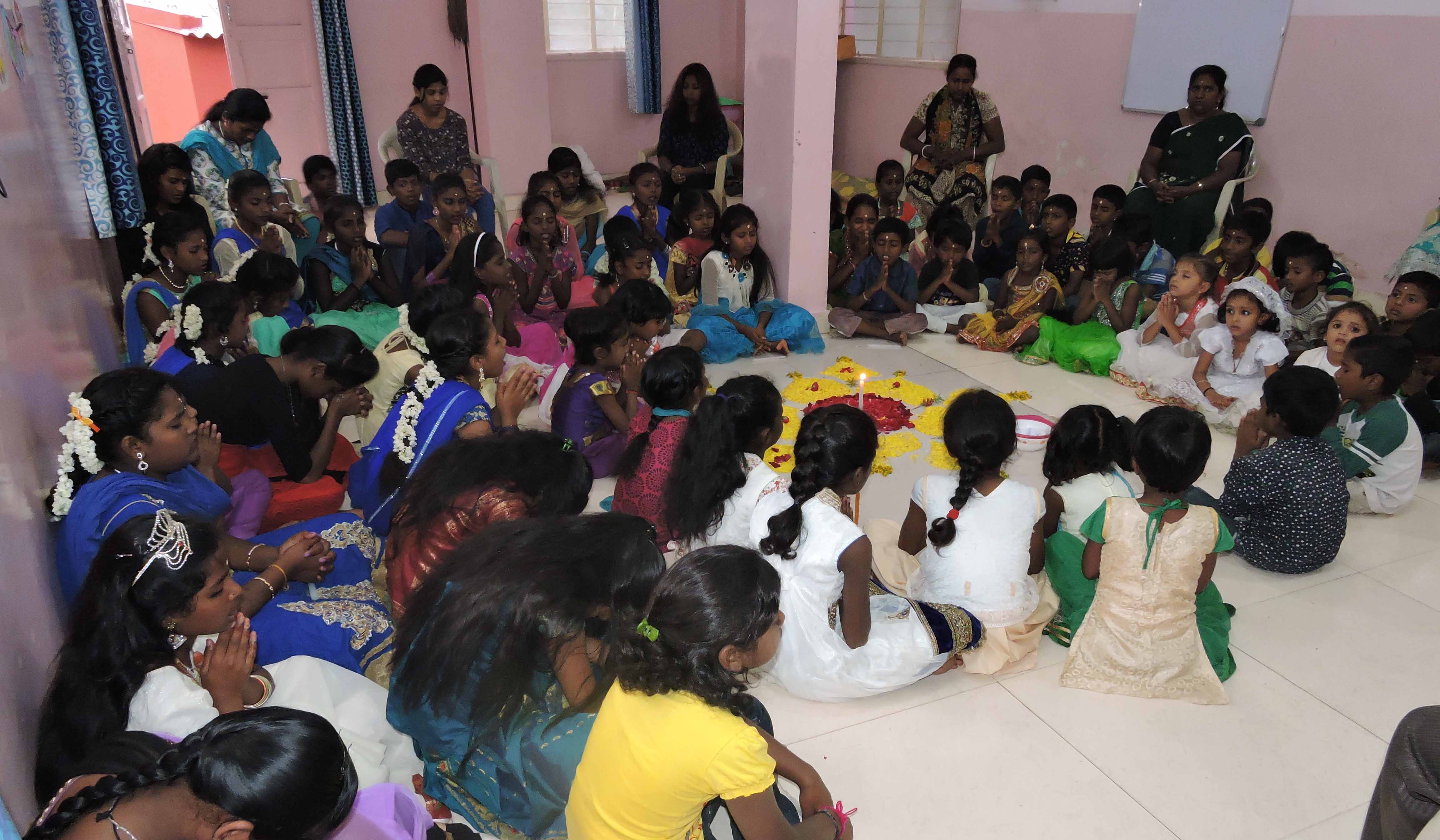 Therefore, house visiting in Bagalur slum is one of the pastoral activities of the students of Theology from Mt. St. Alphonsus, the Redemptorist Theologate.  In the year 2015 March, being the socius and pastoral coordinator, along with the students evaluated our pastoral involvement of that semester.  During this time of evaluation, it came across, that we better do something more than merely visiting the families.  It was then decided that we can provide ‘evening tuition centres’ for the students as they lack good facilities to do their studies after school timings.  In the following semester (June 2015, in the new quadrennium) the project was presented to the Seminary Council and it was taken up as a community project, the ‘target-group’ of the theologate community. 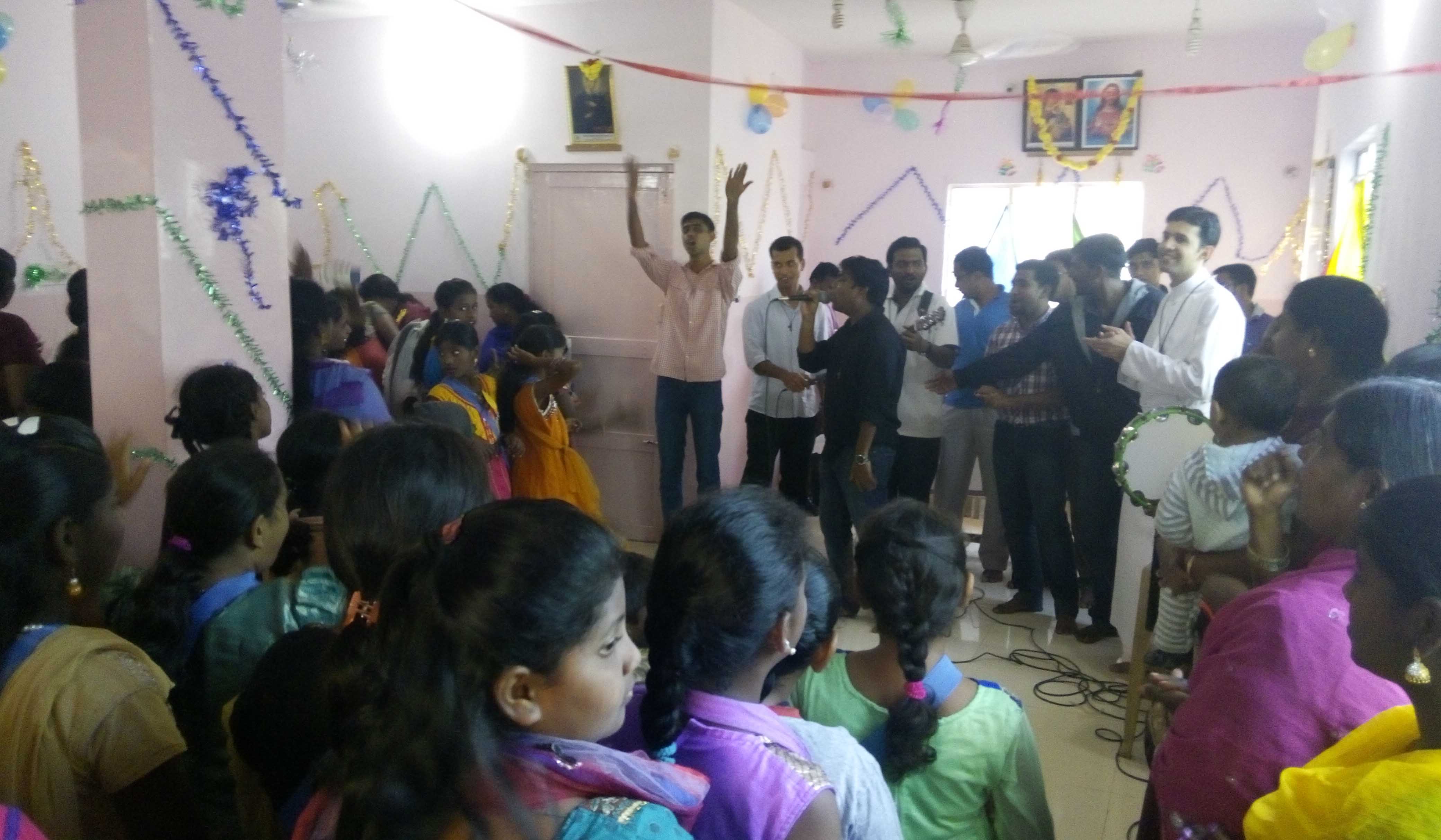 The tuition centre project was agreed to be carried out in collaboration with an NGO called GRACE: Grass Root Action on Community Empowerment, founder and President Mr. Bosco Antony, one of our local parishioners at Holy Ghost Church, which already runs several similar tuition centres in close by slums.  It was agreed that this foundation that would look after the daily running of the centres with regards to providing teachers, maintenance of children’s records and the like.  Collaborating with this NGO has given us a platform for lay collaboration on missions and also the collaboration with people of other denominations and faith traditions as the staff with whom we work and children for whom we work belong to various other faith traditions.

The following are the tuition centres of this project:

There are about 150 children who get benefited by this project every day. 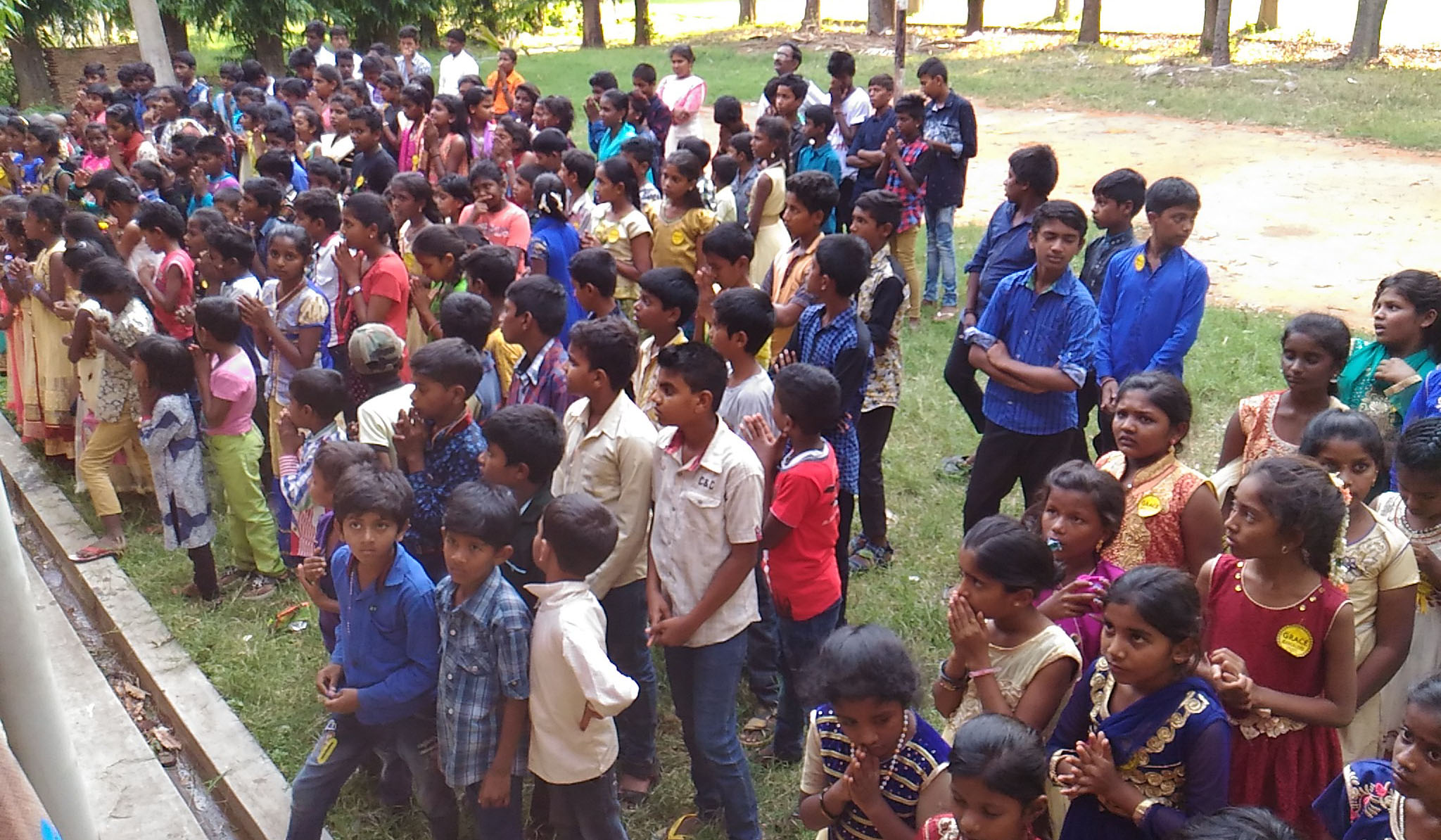 Various programs other than studies:

The evening study centre does not limit itself to mere studies.  It also extends to run various other programs like:

Leadership training program for the children: Leadership training program was conducted during October 2016 to February 2017, to in-build the leadership qualities in the girl students especially by training them in a professional manner and in this way to motivate the girl child to face the challenges of the world and to make them good leaders of the society. The program was conducted by Hunter Murray foundation, introduced by Fr. Lawrence CSsR.

Periodically ‘women empowerment’ programs are organized to celebrate ‘Women’s day” during which awareness of their rights and awareness on their health and hygiene are addressed.  We collaborate with people who are specialized in this field especially when they need to be trained.  We are also conducting ‘home food-medicine’ seminar for women. 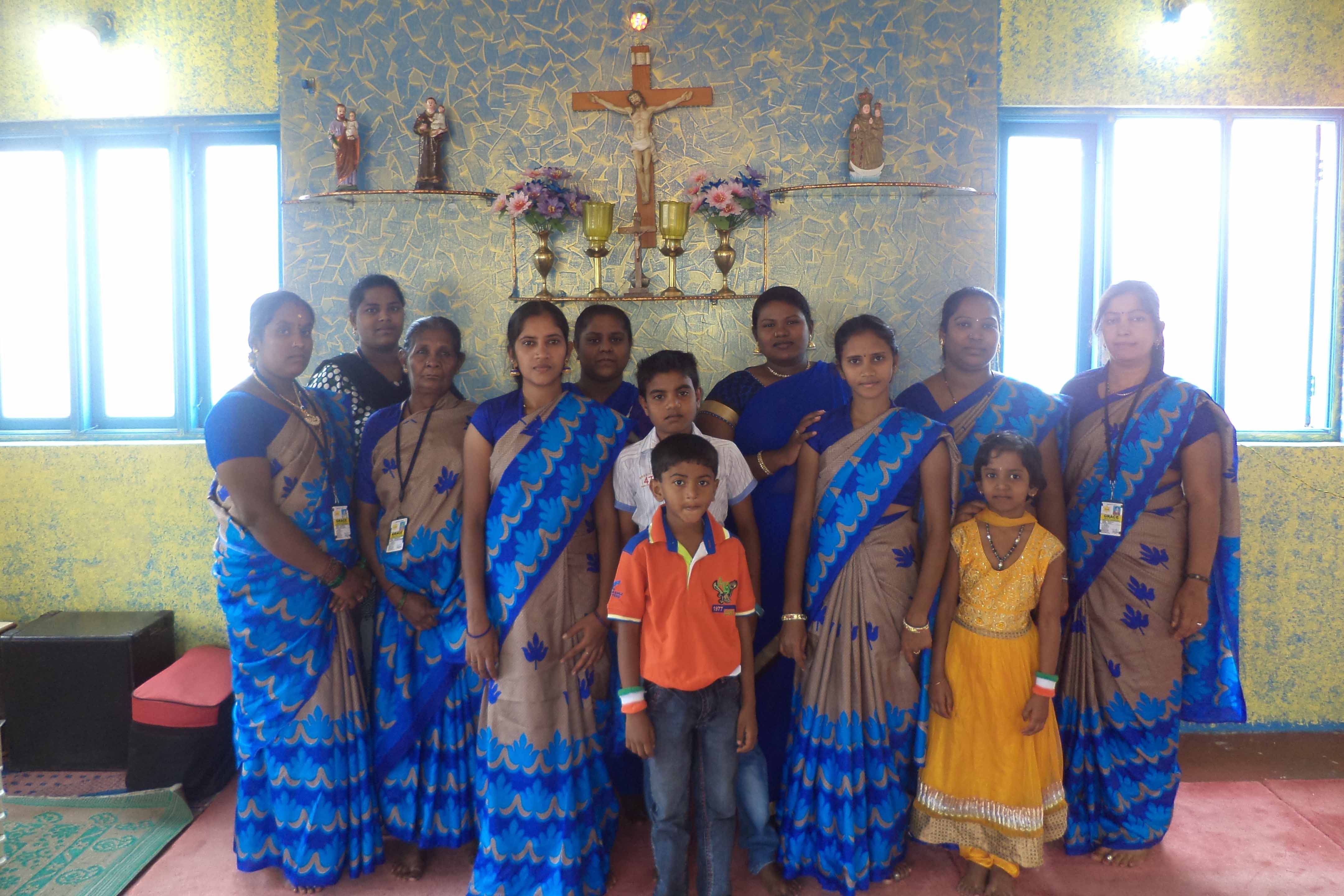 Child Right Program: Child right awareness programs are conducted to bring about awareness of their rights.  A professor of Kristu Jayanti College came forward to address the gathering, especially insisted on their: right to life; the right to participate; the right to development; and the right to protection.

Summer Camps: During the summer vacation (in the months of April and May) we conduct special programs, training them especially in Kannada (the language of the State), in English and in Computer.  The children are divided into three groups and each group has one-hour training in each of the section with the rotation.  At the end of three hours in a day they would have spent an hour on each program, this goes on for about 50 days.  The children come so eagerly and participate in all the programs even though it is their holidays. 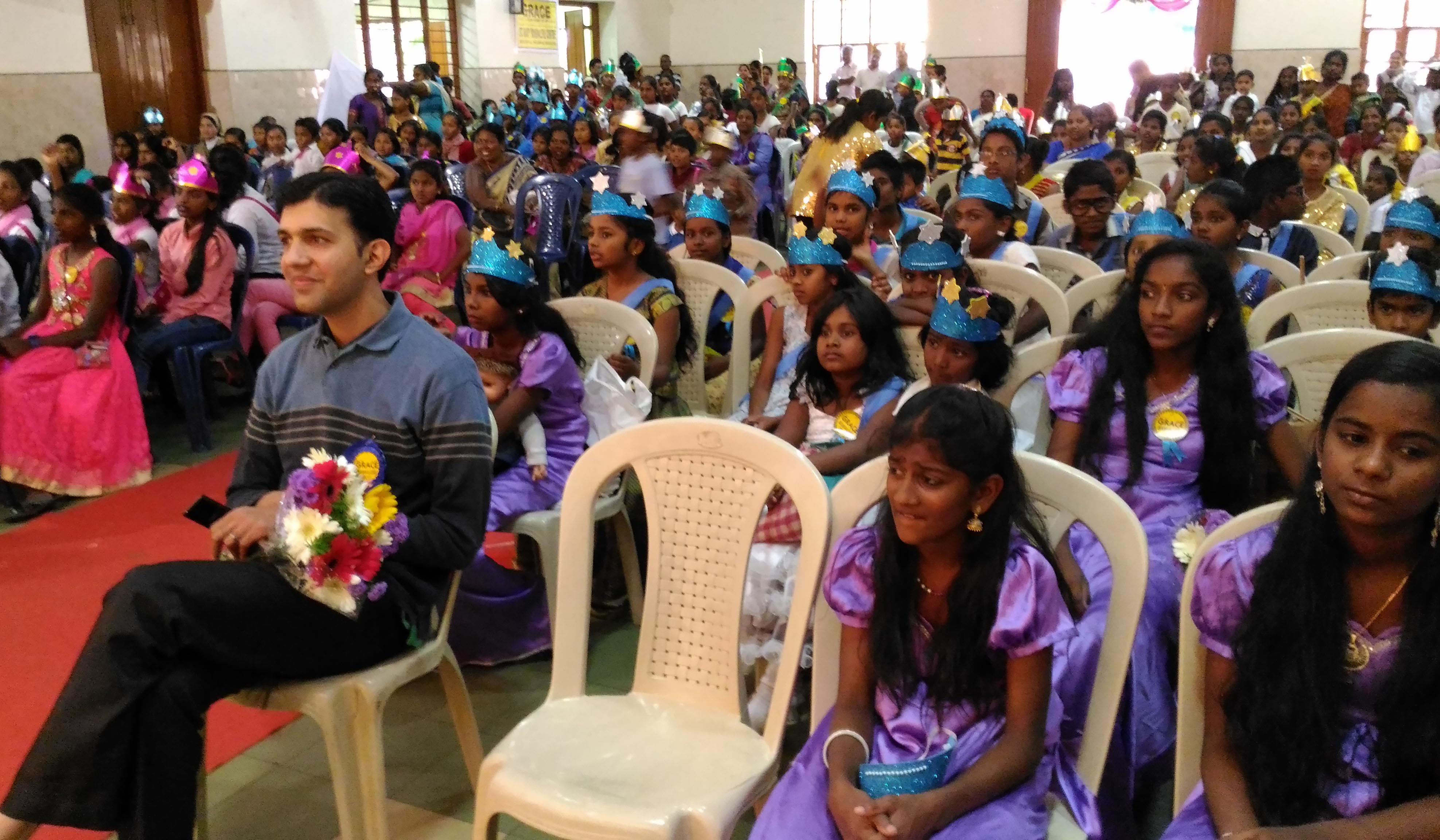 The culmination of these summer camps has taken place in our seminary premise.   It is the program for about two full days with inputs, cultural programs, games and so on.  All the items are made sure that they address the theme of the gathering: ‘What are my rights; what are my duties; what is my goal and how am I to plan to reach my goal’

Ministry in this fashion gives me a sense of Alphonsian spirit who went to the extent of teaching mathematics to the uneducated who were cheated by the landlords.  These are the poor of the Scala who live in our vicinity.  These are the poor who need the Good News of Redemption; to be released from the clutches of their oppressive situation, to receive sight to see the rays of hope.  We don’t claim to have achieved great, nor have we addressed many other major problems that are prevalent there like drug addiction, alcohol addiction and the like that makes them easy prey to the exploiters.  But the effort that is taken is one type of answer towards eradication of those problems.  So the future of these children is made hope-filled.