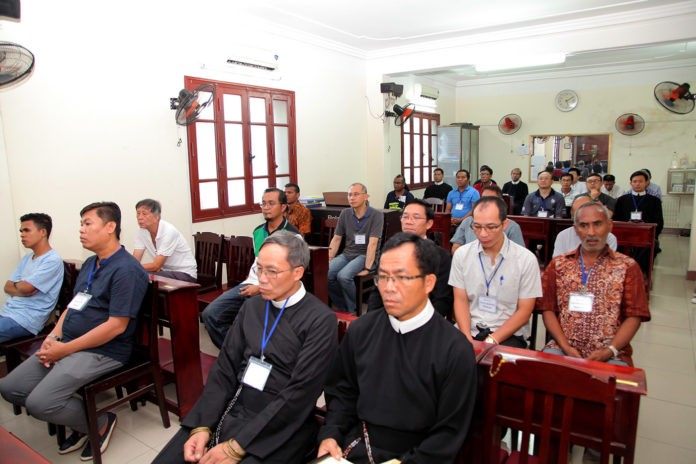 (Hanoi, Vietnam) From July 10 to 14, 2018, 32 Redemptorist Brothers from all over the Asia-Oceania Conference gathered for five days of fellowship, prayer, reflection, study and discussion.  This was scheduled so that the Brothers would have a chance to know what were the proposals on the Brothers approved at the XXV General Chapter, to discuss the implications of these proposals for their respective units and to give feedback to the Brothers Commission on their ongoing discussions regarding how best to implement Brothers’ promotion and formation in the contemporary period.

The Brothers gathering took place at the Vietnamese Redemptorist house located at 18012 Nguyen Luong Bang Dong Da in Hanoi, Vietnam.  Most of the sessions were held in the 8-storey building across the Joseph Nguyen Ngoc Bich church.  Some of the 32 Brother delegates were housed in the same building, while others were booked in the nearby Ngoc Lan Hotel.

As of 2018, there are 59 Brothers across the 13 units of Asia-Oceania.  The Units with most Brothers are Vietnam, Indonesia, Thailand, Cebu, Manila, Singapore.  The other units have only one or two Brothers who are mostly in advanced ages and who were not able to attend this gathering. Bro. Jeffrey Rolle CSsR, a member of the General Council was also able to attend this conference as he served as one of the resource persons.  Four Redemptorist priests also attended. Two of them – Fr. Daminh Nguyen Duc Thong CSsR Vietnam and Fr. Tomas Wungo CSsR Indonesia, served as translators. Fr. Ben Ma, Asia-Oceania conference Coordinator and Fr. Jong Hoon Lee CSsR Korea, also joined the Brothers at this gathering.  On the third day, Fr. Joseph Bich CSsR, Provincial of Vietnam addressed the group who expressed their deep appreciation to him and the Province for hosting this event.

On the first day, Bro. Rolle led the Brothers in a recollection which began with his report on the current situation of the Brothers in the whole congregation (including statistics that showed the critical numbers of Brothers today) as well as a summary on the result of the survey conducted by the Brothers’ Commission.  This summary included information on the various ways that the Brothers’ vocation is promoted and the problems involved, the initial formation and its limitations, current mission tasks of the Brothers (which show a wide range of ministries), the Brothers’ identity (or lack of it and therefore the need to define this) and the challenges we face in the future.

Small group sharing took place per unit after the input and silent reflection centering on how the Brothers saw the role of the Brother, their thoughts on their identity, what would be their proposals in the area of formation and how we can approach the challenge of changing the mentality inside and outside the Congregation regarding the way the Brother is perceived. There was also a chance for the Brothers to share what had been the happiest moment of their lives as Brothers and the stories told were heart-warming. 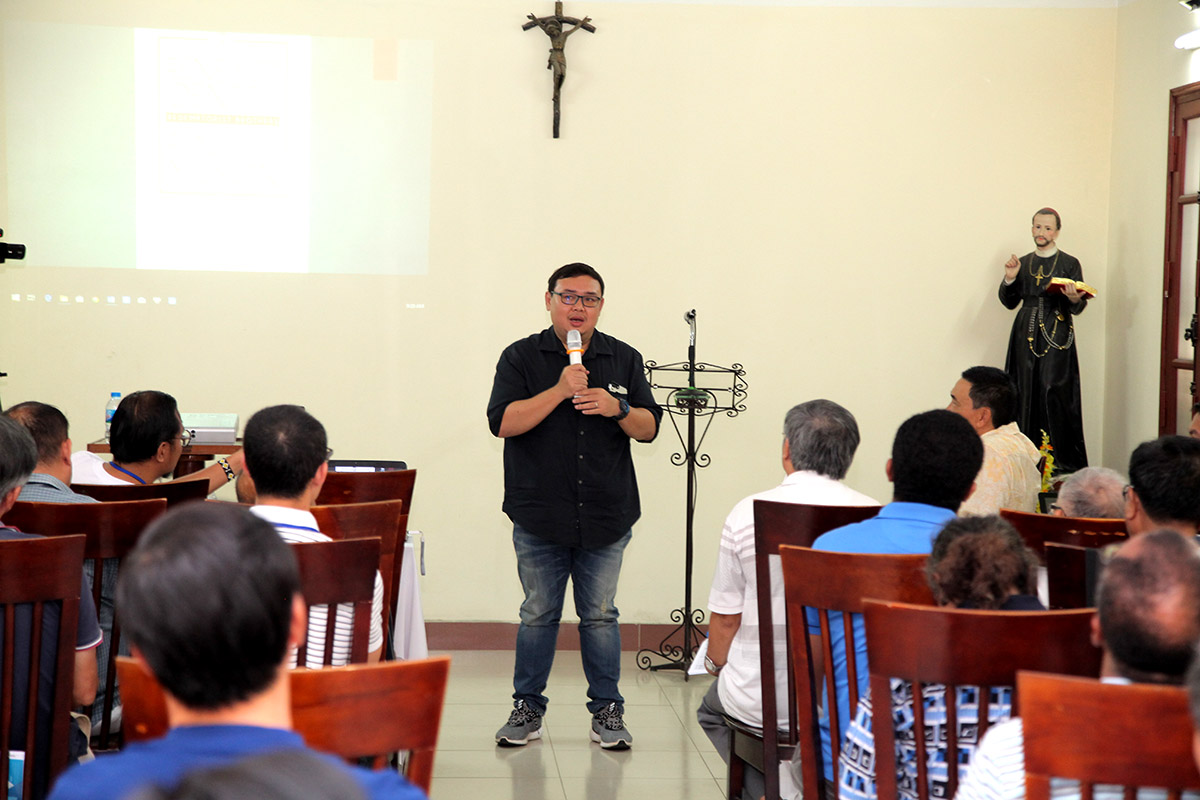 The Morning Prayer which began with the days’ sessions were prepared by the various units. The Eucharistic celebration always capped each day of the gathering and the Vietnamese Brothers provided the songs as they loudly sang Vietnamese hymns.  On the last day, the Mass celebrated the feast of the Most Holy Redeemer.

This gathering, however, was not only constituted by prayer, reflection, study and discussions. There was time for being Redemp-tourists and have fun and happy bonding with one another.  Through the help of postulants and other formands living in Hanoi, we were able to visit some of the beautiful tourist spots of Hanoi: the St. Joseph Cathedral, the Hoan Kiem Lake and the sights around the lake, the Opera House and downtown Hanoi frequented by tourists. We also spent a whole day in Ha Long Bay, a beautiful resort location in Vietnam which attracts thousands of tourists for the majestic beauty of the mountains, caves and isles.

Most of us left Hanoi for our respective homes between Saturday, July 14 and Sunday, July 15.  All left with beautiful memories of this gathering thanks to the hospitality of the 40 Redemptorists assigned in the Hanoi house, as well as the 15 postulants who served us with delicious Vietnamese food.  Thanks to Fr. Joseph Nguyen Ngoc Bich CSsR, the kind and gentle Superior of the community who made sure we were served the best. Thanks also to the Committee who took charge of organizing the event, namely: Bros. Celestine Toh CSsR, Allan Manzano CSsR, Regan Gatdula CSsR and Anton Nguyen Duc Huynh CSsR.  Regan, Anton and Boonmaneeprasert Athikhom CSsR are the present members of the Brothers’ Commission for Asia-Oceania and will be in-charge of making all the necessary follow-ups for the future.

With deep trust in God’s compassion, the inspiration of Our Mother of Perpetual Help and the guidance of St. Alphonsus and St. Gerard, the Brothers in Asia-Oceania look to the future with confidence that their role in the Congregation will continue to prosper and that they will continue to witness to plentiful redemption in whatever ministry they are engaged in.