(Kirchhellen, Germany) The Youth-Monastery Kirchhellen is an international community with younger and elderly/old people and belongs to the Province St. Clement of the Redemptorists. Here the Redemptorists together with lay people work in pastoral care and are engaged especially in pastoral care of children and young people, the housing and the care of refugees and the formation of young people being at a disadvantage.

The Wisma Sang Penebus is the formation house of the Indonesian Redemptorist Province. It is located on the Java Island at Jogjakarta. At this moment there are 55 students (with first or perpetual profession) from in its whole 148 members of the Indonesian province. Others 49 young men (novices, postulants en aspirants) in formation stay on the Sumba Island.

The Partnership between the Youth-Monastery Kirchhellen and the Wisma Sang Penebus at Jogjakarta was proposed by the community of Kirchhellen. It does find confirmation by the 25th General Chapter 2016 especially by the decisions no 6 (The Future of the Congregation in the Northern Hemisphere) and no 8 (Collaboration between Units and sister-partner communities).

The goal of the Partnership is the promotion of the missionary and pastoral work of Indonesian Redemptorists in this part of Western Europe. In 1957 the first Redemptorists of the former Cologne Province as missionaries came to Indonesia and the Sumba Island. It has been a very fruitfully missionary work so that in 2002 the independent Province of Indonesia of the Redemptorists was inaugurated. Also after that always there has been a good connection between the Indonesian province and the province S. Clement. Because of that today five Indonesian confreres live in the S. Clement Province. Three of them already do pastoral work here and two still are learning German or the Dutch language. Through our partnership, we want to make the young Redemptorists confreres a little bit familiar with the situation in Western- Europe. How? In the last section of decision no. 6 the General Chapter does speak about the preparation for possible work in the future in the Northern Hemisphere by studies of English and other languages in all initial and ongoing formation programs. We assume, that the students of the Indonesian Province do speak English sufficiently and instead of that we want to let them gain experience with the situation of the Northern Hemisphere. Therefore we offered the Youth-Monastery Kirchhellen as a starting point and invited 12 students who have done their profession and 3 fathers of the Indonesian Province from Jogjakarta, to visit the Youth-Monastery from July 01 until July 15, 2018.

Blessed Petrus (Peerke) Donders we asked for intercession for this partnership. On Tuesday 10th of July, we have been on a pilgrimage to the shrine of Blessed Petrus Donders at Tilburg (Netherlands). People from Kirchhellen also accompanied us. Together with the people there, we asked Peerke for help. In addition to the shrine, we also visited the church, where his font is located and where he does his first Eucharistic mass.

The provincial of the Indonesian Redemptorists, Fr. Yoakim R. Ndelo wrote in his letter: “Responding your invitation to the Indonesian students from our Province for the special collaboration with the community of Kirchhellen-Youth Ministry, starting with the visit of students from Wisma Sang Penebus Yogyakarta to Kirchhellen this coming July, we would like to express our grateful thanks for your great idea. We are happy to accept this invitation and at the same time to strengthen our commitment for future oft these two provinces”. 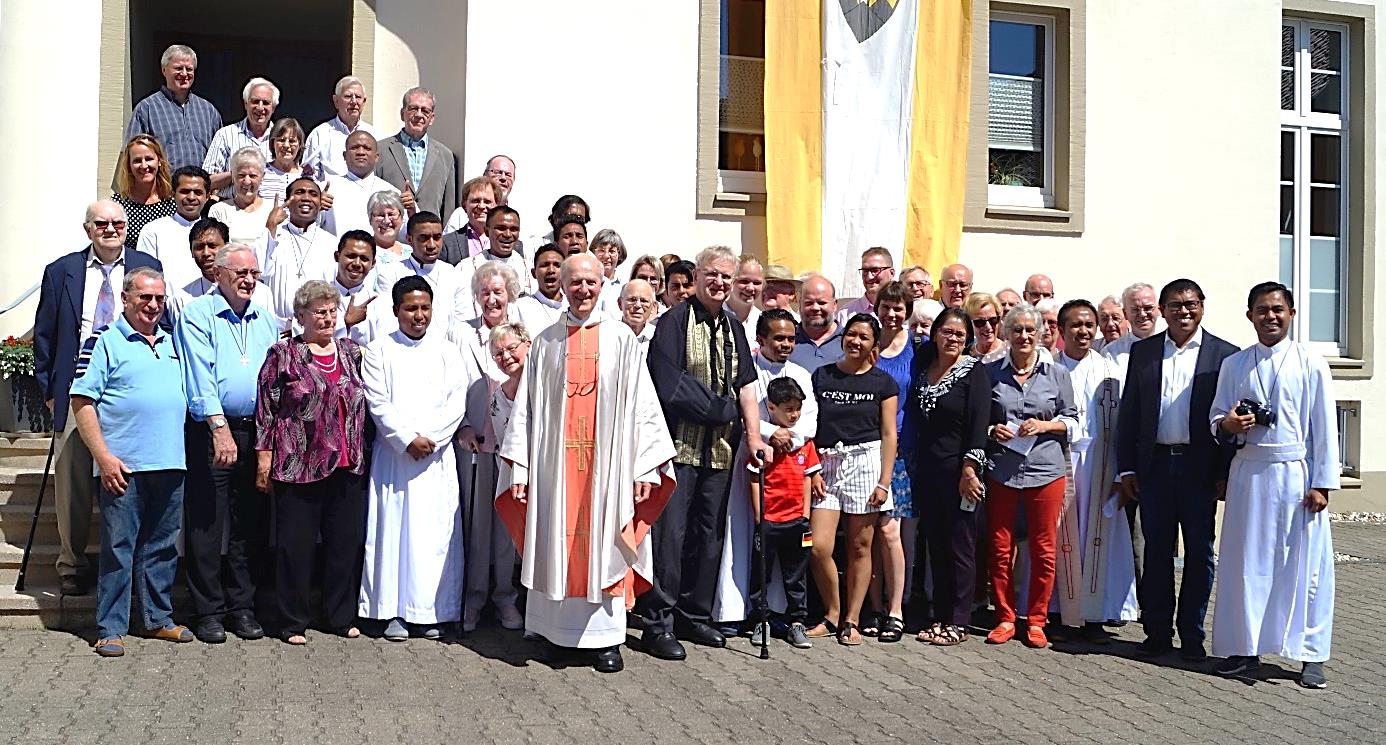 For the next steps at first we will in a joint conversation with the Indonesian Redemptorists evaluate this first visit and then we will decide about the follow-up action. May be, in the next period of summer vacation some students will come for a certain time to Kirchhellen and do together with others at place work with the children and the young people. Or some of them learn the language and continue their studies and live in our community at Kirchhellen. Together with the Indonesian Redemptorists, we try to do something for the future of the missionary presence of the Congregation in this part of Europe.