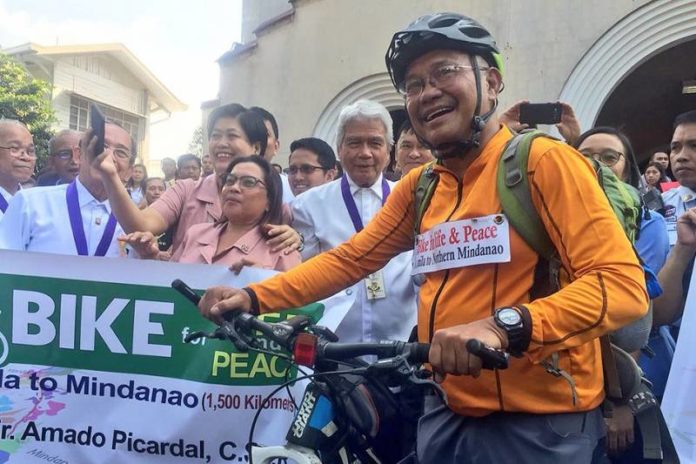 Fr. Picardal, a professor of theology and the official of the Episcopal Conference of the Philippines (CBCP), was one of the first critics of the deadly repression launched by President Duterte. The priest told Fides on August 27, that he was forced to retire “to a safer place, out of public view” after some men on a motorcycle, suspicious presence, began to monitor the monastery in the city of Cebu, where the religious lived. His safety was at stake: “I could not go out to ride a bike, run or walk because of security problems,” said Fr. Picardal. “I left my hermitage on the mountain and I moved to a safer place to continue my life as a hermit far from the death squads”. The Redemptorist added that he will continue to criticize “state killings” in spite of his security problems, and has confirmed that he is willing to testify before the International Criminal Court, where a proceeding is underway that sees President Duterte as the defendant, in report on the killings of the anti-drug campaign which, according to official data, has made more than 4,500 deaths by the police, and over 16 thousand victims, including innocent children and civilians, by bands of unidentified killers.

The Human rights organizations have reported numerous incidents in which policemen have killed unarmed suspects, and other evidence to confirm that the “vigilantes” gangs are in the pay of the military to do “dirty work”. The president’s spokesman, Harry Roque, said that Fr. Picardal should file an official complaint, referring to a High Court petition seeking to protect the human rights of anyone who feels threatened by state forces. In recent months, the priest has attracted the attention of the public and the mass media thanks to a long bicycle ride, which he carried out, to protest against extrajudicial killings.

In Davao, Fr. Picardal said he drew up a report on drug killings from 1998 to 2015 years in which Duterte was mayor of the vast port city and helped the Commission on human rights investigate the dead. Fr. Picardal said the investigations failed to block Duterte, because the witnesses “had been threatened”. The Redemptorist helped to provide shelter to former members of the repentant “death squads” of Davao, who could testify before the International Criminal Court. “This is probably one of the reasons why I was targeted by these vigilantes today,” Fr. Picardal told Fides. Before Duterte was elected President of the Republic, Picardal had defined the hypothesis of his “terrifying” election, warning human rights groups to closely monitor and document any violation, convinced that Duterte wanted to replicate his style of crime as “anti-terrorist” in the rest of the country.

“I am aware of the danger I have been running since I began to defend human rights. I am ready to accept martyrdom, in defense of life and the Gospel. But I do not look for it nor will I be an easy target for them,” he said. Now the cleric is in hiding and has received full solidarity from the Filipino Church, also in the forefront of criticizing President Duterte’s violent and repressive approach.