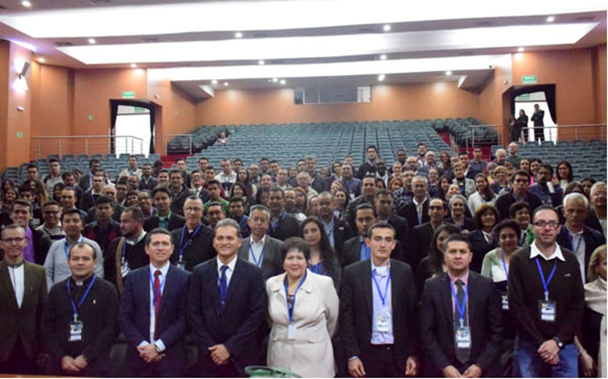 (Bogota, Colombia) – The XV Congress of the Theological Ethics was held at the Cundinamarca government headquarters, Bogotá on the 22nd and 23rd of August, which addressed the 21st-century family theme: reality and hope. The Congress was organized by the St. Alphonsus University Foundation, starting from his research line “ethics and current challenges”, in collaboration with the Department of development and social inclusion of the government of Cundinamarca, the central region of Colombia, together with the Redemptorist Province of Bogotà. This collaboration between the civil instance, the academy, and the Church – Congregation, has allowed a particular enrichment to ethical reflection on social issues of the general interest, and in particular on the reality of the family. With great joy, it is confirmed that the Alphonsian tradition and moral reflection retain their validity and their contribution to the contemporary society.

The motivation was the civil legislation of the Colombian state that seeks to strengthen and guarantee the integral development of the family, as the fundamental nucleus of society. The bodies responsible for the protection of the family and its members will have to form transdisciplinary family support teams and will design and implement, in each case, an intervention plan in which actions are planned to advance the expected results (cf. Law 1857 of the July 26, 2017, article 1- 2).

The Church and the institutions of education recognize that the family is the first place and the space of human formation, in which the person solidifies on the ethical values and citizens who support society. It also focuses on the constant dynamics in the family institution in the light of social reality and the dynamism of the contemporary world.

In addition to facilitating space for the reflection of current ethical situations, the following specific objectives have been proposed:

1. To propose an approach to the reality of the 21st-century family from a social, political, juridical and pastoral point of view.

2. Socialize the proposed public policy of the family built by the Department for Development and Social Inclusion of the Government of Cundinamarca.

3. Propose lines and/or paths of social, psychological and pastoral care for families in the current circumstances of the country.

With an interdisciplinary and inter-institutional view, starting from theology, from psychology, from social work, from social communication, from public administration and from the work of the Colombian Institute of Family Wellbeing (CIFW), “the Papaz network”, the Church and the government, the current situation of the family has been addressed. Its wounds have been recognized and the key points have emerged regarding pastoral life and the community, where the church, the state, pastoral agents can act and propose the support of hope to families, from three perspectives: accompanying, evangelizing through missionary pastoral care and being present in the crisis. This becomes the primary task of pastoral work to “know, understand and integrate” from the perspective of the Good News of the family.

The family must be seen as the treasure of peoples, the school of faith, the strength of values and the home of life.