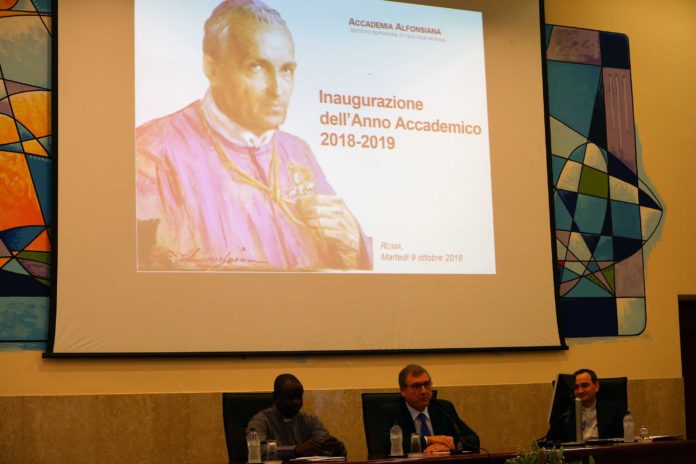 (Rome, Italy) The inauguration of the Alphonsian Academy of the academic year 2018-2019 began with the Eucharistic celebration in the church of St. Alphonsus presided over by Fr. Mauro Mantovani O.S.B., Rector of the Salesian Pontifical University and President of the Conference of Rectors of the Roman Pontifical Universities (CRUIPRO), in place of Card. João Braz de Aviz who is engaged in the work of the Youth Synod, on October 9, 2018.

After the mass, the interventions in the Great Hall of the Academy were followed. It began with the greeting of the Rector Magnifico, Prof. Vincenzo Buonomo, who recalled the importance of the implementation of the Veritatis Gaudium, for the Alphonsian Academy and the pontifical universities in general, as regards the point of view of the research, teaching and greater cohesion within the Roman academic world. He conveyed the message of the exhortation addressed to him by Pope Francis for the entire Pontifical Lateran University – therefore also for the Academy: that universities are not only places for courses and conferences, but above all communities that can give answers to the challenges of the world of today. 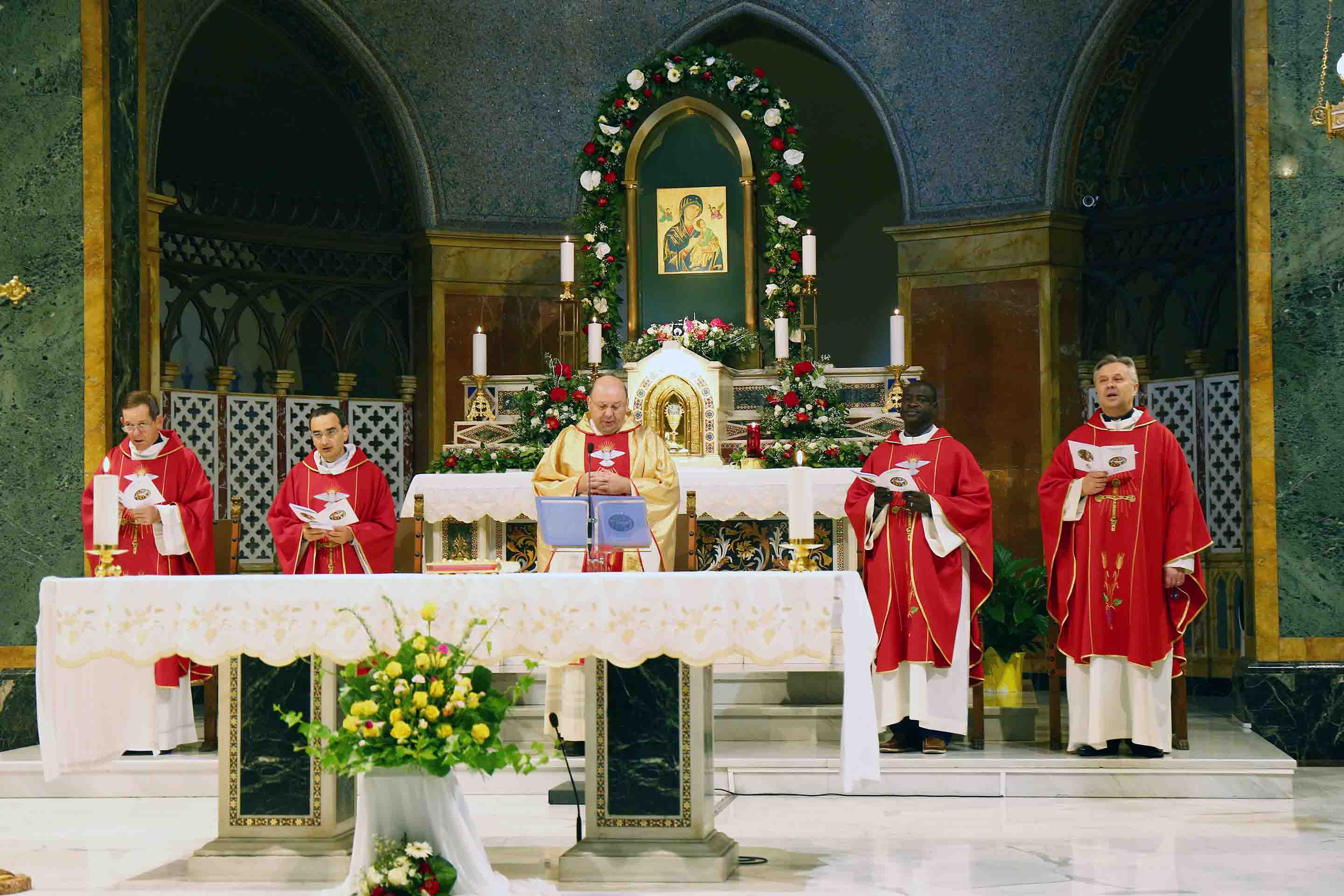 This was followed by the greeting of Fr. Nicolás Ayuba C.Ss.R., Delegate of the Moderator General of the Alphonsian Academy Fr. Michael Brehl C.Ss.R. and of the General Council of the Congregation of the Most Holy Redeemer.  He recalled that the Chapter Members of the last General Chapter of the Congregation defined the Moral Theology as a common patrimony and apostolate of the Redemptorists, thus reaffirming their support to the teachers and students.

Upon the introduction of the acting President of the Academy prof. Alfonso Amarante C.Ss.R., the former President and current president of AVEPRO, prof. Andrzej S. Wodka C.Ss.R. gave a report on the past academic year. After having noted how the evaluation of the AVEPRO agency found the Academy in its full teaching and research resources, he also recalled the efforts of the Redemptorist Congregation for the strengthening of the Institute in its intellectual and pastoral dimensions – confirmed by the sending of four Redemptorist students for their studies in the Academy by the respective Provinces.

The extra-didactic activities held in the last academic year were therefore listed: a conference, the presentation of a book, the experience of the film forum proposed by the students and two conferences. At the end of the report, Prof. Alfonso Amarante officially declared the 2018-2019 academic year open. 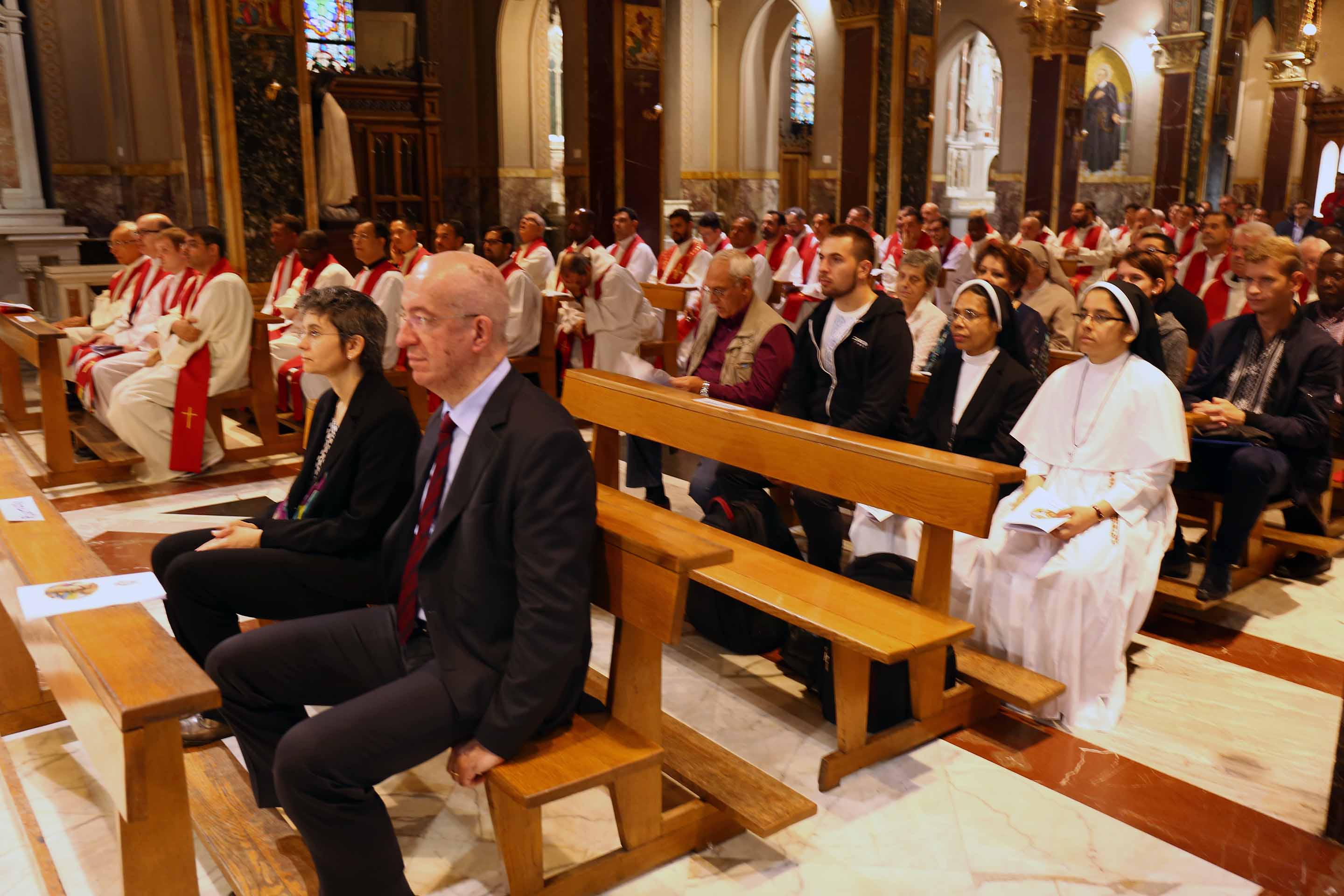 There was a “three-word” talk on the theme of the twentieth anniversary of the death of Fr. Bernhard Häring C.Ss.R. Prof. Bruno Hidber C.Ss.R.  recalled some biographical features, as well as his “therapeutic” vision of moral theology: starting from a merciful glance on human frailty, the theologian’s purpose is the proclamation of the Gospel as a true medicine capable of healing the wounds of humanity.

The second “voice” of the programme, an ex-student Silvia Anelli,  stressed how the moral theology of Häring is a fundamental guide for the integral formation and development of the person. In fact, Häring’s approach unites the anthropological structure and the spiritual dimension in the existential binomial of the call-response to the creative Word of God, in which the ‘sequela Christi’ is the basis of the fundamental option that allows us to discern the good in the various realities of the world.

Finally, Fr. Branko Jurić, PhD student of the Academy, exposed the distinctly ecumenical character of the reflection of Bernhard Häring, who urged to develop a “risk” morality: that is, not to be afraid of being outgoing Church and be open to the signs of times, learning to recognize and overcome both the divisions provoked by sin, but also by letting ourselves be questioned by the merciful works accomplished by God even in separate ecclesial scenarios. 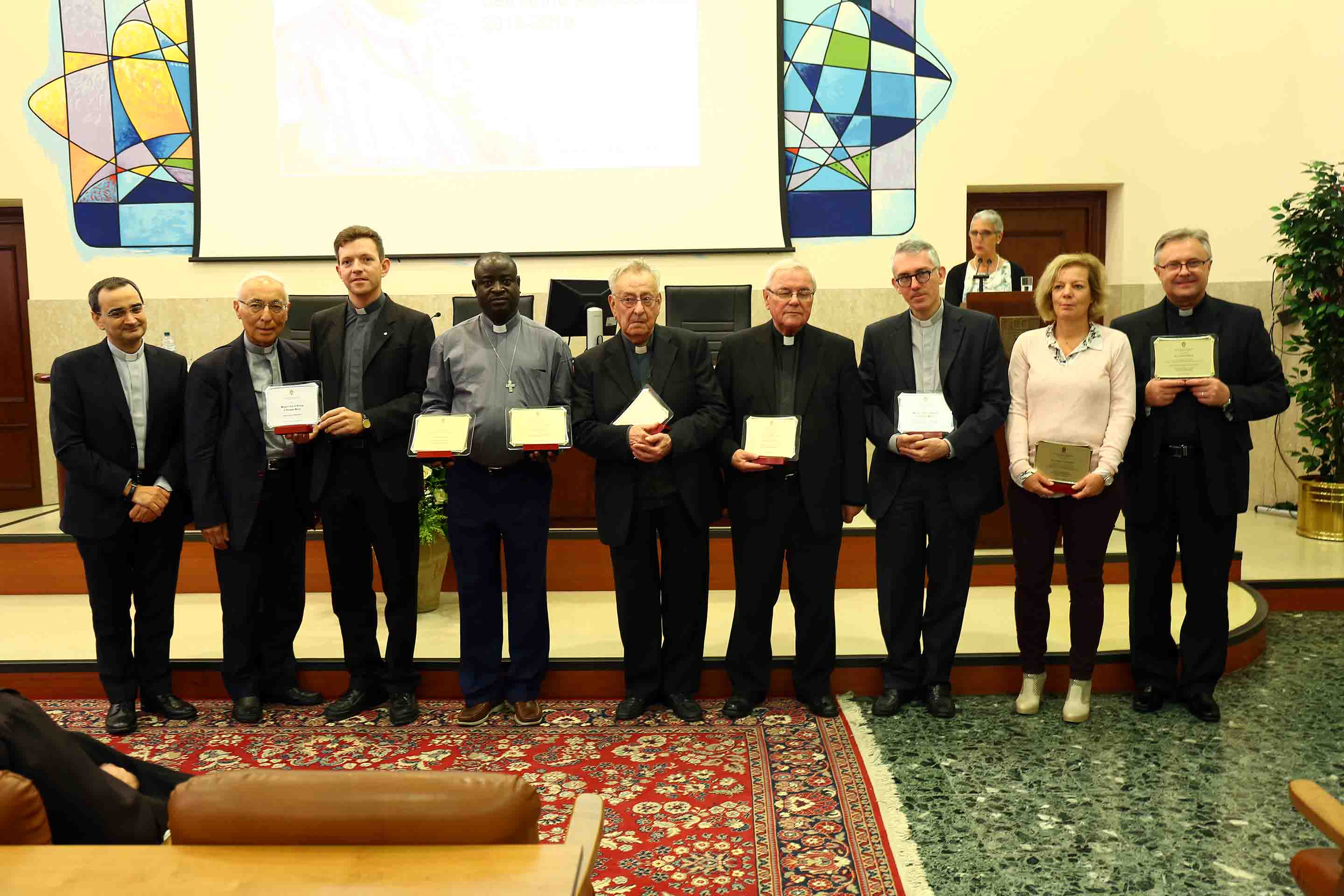 The morning of the inauguration of the academic year ended with the address of the acting president Prof. Alfonso Amarante followed by the giving away of academic awards to both license and doctoral students distinguished for merit in studies and also for both staff members and the teaching staff for the years of service provided in the Academy.