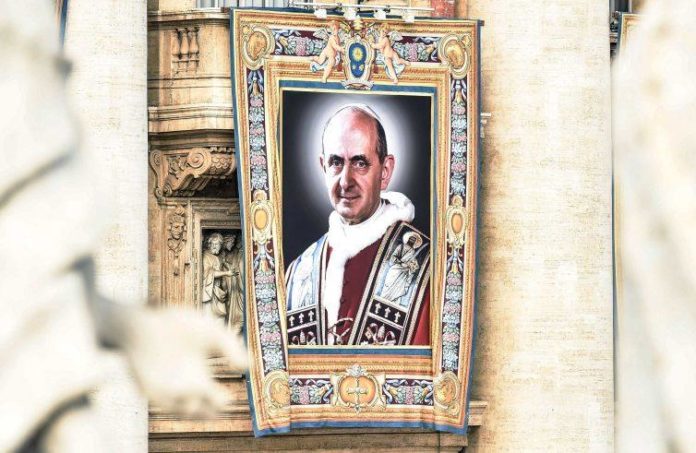 (Vatican City) – With the classic words of canonization: “Sanctos esse decernimus ac definimus …” on Sunday, October 14th, Pope Francis declared Pope Paul VI a Saint along with 6 other Saints at the St. Peters Square in front of the Basilica.

On October 12, before the canonization, Fr Antonio Marrazzo CSsR, the postulator of the cause of Pope Paul VI had commented on a series of details on the person of the now saint.

“Giovanni Battista Montini, said Fr. Marrazzo, was a man in the service of people, who gave voice to voiceless. It is true that on the one hand, we found him as a priest and the priest as a shepherd. But on the other hand, we also see him as a man, with his character, with his personality,  for Paul VI it is very important, because many times we wanted to see the public person, but what’s really behind it? There was a man who tried to channel his potential in favour of man, for others. There was a voice of those who had no voice “. 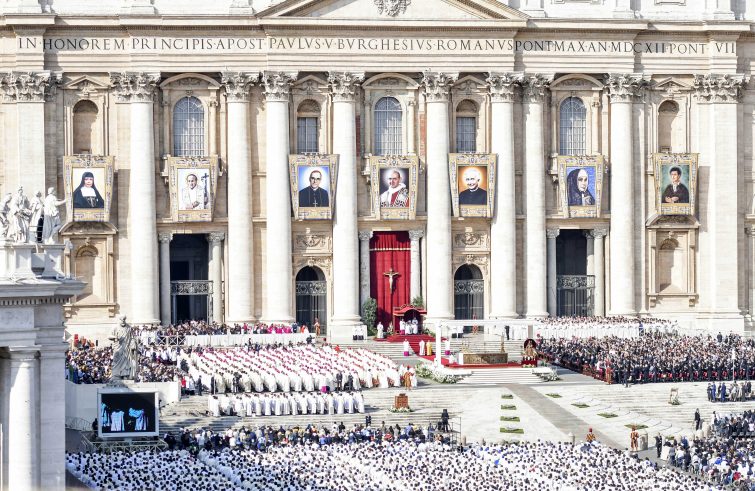 Fr Antonio Marrazzo has given an interview as a postulator to Scala News in a video. In it he says:

“Pope Francis did not canonize Paul VI alone as he did before. He preferred to include his canonization in a group of saints including a martyr, the saints of charity and the founders of Congregations.

This was precisely to say that the holiness of this person, Giovanni Battista Montini, who became Paul VI, should not be referred to only in the role of the Pontiff or archbishop of Milan, but above all to the fact that he lived the relationship with God and with others discerning the will of God. So we understand that the Church has canonized Giovanni Battista Montini – Paul VI, not the other way around, he was not canonized as the Pontiff, but as an ordinary man like any other. The person who was a layman, who was a seminarian, a priest, a bishop and a pontiff.

But what for me there are some fundamental things that characterize the life of Montini on his way to holiness.

First and foremost a direct relationship with God that is personal, so that we could define Montini as the classic mystic-theologian, that is, he was someone who has received a certain type of formation.  It consists of and was carried forward, and lived in the light of this relationship. What are the foundations of his holiness? It must be said that Montini in some ways was lucky that he was born into a cultured family. His father was a journalist and at the same time he was a politician, so there was a cultural environment of a certain class, not noble, but of a certain cultural reality, of a certain bourgeoisie. This does not mean that he was different. He was born in Concesio, near Brescia, the family was from Brescia. Concesio, let’s say, was the summer house. And in Concesio, where he was baptized, the old men still remember that Montini’s mother always kept the doors open for anyone who needed something. A woman who was very simple even if she came from a middle-class family. Montini as a child played with the children of the peasants, who were his friends. He lived a very simple childhood and if his mother gave him what could be the basis of a relationship with God, in Brescia that was the fact that his mother took him to the sanctuary of Santa Maria delle Grazie, where he later celebrated the first Mass.  On the other hand, we have the paternal presence that was fundamental to the other aspect. In reality the faith could be said as an emotional factor or devotion, but the faith also is nourished by culture, by knowledge, by intelligence, and therefore also open to a social reading, as the life of the Christian must be inserted into the social fabric and become yeast of possibility, yeast of salvation. I think these are the fundamental facts that led Montini in his life. A family of a certain type that was quiet, nothing exceptional and he lived such a peaceful childhood.” 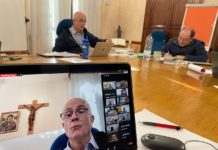 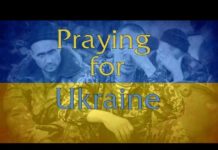