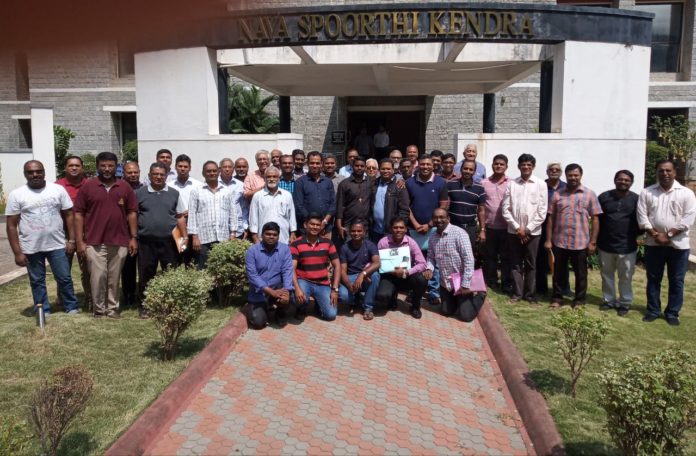 (Bangalore, India) In view of the XVII Provincial Chapter of the Province of Bangalore, the Province had its first pre-chapter meeting at Bangalore from 29th to 31st October 2018. Pre-Chapter meetings will be held in two other places in the country, i.e., Kalunga and Trivandrum in November.

The confreres were divided into groups with a moderator and a secretary in order to report their deliberations from the group sharing. The groups took turns to lead the morning and the evening prayer and the Eucharistic celebration. The Pre-Chapter meeting began with the Eucharist celebrated by the Provincial, Fr. Arulanandam. He stressed on reconciling love, compassion with the law. We are to learn from Jesus who valued love and compassion more than the mere external observance of the law. The first session was the report of the Province given by Fr. Provincial. The groups discussed the Provincial report and sought clarifications. In the second session, Fr. Assisi Saldanha spoke elaborately on the restructuring for mission and Communicanda I. Later in the evening Fr. Edward Joseph gave a detail presentation of the Conference Apostolic plan and laid down the task that is expected from the Province. 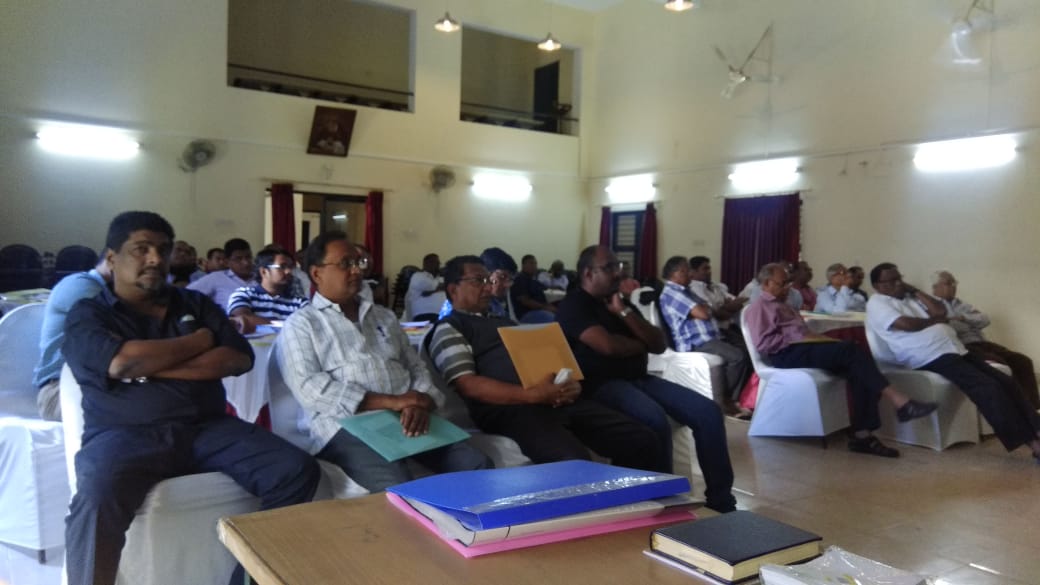 On the second day Fr. Gino Henriques during the Eucharist gave a homily on being witnesses of the Redeemer and stressed specifically on being a witness. The first session of the day was given by Fr. Arulananadam who laid down the context of India and the many challenges that confront us as a nation, as a Christian minority and to read the signs of the times. The confreres went into the groups to further discuss and share and report to the larger group. After the secretaries of the groups shared and the floor was open for the plenary session. The second session was dealt by Fr. Edward who revisited the Vision, Mission, Apostolic priorities and core values which the Province had previously worked out after the General Visitation in 2013. The confreres were asked to revise and relook at the Vision, Mission, Apostolic priorities and core values in light of the Conference Apostolic plan and Communicanda I. This was done in groups and the secretaries gave their reports of the discussion.

On the third day, the Eucharist was celebrated by Fr. Juventius Andrade. He reminded us of the connection between the Redeemer and the closeness to the people. During the first session of the day Fr. John Mathew, on behalf of the preparatory commission, presented the postulata and asked for the responses of the groups in order to be presented to the Chapter as a collective response from the Pre-Chapter meeting at Bangalore. In the second session, Fr. Edward Joseph presented a report on the evaluation of the ‘sector,’ which the XVI Provincial Chapter asked for an evaluation of the ‘sector’ so that it can be presented in the XVII Provincial Chapter.

There are a lot of things for us to be grateful for the Pre-Chapter meeting in Bangalore. It was days of grace for reflection, deliberation and an opportunity for the confreres to learn from one another. The Preparatory Commission, the Provincial Government together with the moderators, secretaries of the groups, notaries and the community and staff at Nava Spoorthi Kendra (where the Pre-Chapter meeting was held) all worked together and put in a lot of efforts for the fruitful completion of the meeting. The meeting was brought to conclusion with the singing of Salve Regina.