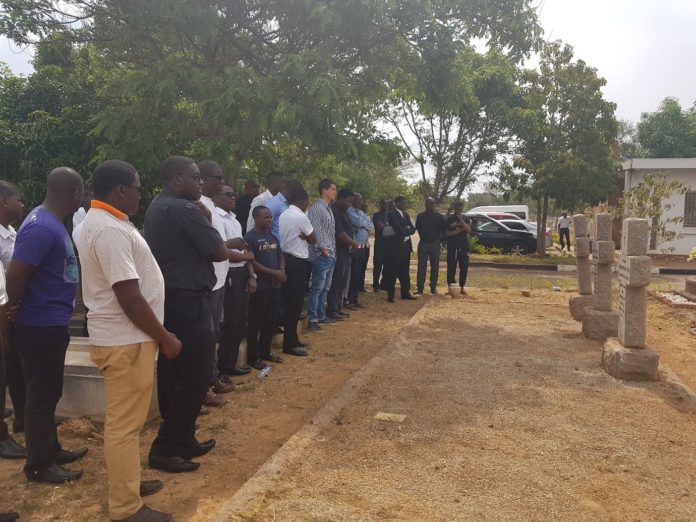 (Zimbabwe) On the 4th of November 2018, the entire Redemptorist Region of Zimbabwe gathered at the Grendale Cemetery in Harare to pay respects to the deceased confreres laid there. The deceased confreres are the men on whose shoulders the Redemptorist Region of Zimbabwe stands. When we talk of the men who laid the foundation for the region, these are some of the men who need special mention. 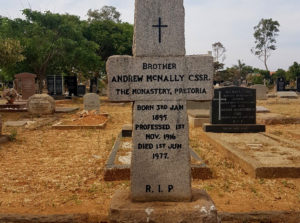 Brother Andrew McNally who belonged to the monastery of Pretoria was born on the 3rd of January 1895 and died on his visit to Zimbabwe in 1977. He had been professed as a Redemptorist on the 1st of November 1916.

Br McNally was a Religious Brother in the South African Vice Province of Pretoria. He had come to Zimbabwe to visit his friend. It is said they had lost one of their aunts. When he got to Zimbabwe, unfortunately, he died and they would not take him back to Pretoria so he was buried at eh Greendale Cemetery in Harare, Zimbabwe. 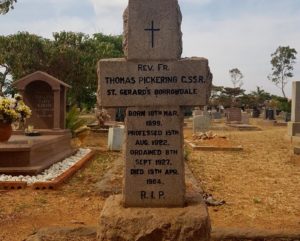 Fr Thomas Pickering is one of the early Redemptorists who came to work in Zimbabwe following Fr Anthony Pathe and Fr Phillip Foster He went to Gweru to preach a retreat to the Bethlehem fathers. He gave an opening talk and he went to bed never to rise again. When the priests were waiting for him the following day, they thought he was late. Some thought he might have been tired because of the journey BUT HE WAS ACTUALLY DEAD. He was a member of the St Gerard’s community in Borrowdale, Harare. 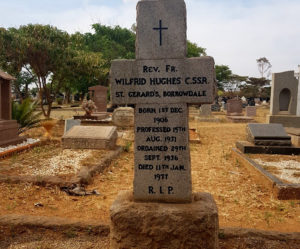 Fr Wilfred Hughes died was born on the first of December 1906 and died in Zimbabwe on the 11th of January 1977. He was professed as a Redemptorist on the 15th of August 1931ordained on the 29th of September 1936.

Fr Wilfred Hughes was the provincial of the London Province at some time. He is the one who started the Redemptorist Publications in Chawton. He is also the one who sent the first Redemptorist Missionaries to Zimbabwe. Having served his term as the Provincial he came to Zimbabwe. He lived at St Gerard’s House. He died on the phone call. We do not know the content of the phone call. An interesting story is told of confreres who were fighting for his shoes when he was gone. The other confreres envied his shoes.