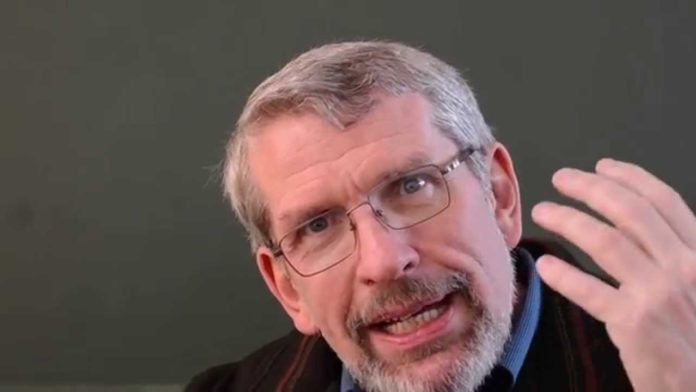 (Rome) A Panel Conference entitled “Ideology and Faith” was held on Monday 25 February in the Aula Magna. The food for thought to better understand the identities, differences, and relationships between these two dimensions of thinking, of believing and of human action, were offered to us by prof. Martin McKeever, Redemptorist priest born in Belfast, Northern Ireland, a professor at our Academy and prof. Miguel Lopez Varela, presbyter of the diocese of Santiago de Compostela, professor of Catechetics at the Pontifical University of Salamanca and former member of the Pontifical Council for the New Evangelization (2014-2017).

After having defined ideology as “a system of thought, based on reductive ideas that serve as an identity to a group that pursues its interests through specific projects”, prof. McKeever highlighted some considerations starting from this definition: the valorization of a few ideas (reductionism), to the detriment of a broader view of complexity; the ability to acquire a real social identity; the need to translate the ideas developed and shared in the group into practice. Unlike ideology – added prof. McKeever – faith grasps reality with humility, opening itself to the transcendence of God and accommodating itself to the banquet of diversities with a dialogical attitude. While ideology passes from thought to act, driven by particular interests or instrumental purposes, the faith that becomes an act takes on the features of Diakonia, placing itself at the service of truth in its totality, avoiding dangerous reductionism.

Adopting the perspective of Fundamental Theology, Father Miguel highlighted the different meanings attributed to the term “ideology” from the 18th century to the present day.  Born in France as a “discipline that wanted to study the ideas and laws that govern their functioning,” ideology would receive, first with Napoleonic politics and then with the philosophy of Marx, a rather negative connotation, because of its detachment from reality and its location under the structures of power. Following the use made of ideology by the totalitarianism of the twentieth century, ideology would finally become “an idea not critically argued, which captures reality in a partial way”. The Spanish presbyter also recalled the differences between the ideal and ideology, arguing that while the former makes us happy and joyful, setting off on a journey and generating friendship and loyal confrontation, the second aims at a project that cannot be realized, remaining unfinished and producing struggles, differences, and exclusions. Regarding the relationship between faith and ideology, finally, Fr. Miguel clarified that while the former is “gift, encounter, strength that God gives us to enter into communion with him”, the second runs the risk of becoming submissive to the idea of a leader who, developing progressive indoctrination, almost always elaborates his system in face of an alleged perpetrator against whom he hurls himself.

At the end of their presentations, the lecturers, to whom our gratitude goes for having accepted the invitation to illustrate this challenging issue, welcomed the questions and the reflections proposed by the public, encouraging us to deepen the topic and enhance a interdisciplinary approach in order to avoid the light of faith being eclipsed by the absolutization of reductive ideas.