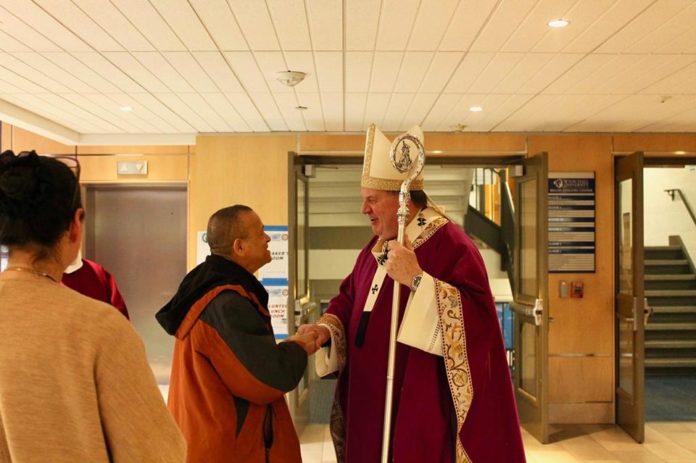 It is with a profound sense of sadness that I have read about the proposed cutoff of humanitarian aid to the Northern Triangle countries of Central America. I continue to be amazed that some still do not understand what forces people to leave their home country. Most are escaping extreme violence and poverty. The decision to leave one’s home does not come easily or without sacrifice.

Who would think that the best way to solve the problem of extreme poverty is to cut off humanitarian aid? I strongly urge our government to work with the leaders of the countries of the Northern Triangle to see how best to address the poverty and violence that causes men, women, and children to leave their homes in such great numbers.
When we help the poor among us, we serve God himself. Let us remember the words of Jesus, “Truly I tell you, whatever you did not do for one of the least of these, you did not do for me.” (Mt 25:45)

President Trump, in his most recent rebuke of Central American nations for what he says is their failure to address the issue of migration, announced plans to cut off aid to three nations — Guatemala, Honduras and El Salvador — known as the Northern Triangle.
Critics of the cuts say they will target programs aimed at preventing violence, curbing extreme poverty and hunger, and strengthening the justice system — the very problems residents of those countries give for leaving home and pursuing a more stable future elsewhere.

Though the administration has offered little in the way of details about what precisely could be cut, the State Department notified Congress on Friday night that it would divert about $450 million in aid from the region. President Trump also threatened to seal off the southern border of the United States with Mexico if that country “doesn’t get with it.”
So what’s really at stake, and what types of programs could these cuts affect in each nation? The United States Agency for International Development describes the multiyear Strategy for Central America, which is responsible for dispersing much of this aid, as focused on institutional reforms and developmental challenges that drive migration. The programs it supports enhance security, improves governance and promote prosperity.