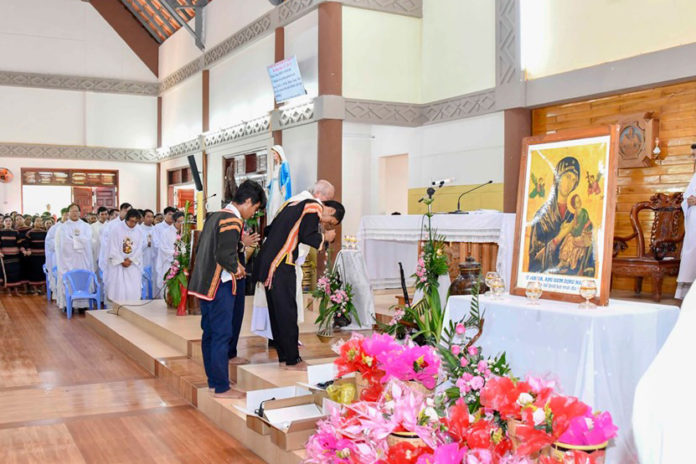 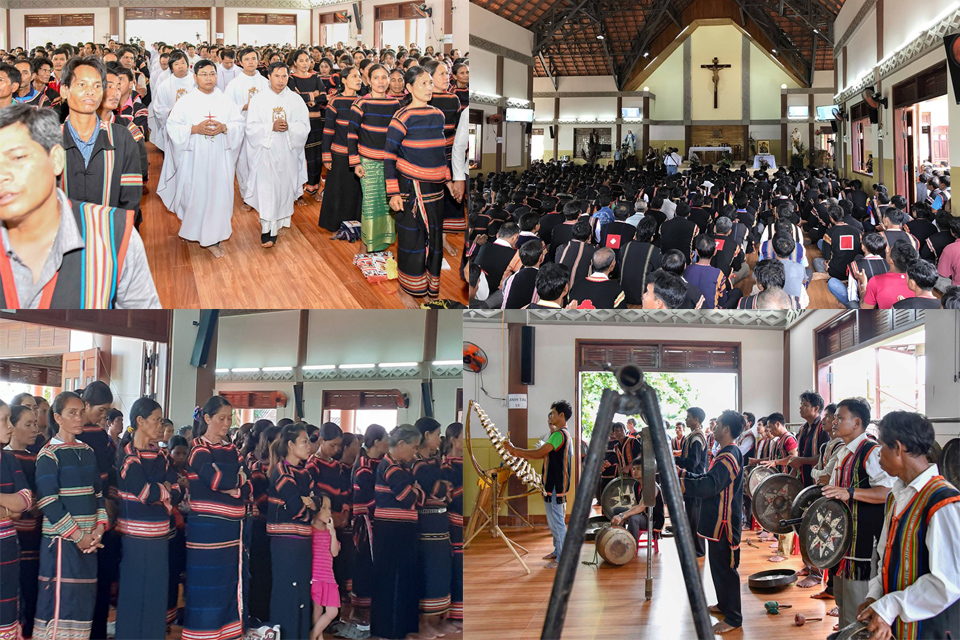 During the two days of celebrations (26th and 27th of June), more than 1.200 J’rai Catholics, representing three missionary stations of Gia-lai, gathered at Bon Ama Parish to attend the lectures and to celebrate the mass to remember the history of previous generations. It was indeed a good opportunity for them to strengthen the faith and to thank God for the graces God has bestowed upon the Redemptorists and the J’rai believers.

On the first day the 26th, the J’rai believers attended the talks to review two famous figures of this missionary area Cheo-reo To-lui: Rev. Jacques Doumes, MEP (1955-1969) and Rev. John Baptist Nguyen Van Phan, CSsR (1969-2002). In addition to the conference, there were many other activities such as Cong-Chieng festival, J’rai food market, etc. In the evening, there were many thanksgiving musical performances.

On the second day, after the novena to Our Mother of Perpetual of Help, some people gave witness how our Mother had helped to nurture the faith of J’rai people. There were 30 Redemptorists priests and 6 diocesan priests concelebrated the feast day of OMPH at 10.30 am. Rev Tran Si Tin, one of the first Redemptorists who came here in 1969, presided over the mass.

According to the history of 19 October 1969, the most Rev. Paul Seitz Kim, MEP, Bishop of Kon-tum Diocese brought a group of Redemptorists to Plei Kly village. Later, the missionaries moved to different directions and established three missionary centers: Plei Kly (Chu Puh), Bon Ama Diong (Ayunpa) and Plei Chuet (Pleiku). While the war and persecution were on, the Redemptorists accompanied with the indigenous people through every circumstance. They even translated the Scripture and Liturgical documents into J’rai language. In the beginning, not many people received the faith for a long period. Suddenly, like a miracle, after the event of the canonization of the Vietnamese martyrs in 1988, a huge number of J’rai people were baptized. From some hundreds of believers, now there are more than 50.000 J’rai Catholics taken care by more than 20 Redemptorists. Besides, 8 other Redemptorists take care of more than 10.000 Bahnar catholic.

In particular, in the Cheo-reo To-lui, there are more than 20.000 faithful with 6 Redemptorists.