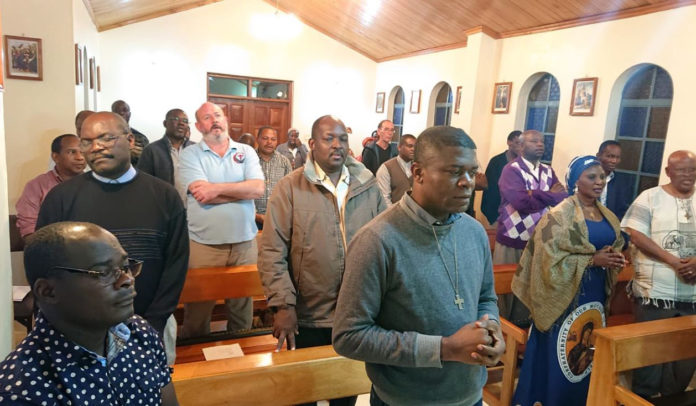 The first half of the first day was spent in recollection. Fr. Bafana Hlatshwayo from South Africa led the group to have a personal introspective of our Redemptorist vocation and mission. 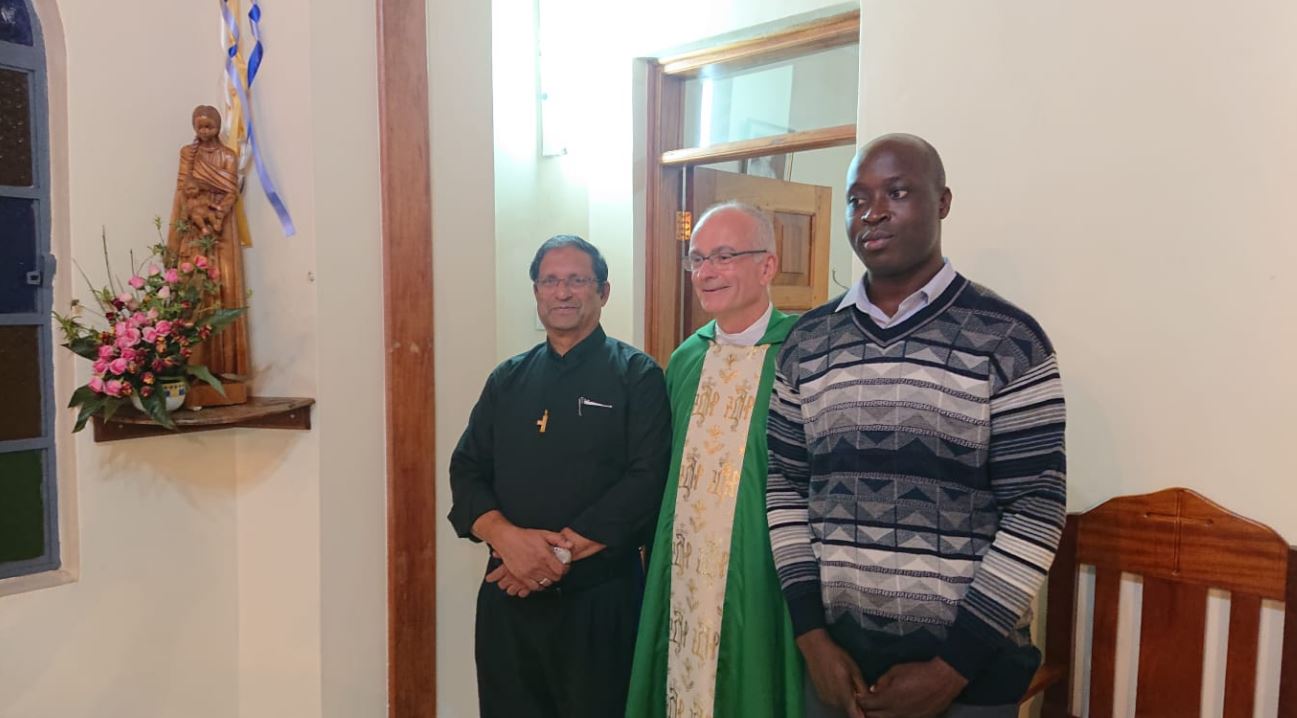 In the afternoon, we looked at the COREAM Apostolic Plan and discussed in groups how to implement these decisions in a concrete way in our units and zones. The different zones took a decision to have a meeting with the members of unit leaders in early 2020. They also decided to have some common projects like parish missions and leadership training in the near future.

On the second day Fr. Noel Sottima, a member of the Secretariat for Formation/Vocation Promotion, presented the Ratio Formationis for the COREAM. It was passed as a working document by 20 votes (3 abstentions). 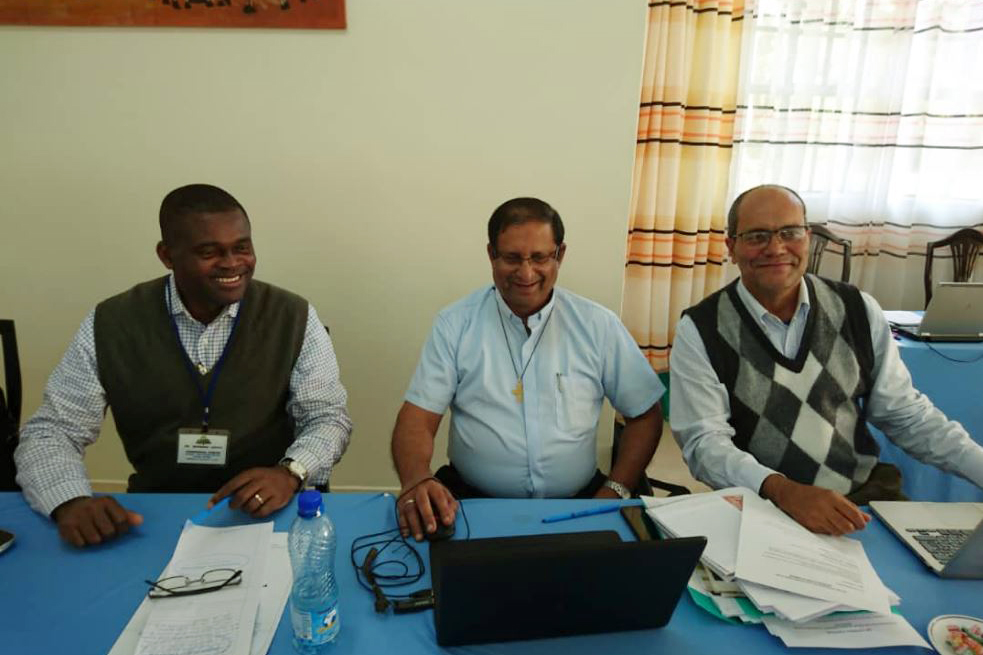 Fr. Zephirin presented the Common Missionary projects for the Quadrienum. Since 2012 we have been talking about common mission in South Sudan, Tanzania and Zambia. We have confreres from Zambia and a bishop in Zambia has already invited the Redemptorist to go and work there. We have requests from Congo and Brazzaville too.

Last year the assembly gave the possibility of the secretary of COREAM to contact members concern in those places for the common apostolate. The decision of the last General Chapter is asking us to have common projects. We can have common projects within the units. There are also many units who are sending help to their mother provinces. 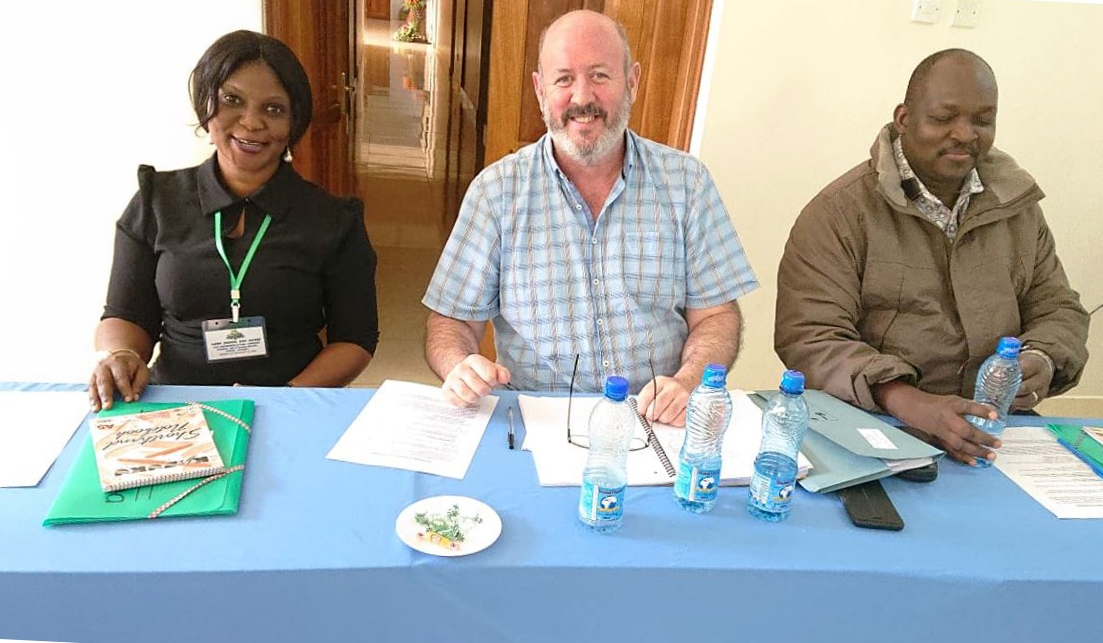 Regarding common mission projects in Africa and Madagascar Fr. General said that we share the mission with different units. It is not necessary to have one mission for COREAM but shared mission within the units at the moment. Maybe in future, we will work towards a common mission in COREAM.

Afterwards, we had a group discussion on common Formation Houses and common Missionary projects. Many proposed two Novitiates and two Theologates, one in English and one in French. Fr. General asked the assembly to look at the question of formators before going to the location. Every formation program must have a team of formators whose primarily duty is formation. We need to have a well-done inventory of formation in Africa and Madagascar.

Later Fr. Gerry presented the Strategic plan COREAM 2019-2022. Starting with the history of the past strategic plans he explained the various programs envisaged in 2020-2022 in Formation, Vita Apostolica, and Partnership with laity, training of leadership.

During the discussion in groups, the members said that they are very happy with the priorities. Template for COREAM assembly will be useful. Guidelines always help in planning for the mission.

Afterwards, the Strategic plan was put into vote and it was passed unanimously.

Fr. Tryvis presented the Message from the COREAM Mid-Sexennium meeting to be sent to different units and superiors of Mother Units. That too was passed unanimously.

Fr. Gerry requested us to broaden our financial situation in Africa. When asked about the training of leaders he said that the leadership has to make a formal request for the training of members in their own units. Few members also asked whether it would be possible for the Mother Provinces to avail the information about the patrimony for the units. In his response Fr. Gerry said that it is possible. 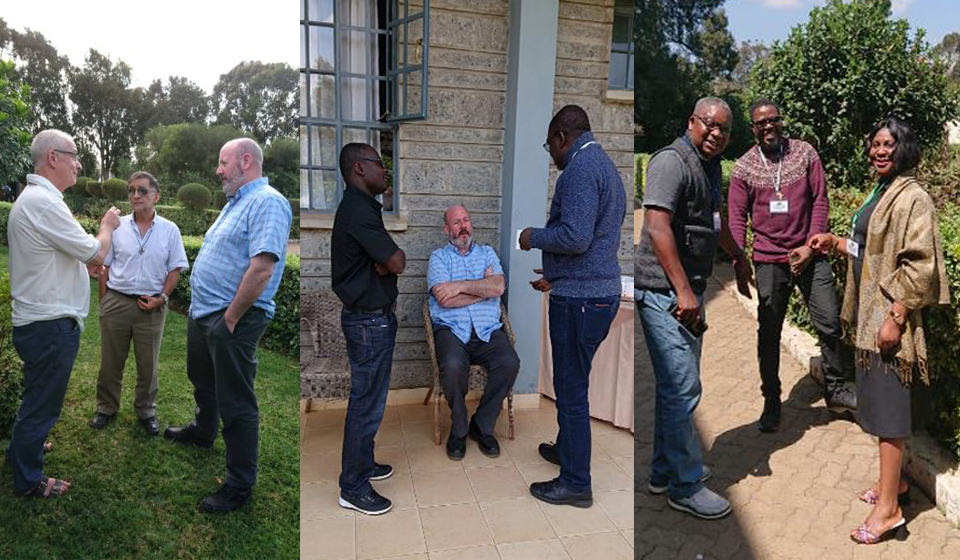 Afterwards, we had the election of the Second Consultor for COREAM. Fr. Zephirin said that since we already have a French-speaking person now we need to choose someone from the English speaking country. The voting system will be secret. Vote of two-third is required. Then Gerard McCabe was chosen by a two-third majority as the second Consultor. We also voted some Concrete steps to be followed in implementing the reconfiguration plan.

Mrs. Judith, the lay representative, appreciated the congregation for inviting a layperson to participate in the assembly. She said that it would have been more practical if all the units presented something about their collaboration with the laity. It will be good to identify lay people whom we think we can collaborate with as we wait for the document on formation.

Date and location of the next COREAM assembly:

Fr. Gerrard welcomed the next assembly in South Africa either in Cape Town or Johannesburg. He gave different challenges in terms of visa, weather and cost. Members agreed to go to South Africa for the next Assembly.

Fr. Paul thanked God for giving us good health of body and mind during these two weeks. He thanked Fr. Zephirin for the hard work he had done, Fr. General and Consultor for being with us during the assembly. He appreciated the presence of Judith. He also thanked the moderators, redactors, notaries, those who presented papers, and the sisters for their generosity. He said that all the confreres are always welcome to Kenya.

Fr. Zephirin in his concluding remarks thanked all for their participation and especially Fr. General for his presence which really encouraged us. He thanked Fr. Nicolas for his continuous support. He expressed his wish that the decision we have taken here may take root in our units. We should be men of hope. Thank you all.

Fr. General also thanked everyone for the great work during this assembly. “I want to encourage you and be with you in prayer and any kind of support. We appreciate the good work done by Fr. Gerry. Officially, the assembly is over but the work and the task begin tomorrow as you head home. I thank you all may God bless you.”

The Assembly ended with a thanksgiving Eucharist, followed by dinner and Gaudeamus.