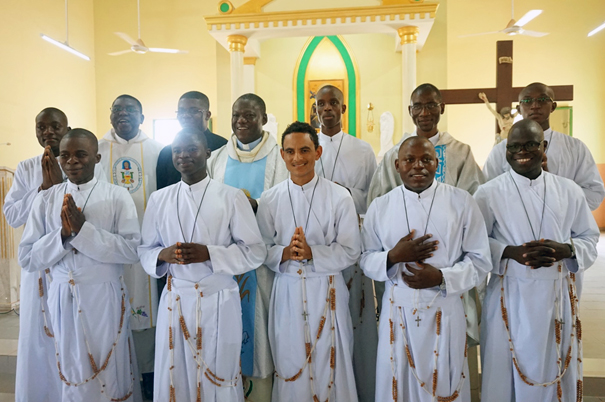 (Ouagadougou, Burkina Faso) Life is a choice, however, a wise choice is to operate to make sense of life one chooses. Thus eight young people, touched by the life of St. Alphonsus Marie de Liguori, were not afraid to say like him: “World I know you”. Thus, during the Sunday celebration in the parish of Our Lady of Perpetual Help of Kossodo in Ouagadougou, they were welcomed into the Congregation of the Most Holy Redeemer. This mass was celebrated by the Vicar Provincial, Désiré ZANTE, of West Africa, missionary in France.

On September 8, 2019, the 23rd Sunday of Ordinary Time and the day we celebrated the Nativity of the Virgin Mary, the Vice-Province of West Africa welcomed eight young men who made their First profession. Among eight professed members, there were three from Luanda (Angola). They expressed their desire to dedicate their lives as Redemptorists to the Vice-Provincial Father Patrice NYANDA of West Africa. Our Father Saint Alphonsus could say that in each year the Lord keeps on extending the crown of the laurel. It is the reward promised to those willing to walk in the footsteps of the Redeemer. 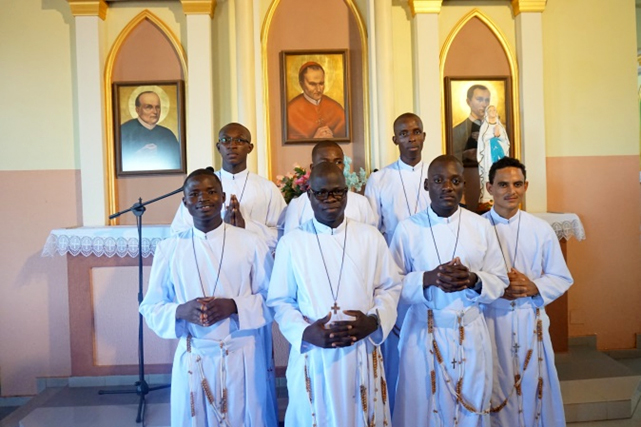 Brothers, so great is our joy, so great is our gratuitousness to the Lord. He is the master of the harvest who sends the workers for his harvest. To him high glory, eternal praise! May He strengthen their commitment. May our Mother of Perpetual Help be their help every day. May it be so for the glory of God and the salvation of all. 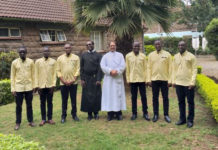 Initiation to Novitiate in Kenya 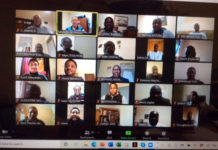 A course for formators of the Conference of Africa and Madagascar 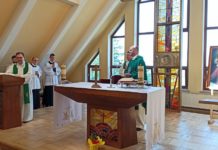