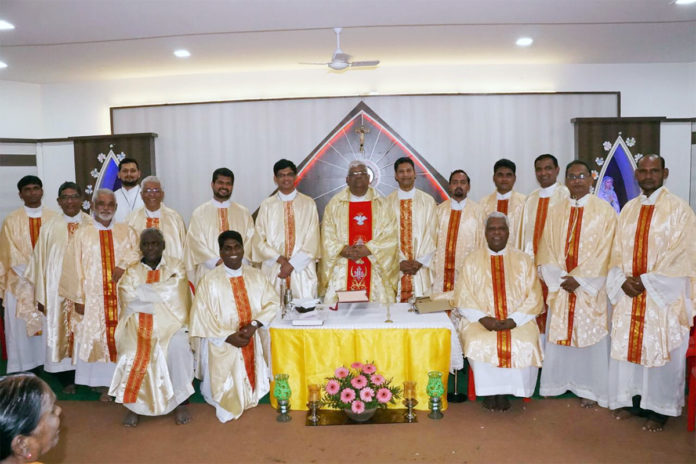 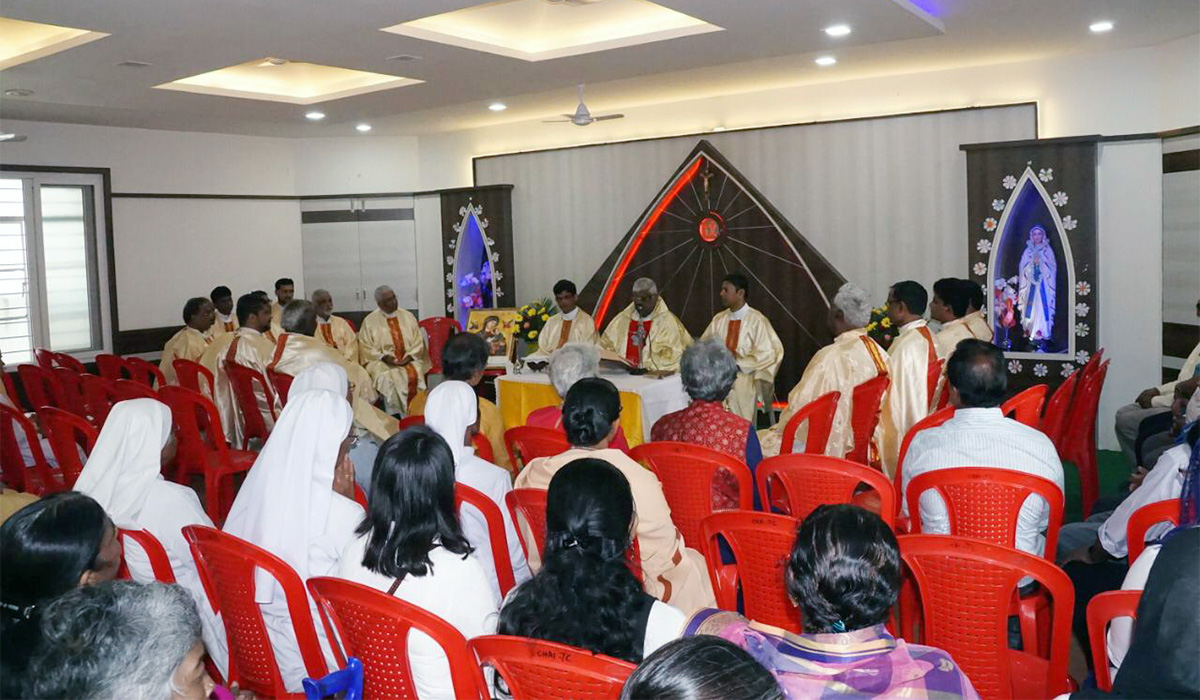 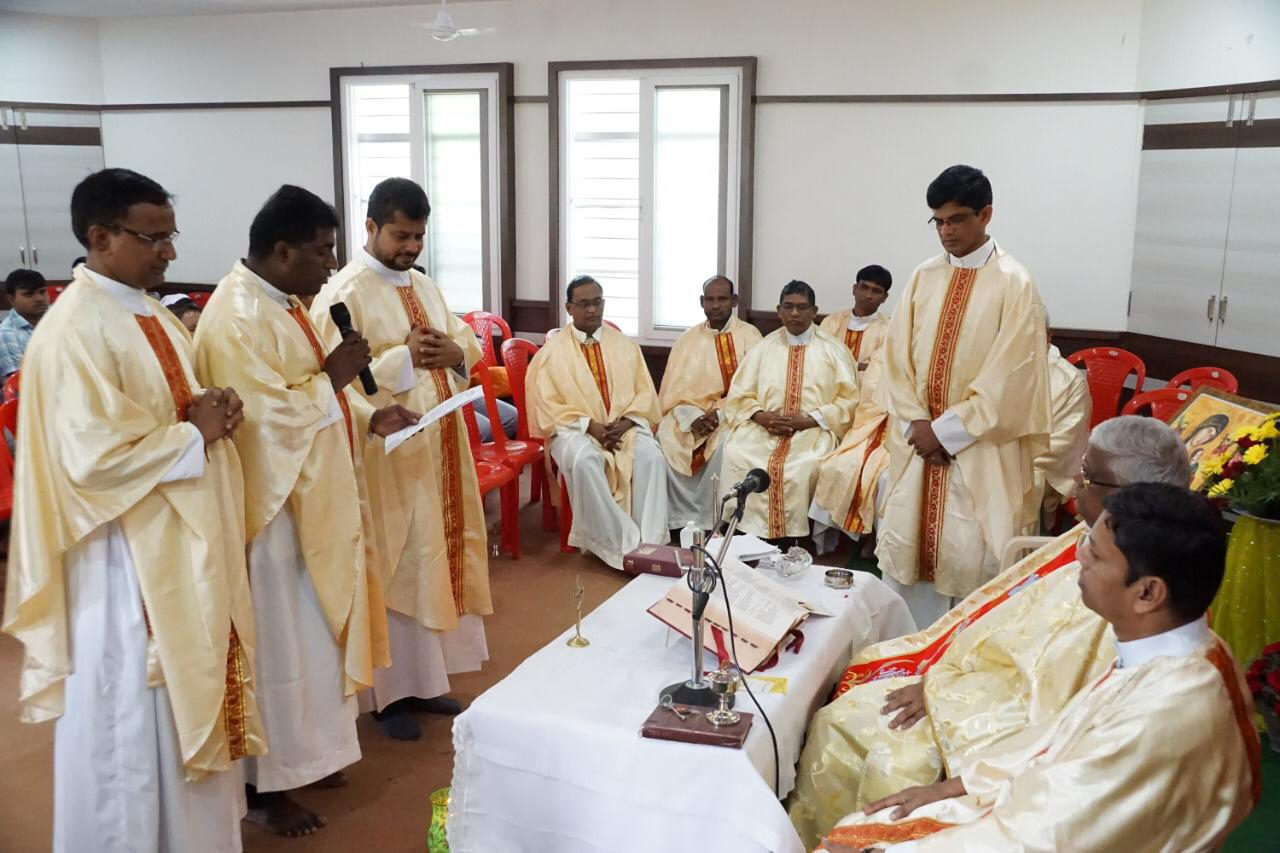 On the 7 September 2019, we had the blessing of the Redemptorist residence by Rev. Fr. Edward Raju C.Ss.R. in the presence of his council Frs. Siluvai Muthu, Juventius Andrade, Ignace Dung Dung and the eleven other confreres of Telugu Region from the both Telugu Speaking states of Andra Pradesh and Telangana. Soon after the blessing of residence, we had the Holy Mass presided by Rev. Msgr. Swarna Bernard, the Vicar General of the Arch Diocese of Hyderabad. Fr. Edward Raju C.Ss.R. broke the word to us and he highlighted on the commissioning of the apostles by Jesus and he insisted on the dual way of carrying forward the Redemptorist mission a) Proclamation of the Word and b) Concrete Social Action. He stressed on the example of Saint Alphonsus how passionate he was with the poor and most abandoned. 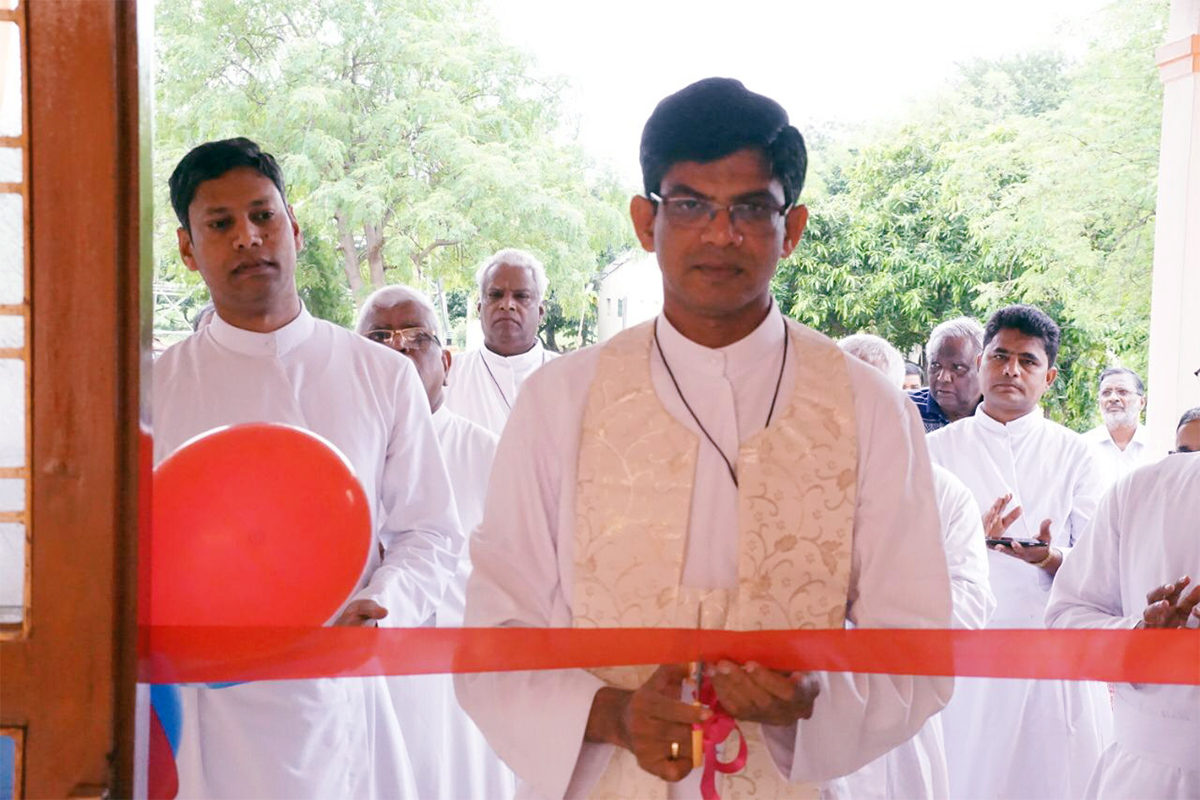 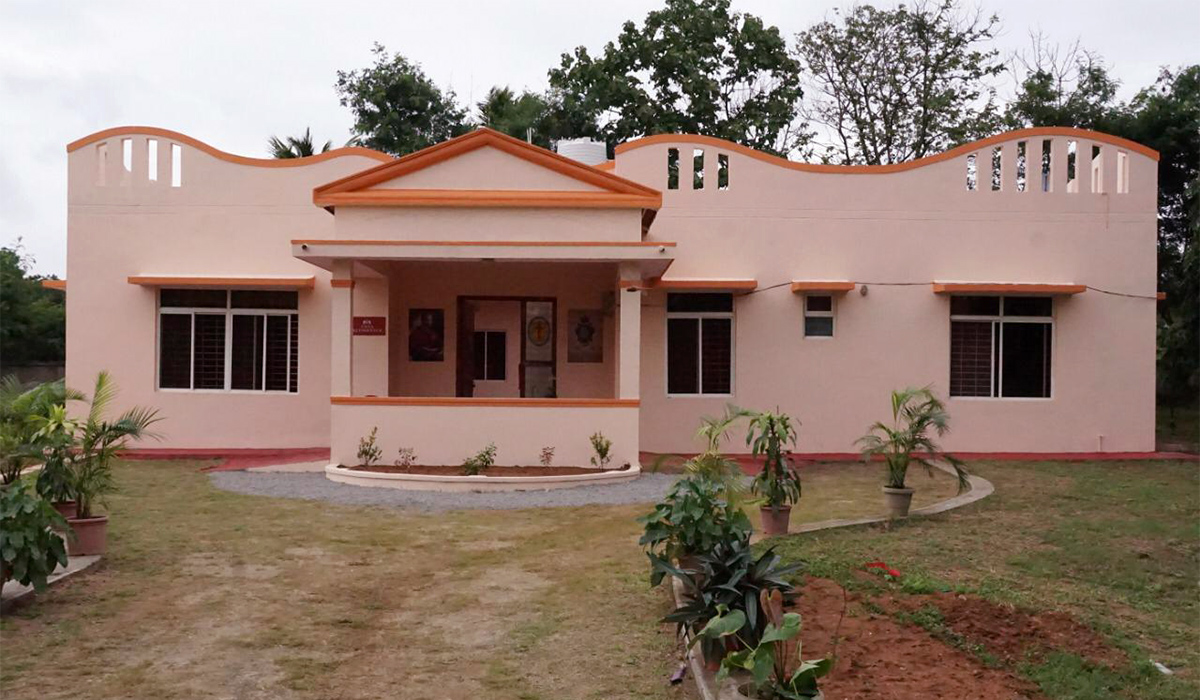 After the Holy Communion, the community the members of the community were introduced Fr. Sarath Maddineni C.Ss.R (Superior), Fr. Chinnappa Reddy C.Ss.R and Fr. Matthew Abraham. Fr. Sarath took his oath of office as the superior of the community before Fr. Edward Raju C.Ss.R. There were felicitations to Msgr. Swarna Bernard by Fr. Edward presenting a bouquet of flowers and the Mother of Perpetual Help Tapistry. They were also honoured with shawls and bouquets by the friends of Redemptorists from Hyderabad. We had a considerable number of religious sisters and a Claritian priest from nearby communities to witness the inauguration. In addition, the CHAI Staff from Secunderabad and Medchal were present as well. Soon after the Mass, we had a sumptuous meal and good conversation with all our guests and friends. 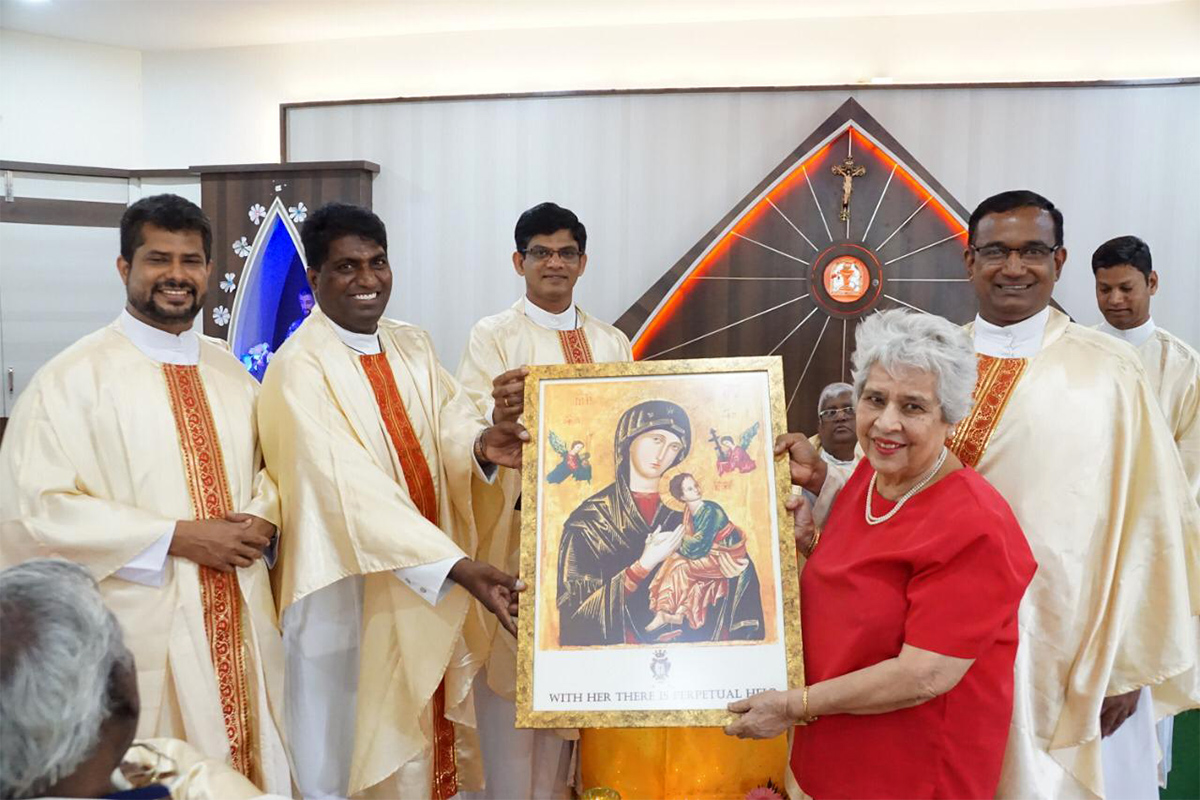