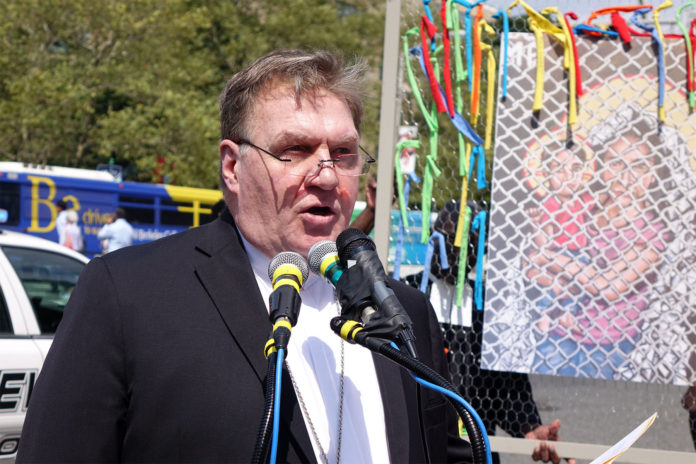 (Newark, New Jersey) Cardinal Joseph W. Tobin, CSsR, Archbishop of Newark, on 4th September joined a demonstration of hundreds of people that took place in Newark to denounce the inhuman treatment of immigrant children. About 500 people participated in the event, which included a procession toward the ICE (United States Immigration and Customs Enforcement) building, a US federal agency responsible for border security and immigration control. “I am Joseph, your brother, who has been heartbroken by the inhumanity”, Cardinal Tobin said at the beginning of the protest, in the Cathedral of Newark, where he prayed and reflected on the passages of the sacred scripture commented by some religious. 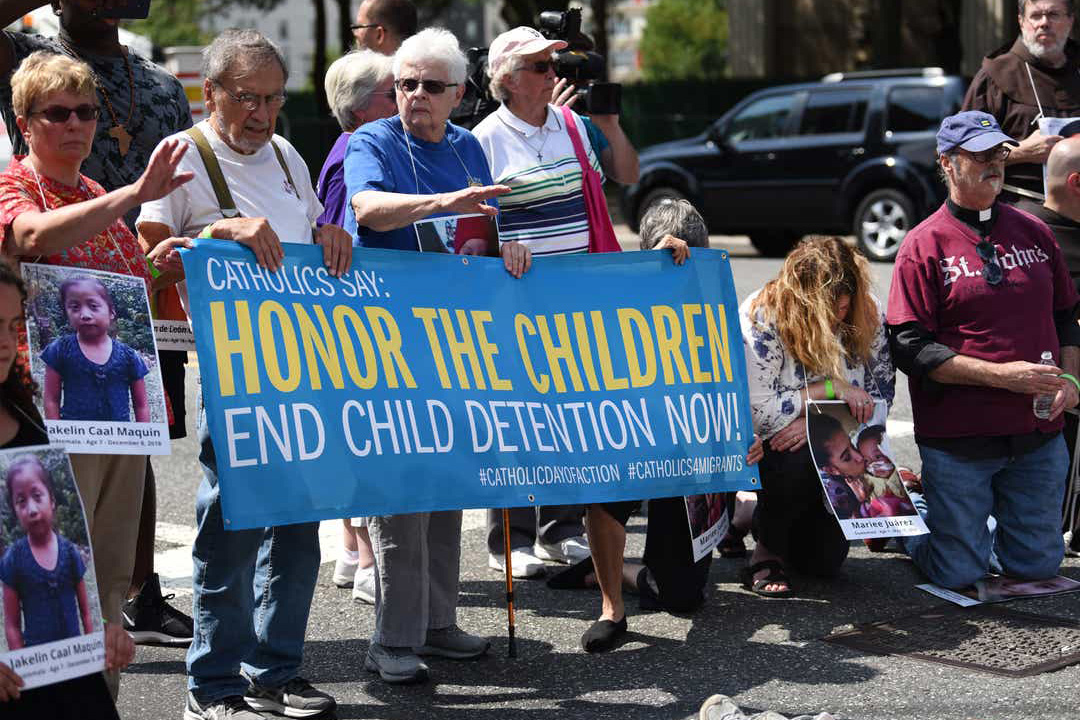 The Archbishop then led the crowd in a chant of “stop the inhumanity”, asking for a stop to immigration detention of children and their families.
From the various videos sent to Fides we see the protest that took place on the sidewalk, in order, in silence and in prayer, with small signs, so as not to go against the road rules of free circulation. The Faith in Action association released the complete video of the celebration. 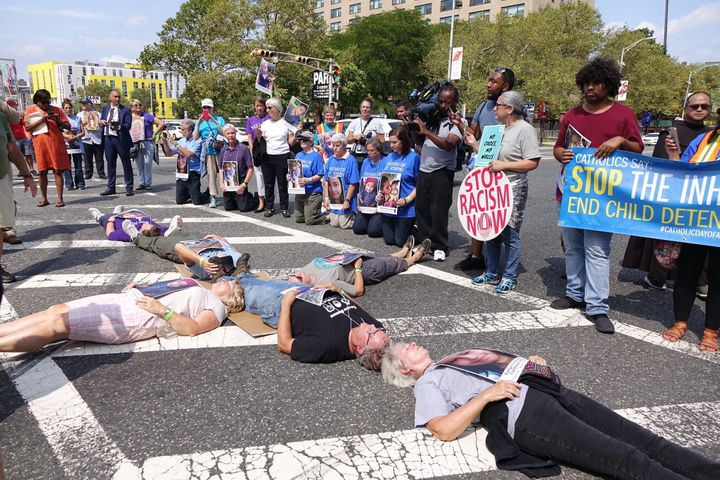 “According to those who treat them, many children enter the (immigration) facilities after fleeing violence and experiencing direct threats to their safety during their journey to the United States”, the report said. “Some children also experienced the trauma of being unexpectedly separated from their parents as a result of U.S. immigration policies”. 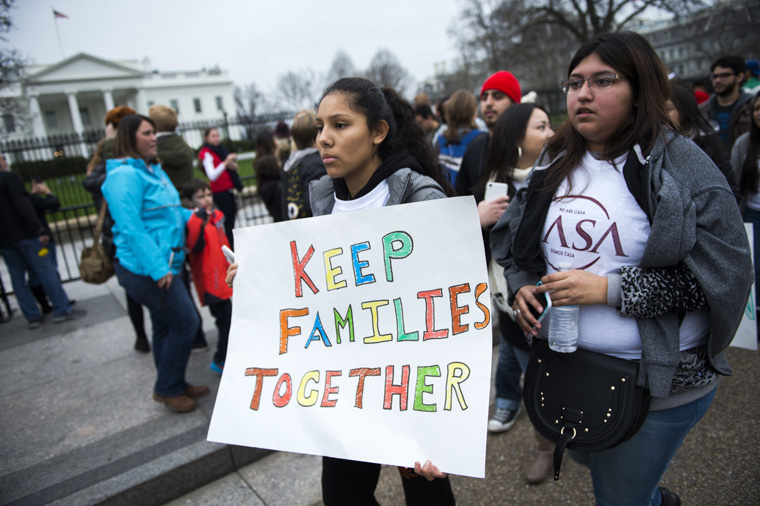 Though Cardinal Tobin was the only prelate present, the note sent to Fides informs that several Bishops sent statements in support of the protest, which was attended by several groups of priests, women religious and lay groups. The Faith in Action said that this event in Newark is part of an ongoing national campaign “developed by a Catholic Coalition of organizations to pressure the Trump administration and Congress to end the policies and practices that routinely traumatize children, particularly the policy of child and family detention”.