(Vatican) The Cardinal Archbishop of Manila, Luis Antonio Tagle is the new Prefect of the Congregation for the Evangelization of Peoples. The appointment by Pope Francis was announced on Sunday 8 December. The current Prefect, Cardinal Fernando Filoni, assumes the post of Grand Master of the Order of the Holy Sepulcher in place of Cardinal Edwin Frederick O’Brien, who resigned in April 2019 and turned 80.

With the appointment of Cardinal Tagle, an Asian cardinal returns to head Propaganda Fide (the original name of this important department for evangelization, which is also responsible for episcopal nominations in mission lands), after the years of Indian Cardinal Ivan Dias (2006-2011). Luis Antonio Gokim Tagle was born on 21 June 1957 in Manila to a Catholic family – his father of Tagalog ethnicity and his mother of Chinese origin – and was ordained priest in 1982. He studied in the United States where he obtained his doctorate in theology with a thesis on the evolution of the notion of episcopal collegiality since the Second Vatican Council. He spent seven years in Rome to deepen his studies and in 1997 joined the International Theological Commission. 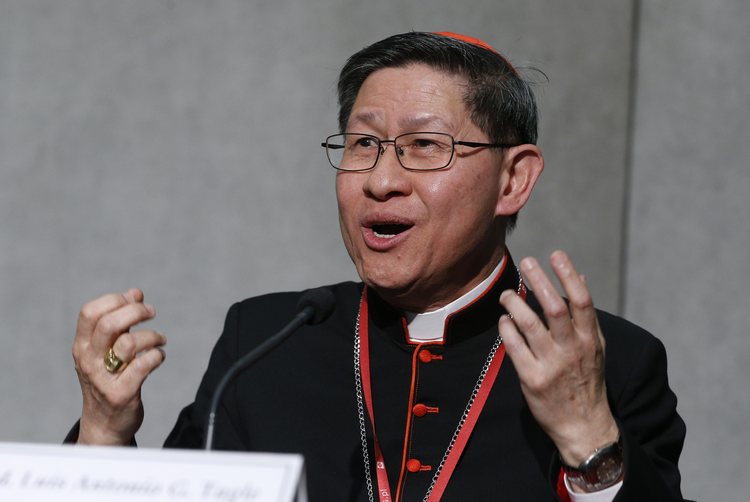 After serving as parish priest at the Cathedral of Imus, at the age of 44, he was consecrated bishop of that diocese by Saint John Paul II in October 2001. He dedicated himself in particular to youth ministry and inaugurated the first meeting of young Asians in Imus. On 13 October 2011 Pope Benedict XVI appointed him Metropolitan Archbishop of Manila and made him a cardinal thirteen months later, in November 2012. In addition to leading the Manila Archdiocese, Cardinal Tagle is President of Caritas Internationalis and the Catholic Biblical Federation. With this choice, announced a few days after the end of his trip to Thailand and Japan, Pope Francis once again shows great attention to the Asian continent. With the designation of Cardinal Tagle, which follows a few weeks after that of Spanish Jesuit Juan Antonio Guerrero Alves as Prefect of the Secretariat for the Economy, two new heads of department will be installed at the beginning of 2020 in the Roman Curia.

Pope Francis has also appointed 73-year-old Cardinal Fernando Filoni, Prefect of Propaganda Fide from 2011 to the present, who becomes Prefect Emeritus of the same Dicastery, as the new Grand Master of the Equestrian Order of the Holy Sepulchre. Cardinal Filoni was Apostolic Nuncio to Iraq from 2001 to 2006 and lived in Baghdad during the war of 2003. For a year, he was the Pope’s ambassador to the Philippines before being called to the Secretariat of State as Substitute, a post he held until 2011. His experience in the Middle East will be valuable in his new role, as the Order of the Holy Sepulchre cooperates particularly with the Middle Eastern Christian communities and supports them with many projects.

In a statement, Cardinal O’Brien expressed his great appreciation for the Pope’s decision, and said he is particularly happy that Cardinal Filoni has been chosen as his successor: “His long and extensive pastoral and administrative service in our Universal Church”, Cardinal O’Brien said, “will be precious in guiding the Order on its future path”. 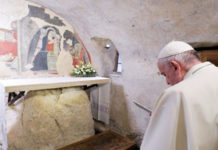 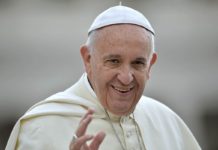 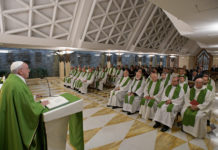 “Priesthood is a gift, not a job,” Pope Francis says