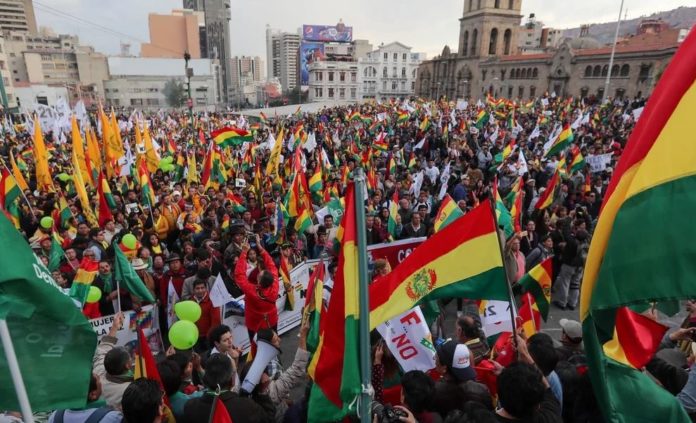 Msgr. Waldo Rubén Barrionuevo C.Ss.R. the vicar apostolic of Reyes in Bolivia shares his preoccupations and hopes as he talks with Luciano Zanardini about the situation of the Catholic Church in Bolivia, a country which is being tormented by social unrest. The complete interview (in Italian) has been published in La Stampa/Vatican Insider on December 03, 2019.

Monsignor Waldo Rubén Barrionuevo, what are you most concerned about?

Promoting the way out of poverty “at any cost” generates the forgetting of the basic principles of coexistence and respect for human rights. Illegal activities such as drug trafficking, human trafficking, illegal mining, and logging have arisen. We must save the new generations from this assault of pure mercantilism as a measure of people’s well-being. The danger of drugs hangs over young people, attracted by the profits offered by micro-trafficking or by the curiosity of consumption.

Violence often takes over our communities. How to recover words like forgiveness and mercy?

The process of evangelization involves reconciliation, forgiveness, and mercy. The implementation of these words will take place through a consistent witness of the baptized. We must work to consolidate a culture of peace based on the inclusion and tolerance of differences.

The Church stays at the side of the least. How is your work seen by the government and the people?

In Latin America, in the process of evangelization, much emphasis has been placed on human promotion. Perhaps at the limit of well-being or paternalism, but a substantial improvement in living conditions has been achieved. The government, while assuming its role as a leader in education, health, and other services, sees the Church as a rival. That is why in recent years the State has placed many obstacles in the way of the services provided by the Church. Despite this, the Church continues to stay at the side of the neediest, even when no one wants to help them. Unfortunately among the people there remains that image of a welfare Church that was forged when the missionaries all came from other lands. Little by little, they are working to consolidate the idea that the mandate of charity is a responsibility of all the baptized and that it is the only way to show the face of Jesus Christ to the world.

Among the most needed and abandoned people, there are the natives. What can the Church do to walk with them?

The Church is a historical ally of indigenous peoples in their struggle for survival. It will help to make visible the problem of indigenous peoples regarding the invasion of their ancestral territories and the loss of their cultural identity. It is necessary to spread their way of relating to the “common house” as a model for having a future on earth. We must promote with great commitment to the creation of an international compensation fund for the damage caused to the environment by the “industrialized countries.

What current matter is important for you from the pastoral point of view?

In the Vicariate there is a significant presence of both Catholics and other Christian denominations. The problem is that Christians do not have much training at the biblical, ecclesial, catechetical, doctrinal and moral levels. We have a rather superficial religious conscience. And this is a challenge to face.

In your Vicariate, with few priests available, a different way of proclaiming the Gospel is required…

The laity in our Church plays a special role. They are those who support the Church in remote places with the Sunday celebration of the word and sacramental catechesis. Perhaps there is a lack of generational renewal because those who committed themselves long ago, do not leave room for the participation of the youngest, who are the most enthusiastic when they are included in the process of evangelization. The Holy Spirit guides the Church even with a few priests and religious. 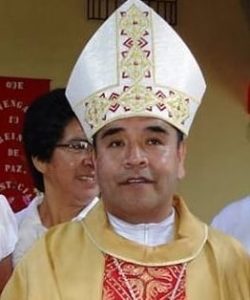