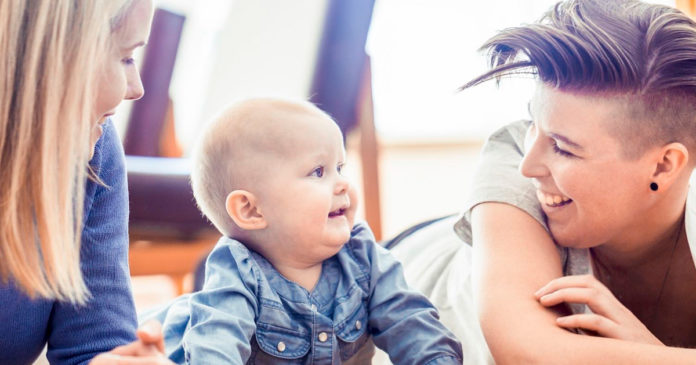 It had a little echo in the press, perhaps because in contrast to the trend, the sentence of the Italian Constitutional Court of 23 October 2019 concerning the stories of two couples of homosexual women, one from Pordenone and one from Bolzano. We dwell on this second situation.

The two women had got married in Denmark in 2014 and the act had been transcribed in Italy in the register of civil unions. One of them had tried to have a child in Denmark through artificial insemination, but the procedure had given rise to serious complications in the removal of the right uterine tube and the occlusion of the left one. The other woman suffered from severe arrhythmia for which she was advised against pregnancy. At that time, they had asked the ASL of Bolzano to conceive an embryo with the oocytes of the cardiopathic partner and donor sperm and to have the gestation carried on by the other, the one with lesions of the tubes. The first one would be the genetic mother and the other the gestational mother so that the baby would have two mothers, although differently mothers. The Health Authority, however, had denied access to artificial insemination as prohibited by Law No. 40/2004.

Law 40, although not a translation into law of Catholic morality, moves around two ideal principles that we can share: the protection of the life of the conceived and the relationship between a stable heterosexual relationship and the transmission of life. Based on these principles, the Court has reaffirmed the legitimacy of the exclusion of homosexual couples from artificial insemination.

According to the Court, artificial insemination is not an alternative way of procreation, as if a couple could decide independently whether to generate through natural conception or procreative technologies. Artificial fertilisation is to be considered in a broad sense a therapy of sterility and – the Court argues – “for the heterosexual couple the lack of fertility is a form of pathology, while for the gay couple it is physiology”. The rules and limitations provided for by law – continues the Court – have “the transparent intent to ensure that the nucleus [family resulting from artificial insemination techniques] reproduces the model of the family characterized by the presence of a mother and a father” and it is the Legislator’s concern “to ensure, in the face of new procreative techniques, the respect of the conditions considered best for the development of the personality of the newborn”.

The Court did not want to exclude a priori the “ability of the single woman, the homosexual couple and the heterosexual couple in old age to perform validly also, if necessary, the parental functions”, but reaffirmed that a family composed of parents of different sexes represents “the most suitable place to welcome and raise the newborn” and it is, therefore, reasonable to guarantee to those who do not yet exist, but will be conceived in a test tube, the right to “what appears, in the abstract, as the best conditions of departure”.

Beyond the peculiarities of the juridical perspective proper to the Court and its basically physicalist language, as a Catholic theologian, I feel I can agree with the basic idea implicit in the judgment that that is while recognizing the dignity and rights of the persons involved, homosexual union represents an interpersonal relationship of different quality compared to conjugal union and this is reflected in a particular way in its structural inability to be open to life.

One of the knots of the current intra-ecclesial debate on the homosexual condition that could be summarized in a question is grafted here: as to remain faithful to the Christian ideal of marriage, is it there room to revise, in whole or in part, the position of Catholic morality expressed lately and in a rather peremptory way by Amoris laetitia when in n. 251, it states that “there are absolutely no grounds for considering homosexual unions to be in any way similar or even remotely analogous to God’s plan for marriage and family”?