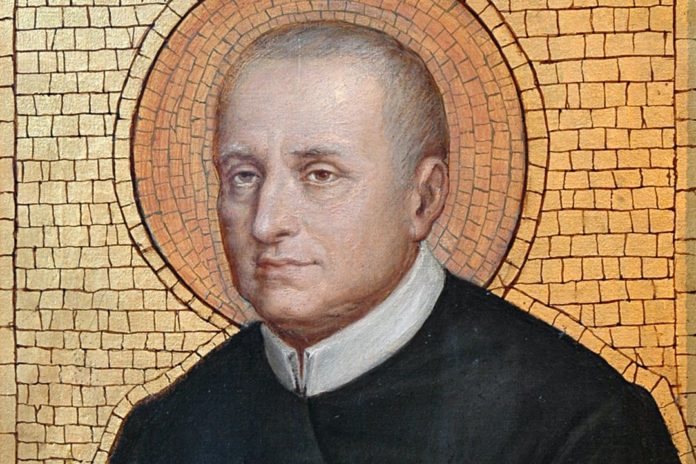 (Warsaw, Poland) The Redemptorist publishing house Homo Dei has released a book with unpublished yet archival documents about St. Clement Hofbauer and the Bennonites (so the members of the Redemptorist community were called, that was founded at the church of St. Benno in Warsaw). The book was published as the seventeenth volume in the series “Monumenta Hofbaueriana”. It is the result of the scientific and editorial collaboration of Dr. Paulina Dąbrosz-Drewnowska, Fr. Adam Owczarski CSsR, Fr. Kazimierz Piotrowski CSsR, Fr. Maciej Sadowski CSsR and also Fr. Piotr Chyła CSsR. 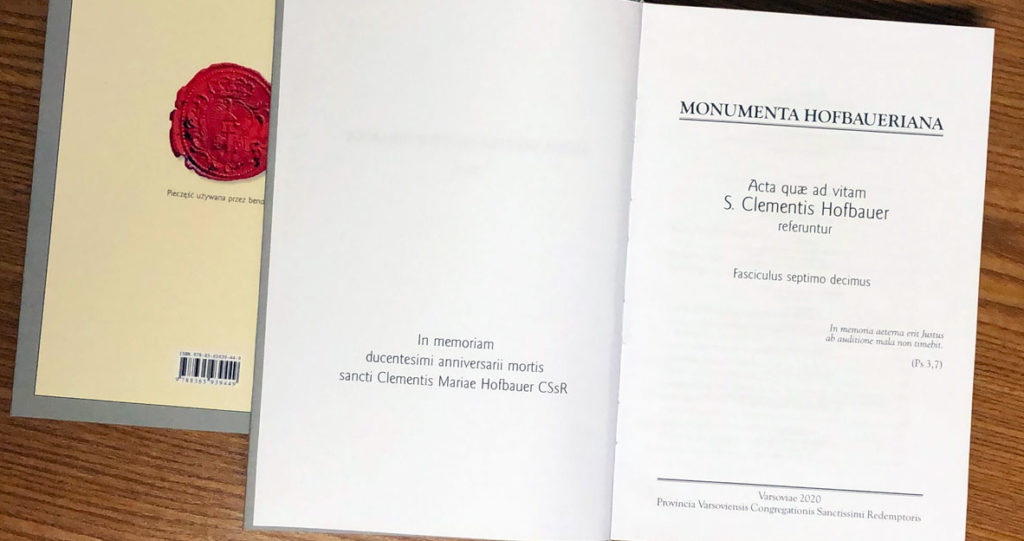 The research work was carried out through the recent years in state and private archives in France, Germany and Poland. This brought valuable additions to the previously published material.  As explained by Fr. A. Owczarski in the introduction to the publication, the number of recently found documents was so large that it has become necessary to publish them as a separate volume of “Monumenta Hofbaueriana”. We hope that this new publication will help to expand current knowledge about the activities of St. Clement Hofbauer, and especially about the reasons and proceeding of the removal of the Redemptorists (bennonites) from Warsaw in 1808.

The documents that have been published in the series “Monumenta Hofbaueriana” show the multidimensional apostolic activity of St. Clement. Fr. Janusz Sok CSsR, Superior of the Province of Warsaw, presents it briefly in a special word attached to this volume as he writes – Wherever St. Clement was living and working, he sought to read the signs of the times and to give answers. This is the source from where flows out the vastness and diversity of the apostolate he undertook. This also explains why he commonly was called as the man of apostolate – homo apostolicus. Although he lived through a very difficult period in terms of politics and religion freedom, hostile to the Catholic Church and religious life, his pastoral activity paved the way for Christian renewal. It was largely thanks to him that religious life in Warsaw and Vienna was renewed at the turn of the 18th and 19th centuries.

The publication of the seventeenth volume of the series “Monumenta Hofbaueriana”, is one of the initiatives undertaken by the Province of Warsaw to mark the 200th anniversary of the death of St. Clement Hofbauer, which will be celebrated in 2020.