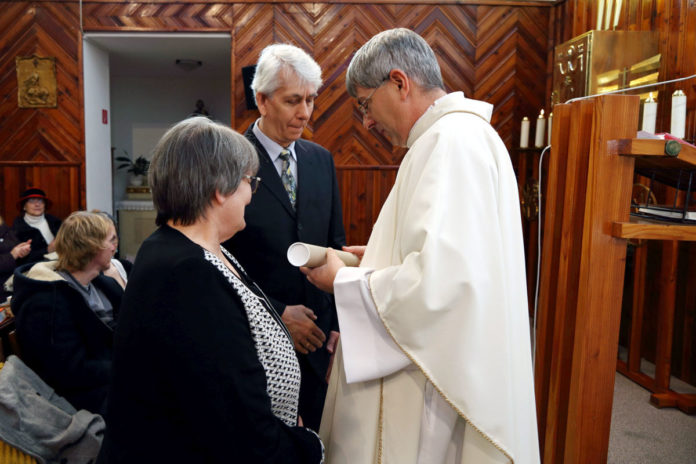 (Bratislava, Slovakia) The Congregation of the Most Holy Redeemer has two new oblates. Our Superior General, Fr. Michael Brehl C.ss.R., granted the status of oblates to a married couple, Magdalena and Stanislav Dzurjanin, long-time associates of the Redemptorists.

On December 2nd 2019, at the request of Bratislava–Prague Province’s leadership, the  Superior General of the Congregation of the Most Holy Redeemer, Fr. Michael Brehl C.Ss.R., granted the married couple the title of oblates. They received the confirmation of their new status at a Sunday Mass on January 12th 2020 at the Church of St. Cyril and Methodius in Bratislava from Fr. Václav Hypius C.Ss.R., the Provincial.

Stanislav Dzurjanin, who is in IT business, comes from a family of Greek Catholics that helped many Redemptorists of the Greek-Catholic Church during the communist regime. What brought his father and Fr. Ján Janok Jr. C.Ss.R. together was not only the gymnasium in Michalovce but also all they had in common such as service in Military camps of forced labour (1950-1954). During his university studies in Bratislava, Stanislav Dzurjanin met the  Roman-Catholic Redemptorists at the Church of St. Cyril and Methodius and, together with his future wife, they were part of a well-known choir, ‘Céčko’. As an adviser, editor and proofreader, Stanislav has been a life-long associate of the publishers of The Word Among Us and Missionary when publishing books from Redemptorists of Greek-Catholic and Roman-Catholic Churches, connected to the Congregation’s history in this Province. In this selfless ministry for the benefit of the Congregation, Stanislav is supported by his wife Magdalena, a former teacher of mathematics. 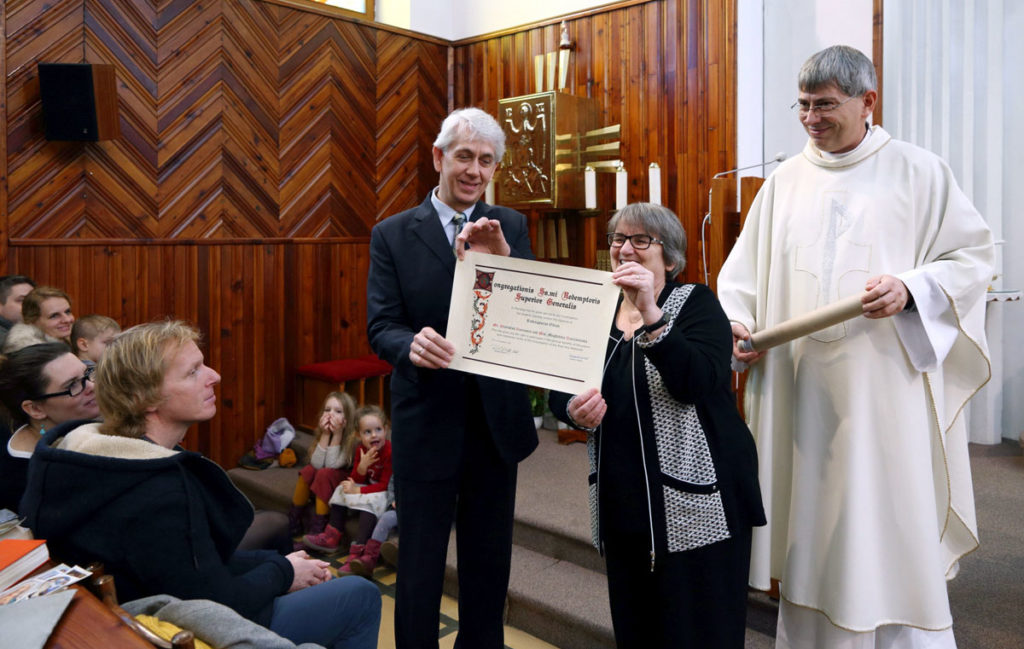 The Provinces’ Statutes of the  Congregation urge their members to try to enlist lay people to help them in their apostolate. When they devote themselves especially to the Congregation, are evidently faithful, diligent and generous in supporting the Congregation’s mission, those people can be accepted as oblates. For the Redemptorists, oblates and associate lay members, together with the Redemptoristines have been part of Redemptorist’s family since the foundation of the order by St. Alphonsus Maria Liguori.

The word oblate comes from Latin oblatus, literally translated as ‘offered to God’. At the beginning of Christianity, this term was used for children offered to God by their parents, who later became members of the clergy. In a later period, amongst the Benedictines and later the Cistercians, it was used for a person living outside the monastery, in the world, but taking part in the spirituality of a specific community he or she was associated with.