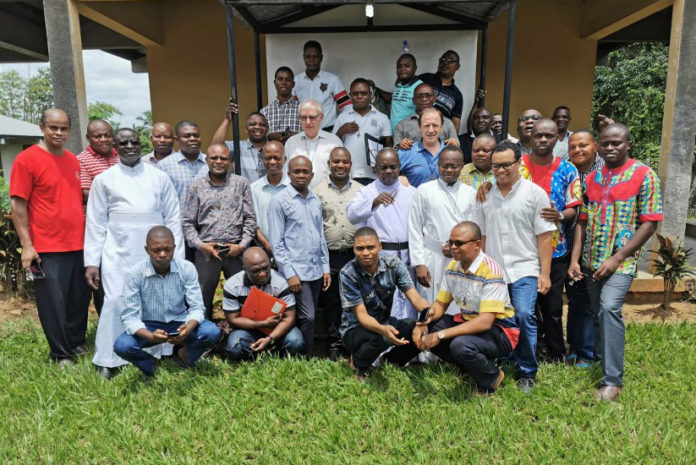 (Congo, Central Africa) The Canonical visits and the Assembly were held from 10 to 29 February 2020 nin the Vice-Province of Matadi, Congo. Frs. Pedro López and Nicolas Ayouba, the General Consultors, accompanied by Father Jan Hafmans, Superior of the Province of Saint Clemente, and also by the delegation from Madagascar, Fr. Germain, the Vice Provincial and Fr. Ulrich Erico, treasurer of Vice-Province, who came to discuss and implement the possible steps of the reconfiguration process.

To open and guide the celebration of this canonical visit to the Vice-Province, Father General Michael BREHL sent a letter to the Vice-Provincial Superior, Father Jean Robert D. In this way he articulated his expectations for the life of this part of the Congregation: “the canonical visit is a moment of grace and hope for visitors and for the Redemptorist Missionaries of the Unit visited, especially in this period of restructuring and reconfiguration. It is a process that requires the participation of each confrere and a testimony of faith in the power of the Holy Spirit, initiator of all apostolic fraternity, source of hope for a fruitful presence and mission of the Redemptorists in the Congo.” 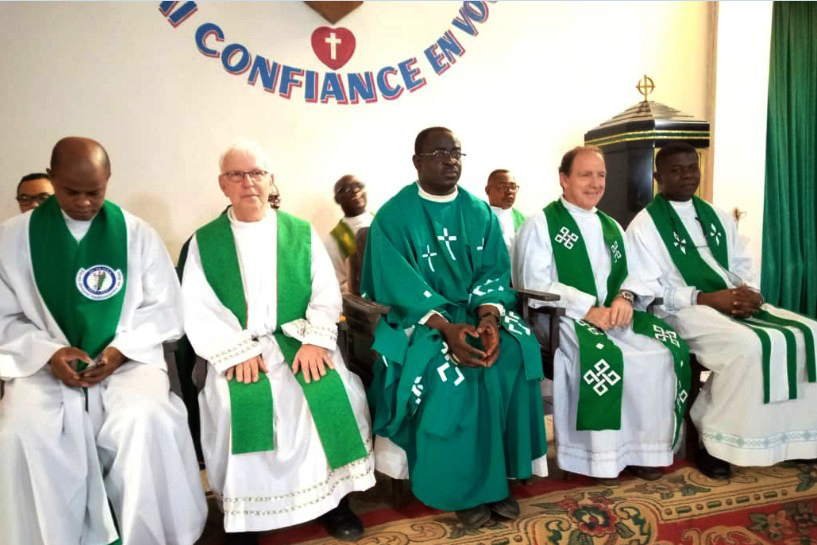 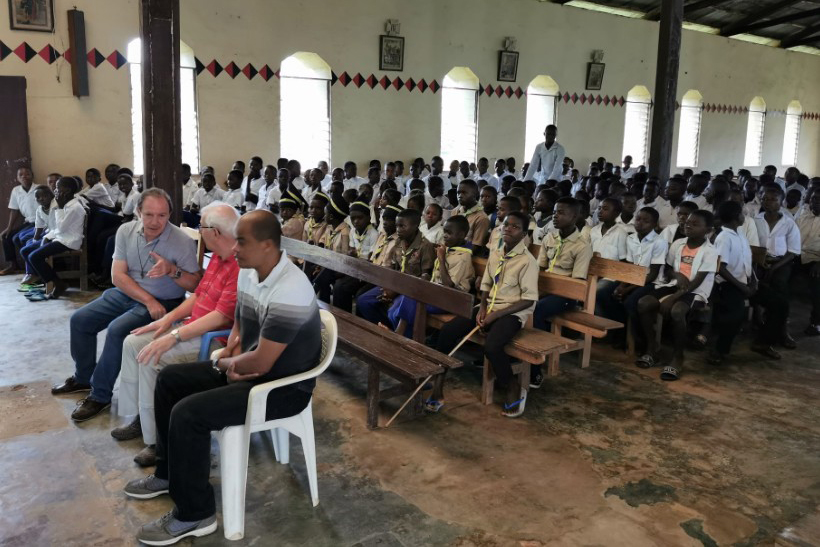 The confreres are engaged in different pastoral works. It is easy to note that the pastoral presence of communities is found largely in poor places and among the poor and the deprived. There are also many lay people who work in this evangelizing mission. The mission work continues despite many challenges and difficult situations faced in the country. In most of our communities, social projects have been developed to help and alleviate the basic needs of the poorest population: health center, schools, development activities, parish management and animation of many groups to respond to spiritual and training programs for Christians: through catechists, the collaboration of lay people in the basic living ecclesial community (CEVB), with the committees for the management of parishes and various institutions at the service of the poor and marginalized. The popular missions team and the Vice-Province radio also help to facilitate and strengthen this commitment with a more Redemptorist accent.

Almost all the communities of the Vice-Province have developed a community life project (PVC). A well-worked and followed Community Life Project is true, it must push and give a new breath of fraternal and spiritual life, which will now be a visible reality in all Vice-provincial communities.

There are 23 students in the formation: 7 in the prepostulate or aspirants (in Mbanza-Ngungu); 12 postulants in years of philosophy, and 4 theologians (in Kinshasa). The formation house has developed an excellent strategic plan for formation.

Economically it is clear, the Vice-Province depends heavily on foreign aid, especially of the Mother Province which is San Clemente. It does not have many other inputs but it is moving towards maximization of resources to arrive at a consequent local contribution.

Collaboration in the service of the Reconfiguration in the Zone (Congo and Madagascar) has already started. There is a good collaboration between the two Vice Provinces. They have a common novitiate; pastoral and economic realities are the same for many. From the experience of the Novitiate, for some, cultural and missionary integration will not cause a great problem. Especially if they know how to put Christ the Redeemer at the center, the availability for his mission and our belonging to the same Redemptorist family.

The Canonical visit ended with an Assembly of all the confreres of the Vice-Province, with the participation of the Provincial of San Clemente, Father Jan Hafmans and the delegation from Madagascar. The points discussed were around the presentation of the canonical visit report and the discussions on the impact of this Visit, concerning PVC, the Shared Mission and community leadership.

The opening Mass of the assembly was presided over by Father Nicolas Ayouba and the celebration of the closing Eucharist presided over by Father Pedro Lopez. The sharing of a fraternal dinner marked the end of the atmosphere of this very important visit for the Vice-Province of Matadi. It was indeed a fruitful coming together of all the members and visitors as well. The visitors were warmly welcomed by every community and every confrere. The Vice-Provincial, the communities, and the confreres made all arrangements for the success of the Visit. Thanks to everyone and may God’s blessing be upon us and all the ministry that are carried out, through the intercession of Our Lady of Perpetual Help. Amen.