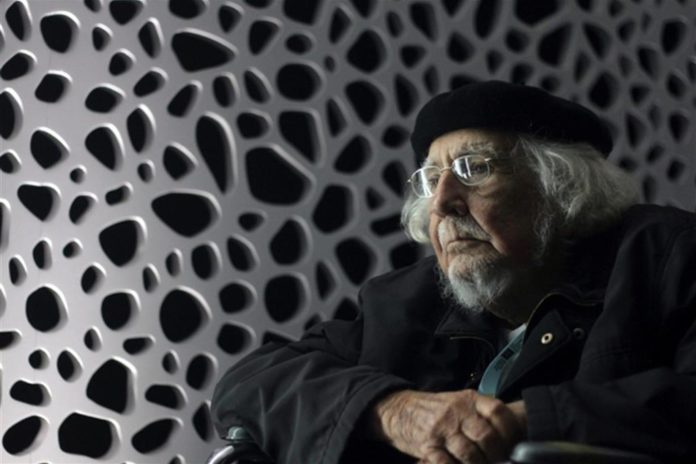 A brother who was a liberating poet and, above all, a believer incarnated in life and history, has left us. We celebrate with heartfelt joy, with grateful and overflowing faith, the Easter of Ernesto Cardenal (20.01.1926-01.03.2020). Suspended to divinis by John Paul II and re-established a year ago by Pope Francis, he could feel confirmed by his choices, at times extreme but never lacking in sapiential prophecy. It is worth remembering that his blood brother, Jesuit priest Fernando Cardenal (1934-2016), who was Minister of Education, had also been banned from holding government positions.

He was a multifaceted person who managed to embellish life with words and gestures, in the best school of the master Jesus, pilgrim and liberator. Who can forget that gesture of his, being on his knees in that airport and receiving a scolding in return (04.03.1983). Pain not so much caused to a person, who was, but, as he himself would say, to a people and their just historical choices. Because the Gospel and theology are kneaded by “getting their hands dirty” in the concrete commitment of life.

He himself was recognized as a “poet, priest and revolutionary” when he was awarded the Ibero-American Queen Sofia Poetry Prize (2012). In his roots is the search for open and infinite horizons. This led him to enter in 1957 the Trappist monastery of Gethsemane (Kentucky-USA), having the gift that his master of novices was another great poet, mystic, searcher without borders, Thomas Merton (1915-1968). How not to remember the book: Correspondences (1959-1968), Trotta 2003, where there are letters that reflect the friendship of the master and the disciple. Cardinal will found a contemplative community in the archipelago of Solentiname (Nicaragua) rightly advised by Merton himself. And he will dedicate an extensive poem to him following his death: “Coplas to the death of Merton” (1970).

One of his joys was to have created the so-called “Popular Poetry Workshops”, with which the simplest people of the town not only learned the beauty of the art of narrating and making poetry, but were the protagonists of a great cultural process, in which the artistic process was popularized and culture democratized.

He made of his life, of his pen and commitment, an evangelical and popular narrative. In him we find inspiration so that theology is not a desk, an abstract formalism entrenched in the clouds of Ubeda, but a companion to the pilgrimage of the people of God, among lights and shadows, among “the joys and hopes, the sadness and anguish of the people of our time, especially of the poor and those who suffer”, because for Ernesto, as for the Church of Vatican II, those “are at the same time” “the joys and hopes, sadness and anguish of the disciples of Christ” (GS, n. 1).

A book has just been published: Complete Poetry (Trotta, 2019; 1232 pages). Just to walk around, to let oneself be carried away by the narrator’s enchantment, deep, beautiful and liberating, would be an enchantment of contemplation and inspiration for the theological work. But we must be content with giving a few brushstrokes that can stimulate us to follow in his footsteps. He incarnated a psalm giving liberating mysticism to political commitment: “Hear my words, O Lord. Hear my groans. Hear my protest. Because you are not a God who is a friend of dictators, nor a supporter of their politics, nor influenced by propaganda, nor in society with the gangster…” (Psalm 2). He made everyday life have sapiential strength and give meaning to life: “The night is already moving away, followed by its followers and cadets. We are going to see very blue water: now we do not see it. – And this land with its fruit trees, which we do not see either. Get up Pancho Nicaragua, take the machete there is a lot of bad grass to cut, take the machete and the guitar” (Dawn). That’s how it was, because maybe that’s how it is, struggle and beauty, to forge life in response to the call to live and give life, for the glory of God and the good of his people. May it be so, amen, rest in peace, the poet of praxis, who made an art of every liberating process, who helped to give birth to history by seeking to give rise to continuous cultural creations, of new and better ways of being man and woman, through the revolutionary breath of the Spirit.