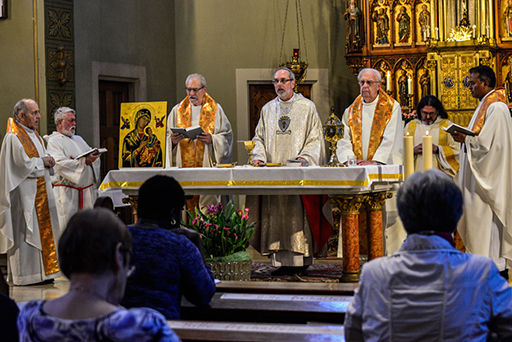 (Vienna, Austria) This City Pilgrimage took place on 27 June 2020, on the day of the inauguration of the “Marian Cathedral” in Hernals, the feast of “Our Mother of Perpetual Help”. The main Celebrant was Episcopal Vicar Father Lorenz Voith, the Parish Priest and Superior of the Redemptorist community in Vienna-Hernals, together with other Redemptorists and deacons.

The City Pilgrimage was celebrated with a festive mass, with candle procession and a blessing of the participants with the “Head”-Relic of St Clement. In spite of the restrictions due to the Corona Measures, nearly 150 pilgrims took part in the pilgrimage. 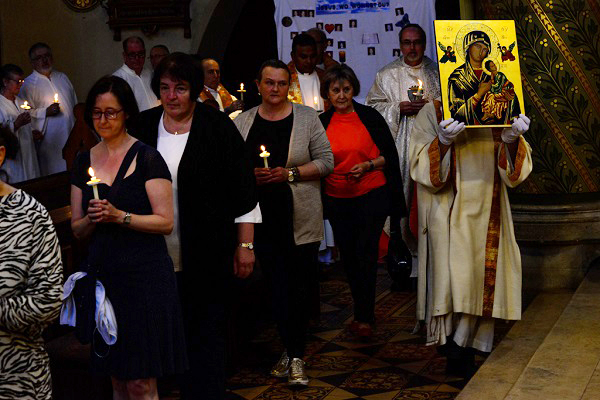 The pilgrimage was transmitted on the Internet through Live-Stream and can still be viewed on www.marienpfarre.at

“Especially in this period with the Corona disease, where both confreres of our community in Hernals as well as members of the parish were directly affected, we need times and places where to thank God and to pray.

During the last weeks, we have observed that a new form of solidarity in the Church has come into being, which was not there before. Something new starts growing and it cannot yet be precisely described. It is an exciting and challenging time for many people in the Church and for its “essential business” as well.

During this pilgrimage we eagerly wanted to give prominence to two groups of people in this current “Corona-Period”: Many elderly and sick persons, who for several months could not participate in the life of the Church; among those were also people in the nursing homes who were isolated and who suffered much due to the imposed ban on making contacts.

Then there were the families and their children, who were, especially during the last weeks, experiencing great strain confined to their own homes. These groups were in many ways “heroes”.

After this “Corona-Period” the religious orders, as well as the whole Church, must once again devote themselves to their social commitment”. 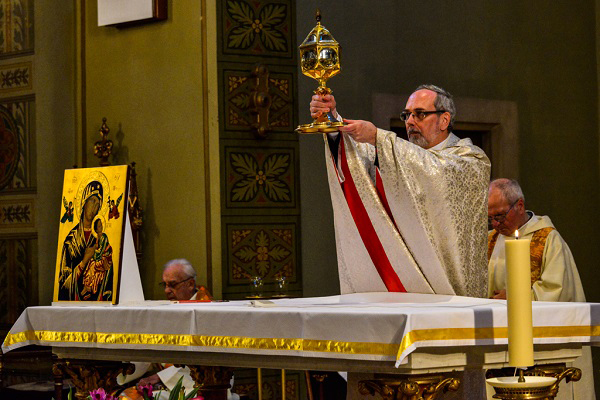 This year we celebrate the 200th anniversary of the death of Vienna’s patron saint Clement Maria Hofbauer. St Mary’s Church is the home of the “Head”-Relic of St Clement. The church is situated on Clemens Hofbauer-Platz in the district of Hernals in Vienna.

In 2016 the General Government of the Redemptorists invited the communities worldwide to intensify the veneration of the Icon of Our Mother of Perpetual Help, and this was the reason for us to start organizing these monthly city pilgrimages in St Mary’s Church (every month on the 27th) led by various celebrants.