The proposal of a “universal fraternity” is certainly not new in our history, from various angles it has been sought with greater or lesser success. There have been diverse groups that were even looking for this ideal have been divided among themselves for having different ways of looking for it and of making it concrete. This could lead to renouncing and not continuing to insist, or on the contrary; it could simply indicate the need to continue trying to find new and possible ways of realization.

In continuity with the best Christian tradition and the imprint of Vatican II, Pope Francis would be for these attempts. His proposal has its peculiarities, emphasizing that such a fraternity/sorority, besides being universal, must be open, without borders, inclusive, respectful of diversity and, fundamentally, respectful of the common and inalienable human dignity. In the face of this proposal, we will undoubtedly find normal reactions that include rejection, scepticism and very varied acceptance. The question is whether the historical time is sufficiently mature not to remain there, in the first and understandable diverse reactions, and to be able to go beyond that by taking concrete steps of encounter and opening processes of dialogue through which one could abandon trenches and open oneself to new identitarian, personal and collective configurations. From historical experience, one might ask whether it will be possible to go beyond social Darwinism, the various tendencies to devour each other, the apparent supremacy of peoples and nations, and visceral, epidermal and ideological intolerance, of the crass fundamentalisms of all colours, of all individualisms and selfishness, of the most varied mechanisms of unfair and exclusive competition, of the commodification of most of our relationships, personal and systemic, of the old and new wars for goods and resources. The list could go on. Note that we have not said to eliminate these realities but to go beyond them. From a human perspective, as it is profoundly Christian, we do not pretend to achieve completely “perfect” societies. Still, we know that we can (must) be better human beings in every moment of the historical process.

The “open and universal brotherhood/sorority” is, from this historical perspective, a need to conquer. From a Christian vision, we add that this is possible because it is first a gift, an offer initiated in the depths of our humanity, created and redeemed by a God who is love and communion, the source of all human fraternity/sorority. As Vatican II said: “In proclaiming the Council the highest vocation of the human being and the divine seed hidden in it, it offers the human race the Church’s sincere collaboration in achieving the universal brotherhood that responds to that vocation” (GS, n. 3) and further that “everything the Council has proposed is intended to help all human beings of our day, those who believe in God and those who do not believe in him explicitly, so that they may better adjust the world to the higher dignity of the human being and tend towards a universal brotherhood that is more deeply rooted and under the impulse of love” (GS, n. 91).

(The original text is in Italian) 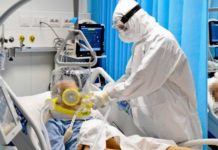 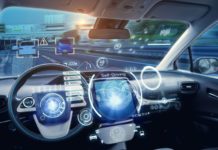