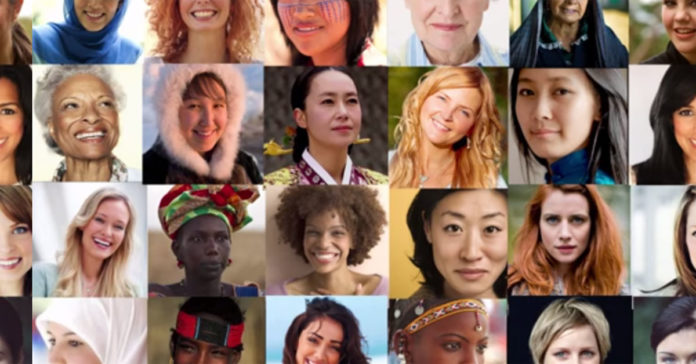 For more than a hundred years, we have been “celebrating” women on March 8. Without denying the value of the steps forward, it is beyond dispute that women are still violated and discriminated against.

Too many women are victims of violence and mistreatment even within the family, and just as many are forced to sell, along with the body, their dignity. Unfortunately, the pandemic and the related “isolation” has locked up many women, victims of inhuman violence, in real cages. Already five years ago, Pope Francis wrote in Amoris Laetitia that while it is true that considerable progress has been made locally in recognition of women’s rights, there is still a long way to go at the global level (cf. AL, no. 54). Every form of violence against women, whether physical, verbal or sexual, is not “a demonstration of masculine strength but cowardly degradation” (AL, n. 54).

The Church has the duty to take the front line because, in God’s plan, the beauty of diversity is a magnificent creation by God’s own will and observation (cf. Gen 1:27-28). It is enough to reflect on this point to understand that any discrimination is a profanation against God.

It is necessary to fight to claim the truth, the beauty of diversity. As in every battle, many innocent people die. International Women’s Day is placed in the month of spring and the Annunciation. Spring is the season of rebirth, and the Annunciation is the event that makes the fulfilment of Salvation through conception. For the woman, that of pregnancy is a wonderful and difficult time, a time in which: “the mother cooperates with God so that the miracle of new life is produced” (AL, no. 168). Too many women today count among their rights the right to life and death. And they oscillate from: “I want a child at all costs,” to: “I don’t want this child, the State must allow me to have an abortion”. Between these two extremes oscillate various practices. Men research, study, operate what the technique allows, but everything happens in the woman’s body.

The eye does not see, and the heart does not grieve. It is a wise maxim, but still valid? Restricting ourselves to abortion, given the reactions to the law prohibiting abortion in Poland. One can reflect. To abort is to prevent a child from being born. It did not ask to be conceived, but someone chooses that it should not be born. The eye does not see what happens in the mother’s body, but the heart does not grieve? The woman is constitutively a mother. The first woman in biblical history is remembered for her collaboration in sin. Still, it is forgotten that she is called Eve because she is the mother of the living (cf. Gn 3:20), thus obscuring the deepest sense of femininity. By the very fact of being a woman, she is a mother, a womb that welcomes, nourishes, protects, gives, educates, accompanies and lets go. This is the essence of womanhood.

There can be different and dramatic reasons for a woman to have an abortion. Can the heart not grieve if she goes against herself? Does performing this dramatic act on a cold operating table or in the meanness of a pill and left to her own home’s vulnerability promote the woman’s freedom and protect her health? Or does it rather expose her physically, psychologically, ontologically to loneliness, closure, abandonment? Can a society become disinterested in how freedom is developing? Is respect for the freedom to abandon it to itself? A society that wants to be simply human should honestly question itself!

(the original is in Italian)