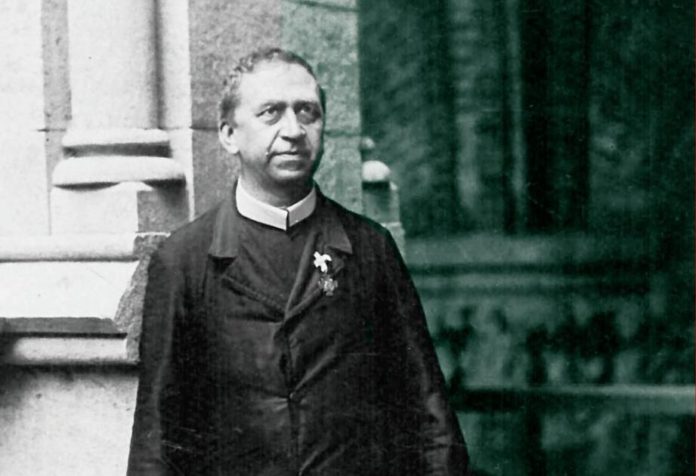 This year marked the 130th anniversary of the Encyclical Letter Rerum novarum of Leo XIII (5 May 1891). In this regard, the foundation of the Workers’ Circles by Fr. Federico Grote (1853-1940), a German Redemptorist priest, on 2 February 1892 in Buenos Aires, deserves to be highlighted.

As Fr. Roberto Etcheverry, an Argentine Redemptorist priest, observes, Fr. Grote “imprinted the spirit of Rerum novarum on the Workers’ Circles and added the experiences of the German and Italian Circles, mainly, to structure the social ideas of Catholicism in a concrete project initiated with the foundation in 1892. But his personality and social charisma had a positive influence on the process of growth, not only in numbers and activities in the various Workers’ Circles but also in the commitment to the workers’ cause, energising it with the incorporation of non-worker, intellectual and professional elements.

Fr. Grote’s thinking helped many people, from different social strata, to become politically involved, encouraged by the faith and the social cause” (A missionary among the workers. Fr. Frederick Grote, Redemptorist and the Workers’ Circles. 1892-1912).

Fr. Grote himself gives an account of the relationship of his work to the document of Pope Pecci when he states in the newspaper El Pueblo that the Workers’ Circles arose as “the fruit of the Encyclical Rerum novarum” (24 August 1907).

Fr. Federico Grote’s priestly zeal is revealed when, among other statements, he says: “The social action of the worker, that is, the efforts to promote by all kinds of licit means the temporal and moral well-being of the workers was not, therefore, in my intention, the ultimate end that I proposed to myself, but rather a means to remove the workers from the dens of perdition and place them under the salutary influence of the Church”.

This brief note shows the fundamental importance of the Catholic social apostolate under the inspiration of the Magisterium of the Church. As an instrument of evangelisation, the Social Doctrine of the Church is a common work of all the children of the Bride of Christ, priests, laity and religious (John Paul II, Centesimus Annus, 1 May 1991, 54). Much of the effectiveness of the Church’s social work, in fulfilment of the mandate of Jesus Christ, her Founder, is to be found in the complementarity of the works among its members.

We are happy to remember the figure and the work of Father Grote and, in communion with his apostolic zeal, the figures of the Argentinean Catholic laity who, each one, from their own position for the Christianisation of the world, knew how to articulate their activities to achieve a common objective. This is a great lesson for Argentine Catholics in the 21st century and for people of goodwill who seek to re-establish a just social order in accordance with natural and Christian law at the end of the day.