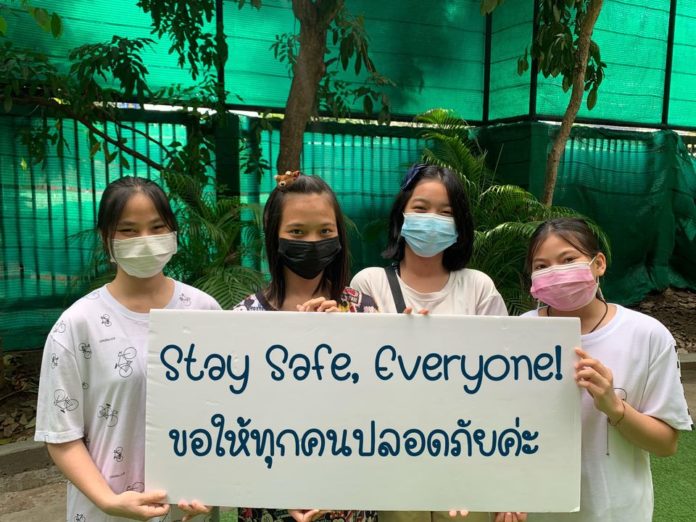 Among the hardest-hit areas in Bangkok during a particularly virulent outbreak of Covid-19 in Thailand has been a sprawling inner-city slum that is home to many of the city’s poorest residents.

Yet almost miraculously a famous local Catholic mission in the deprived district of Klong Toey has managed to escape the ravages of the deadly virus all around it.

Even as infections have spread far and wide among residents in the shantytown community of some 90,000 people, the Mercy Center, which is home to an orphanage and runs numerous schools for underprivileged children around Bangkok’s many slums, has been an island of safety.

“We are in lockdown, all healthy and fit,” said Father Joseph Maier, a Redemptorist priest from the United States who runs the mission with Sister Maria Chantavardom, a Catholic nun.

For nearly a half century, Maier, fondly known as Father Joe, has overseen a large operation of charity and outreach initiatives in Klong Toey and other Bangkok slums, helping many of Bangkok’s poorest residents in various ways.

The Mercy Center educates the children of many of the city’s downtrodden, including scavengers and garbage pickers. It also offers income-generation projects for abused women in communities where domestic violence, substance abuse and various forms of crime are commonplace.

During the ongoing third outbreak of the coronavirus in Thailand, which has seen infection rates shoot up in recent weeks, the Mercy Center has worked to ensure that the children and families in its care remain safe.

“Yes, we wear masks and wash and wash and distance, but we are fine. I am fine, housebound but happy and healthy.”

Meanwhile, around the congested shantytown in Klong Toey, where some rickety shacks are home to as many as a dozen people, infection rates have been going up in a development that has alarmed government officials.

In a bid to stem the viral outbreak in the slum, officials are planning to roll out a mass vaccination project to inoculate 60 percent of the area’s residents within two weeks, according to an official announcement by Prime Minister Prayut Chan-o-cha.

Time is of the essence, officials say, as there are growing fears that infected residents who have no symptoms or only mild ones could spread the virus across the capital during their trips around town.

“Significant numbers of people from the high-density area travel for work to many places across Bangkok and in adjacent provinces,” the Bangkok Post explained.

To date, Thailand has had well over 72,000 documented cases of Covid-19 and more than 300 deaths since the beginning of the global pandemic early last year.

Although these numbers pale by comparison with figures in countries such as India, they constitute a large increase in Thailand over figures throughout last year when the Southeast Asian nation’s documented cases of Covid-19 remained limited to a few thousand.