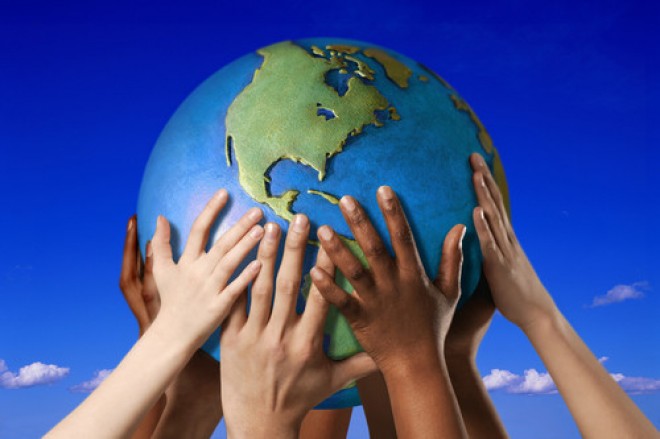 A phrase that goes from being a title of a novel (Margaret Mazzantini), which tells of the intimacy of love that breaks and opens up to the future in a hopeful way, to a slogan to confront the present “pandemic” used widely in the media by various people. A phrase that serves both to give encouragement and to encourage social attitudes. When pronounced by Pope Francis, from a religious point of view, it takes on even more significant tones. According to him, in this epochal context, “we realised that we were all in the same boat, all fragile and disoriented”. The current situation has revealed an unprecedented world crisis, which is added in a more or less evident way many other local and global crises, which threaten our humanity daily. Francis said that from this crisis, “no one can save himself/herself alone”[1]. It is not easy to forget the image of a Pope in the middle of a deserted St. Peter’s Square, under a light rain and a panorama that reflected a global climate in which the majority of humanity was experiencing the advance of darkness that continues to accompany us to this day. But the question is not so much what happened or how the phrase came to be coined. What is more important is the extent to which it reflects reality and the extent to which it can overcome orientation.

It could be said that the magisterium of Pope Francis places its cornerstone on inclusion[2]. Therefore, he puts his pastoral effort into overcoming every paradigm that by principle or consequently excludes, marginalises, discards or belittles[3]. To this end, he tries to recall, in many ways, the importance of the human and Christian centrality of communion, of relationality, of universal, open and supportive fraternity. As a believer, he starts from the profound conviction that “the joy of the Gospel is for all people, it can exclude no one” (EG, n. 23).

It can be said that he insists not only with words but also with gestures, human, pastoral, profoundly evangelical, to remind us of the importance of this communal path of fulfilment, of salvation in and of history[4]. Thus, for example, in these days (04.02.2021), he participated in the first International Day of Human Fraternity, established by the General Assembly of the United Nations (21.12.2020). He participated (online) together with the Grand Imam of Al-Azhar, Ahmad Al-Tayyeb. It is the date that commemorates the signing of the Document on Human Brotherhood for World Peace and Coexistence (2019). Religions and people open to a more humane future, searching from different angles for possible paths so that no one is left out, inventing alternatives in which no one seeks to save themselves in isolation and, much less, at the expense of others or leaving others out, especially when it comes to the most “disadvantaged”.

All these gestures are an appeal to the world of social, political and economic relations, because the inertia of pragmatic, individualistic and technocratic models is very strong and permeates, in many ways, a large part of our way of life. The great task is to awaken and form consciences in order to generate more holistic and humanising life systems and systemic paradigms. Here moral theology has a good inspiration to rethink and relaunch its sapiential and prophetic mission. This year dedicated to deepening the Amoris laetitia project on marriage and the family can be a great opportunity. The great mission is to take a stake in this fundamental reality of the life of the Church and of society, seeking to take concrete steps, overcoming closed-mindedness and pettiness, allowing love to lead us along real paths of integration[5].

2] “I hope that in these times in which we live, recognising the dignity of every human person, we can revive among all a worldwide desire for brotherhood. Among all: Here is a beautiful secret for dreaming and for making our life a beautiful adventure. No one can fight life in isolation. …] We need a community that supports us, that helps us and in which we help each other to look ahead. How important it is to dream together! …] Alone you run the risk of having mirages, where you see what is not there; dreams are built together. Let us dream as one humanity, as walkers of the same human flesh, as children of this same earth which shelters us all, each one with the richness of his faith or his convictions, each one with his own voice, all brothers and sisters” (FT, n. 8).

3] “When the heart is authentically open to universal communion, nothing and no one is excluded from this fraternity […] Any cruelty to any creature is contrary to human dignity. We cannot consider ourselves great lovers if we exclude from our interests any part of reality […] Everything is related, and all human beings are together as brothers and sisters in a marvellous pilgrimage, intertwined by the love which God has for each of his creatures and which also unites us, with tender affection, to brother sun, sister moon, brother river and mother earth” (LS, n. 92).

4] A human being is made in such a way that he does not fulfil himself, does not develop and cannot find his fullness except in the sincere gift of himself to others. He does not even fully recognise his own truth if it is not in the encounter with others: I only really communicate with myself to the extent that I communicate with others. This explains why no one can experience the value of living without concrete faces to love. Here is a secret of true human existence, because life subsists where there is bonding, communion, fraternity; and it is a life stronger than death when it is built on true relationships and bonds of fidelity. On the contrary, there is no life when we pretend to belong only to ourselves and live as islands: in these attitudes death prevails (FT, n. 87; cf. nn. 94-95; 121; 137).

5] It is a matter of integrating everyone; each one must be helped to find his or her own way of participating in the ecclesial community, so that he or she may feel the object of unmerited, unconditional and gratuitous mercy. No one can be condemned forever because that is not the logic of the Gospel. I am not referring only to the divorced and remarried, but to everyone, in whatever situation they find themselves (AL, n. 297; cf. nn. 321; 323).