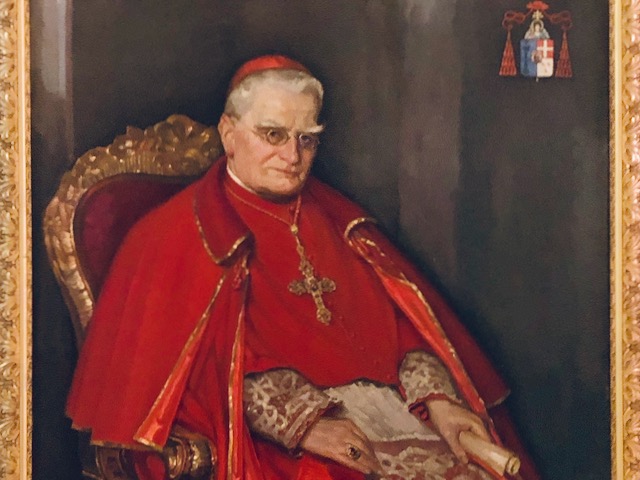 At the beginning of April, Dr. Vefie Poels of the Radboud University in Nijmegen published her biography of Cardinal Willem van Rossum C.Ss.R. (1854-1932). Van Rossum’s exceptional life history – from orphan from Zwolle to high curie status in Rome – sheds a fascinating light on the history of the church and the Roman Curia from the end of the nineteenth century until well into the interwar period. He was the great strategist behind the worldwide mission of the Roman Catholic Church.

The impressive career of this Redemptorist in the Vatican was not without a struggle because of the clash of personalities and their cultures. However, he learned to maintain himself well as an outsider. In 1911 he became the first Dutch cardinal after the Reformation and in 1918 the head of the mission department, with the official title of Prefect of the Congregation de Propaganda Fide. This was one of the highest posts in the Vatican, making Van Rossum known as “the red pope.”

Van Rossum turned out to be a great organizer and strategist. He concentrated the numerous missionary initiatives in Rome and broke the nationalist grip on the spread of the Catholic faith. He combined a conservative view of ecclesiastical doctrine with a foresight of the development of the church in the mission. At an early stage, he built an indigenous hierarchy on it. As a result, Van Rossum ensured continuity in the church in the post-war wave of decolonization. In the meantime, he analyzed the organizational abuses in the Vatican Curia, which are still relevant today.

This intriguing book is based on careful research in numerous archives, including the collections in the Vatican and the KDC. This biography also shows how the Dutch ecclesiastical province became integrated into the world church and how the status of the Dutch Catholics rose thanks to this prelate.

The book has been published in Dutch. An English translation is currently being worked on.

Cardinal Rossum’s biography in English and some photographs of selected memorabilia (including the Cardinal’s ring, the pectoral cross and the crosier) – on the webpage of his home town Zwolle, Netherlands.