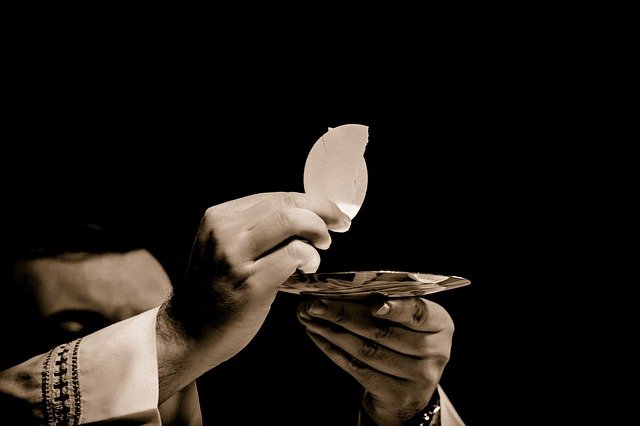 Christian people’s attitude toward abortion has been clear and constant over time and the teaching of the Church has been equally clear and constant: abortion is an “unspeakable crime” – so we read in Gaudium et spes 51 – as it is the suppression of a human life in its very beginning and it is all the more serious as this innocent life is totally entrusted to our hands by God. The refusal of abortion is mandatory for the conscience not only in the light of faith, but also in the light of human reason.

Since the 1960s, permissive laws on abortion have begun to make their way in many Western countries and consequently, the general problem has arisen of the adherence of Catholics and, in particular, of Catholic politicians to groups and parties that have in their program questionable or even unacceptable positions regarding abortion and other ethically significant issues such as euthanasia. In 1974 the declaration On Procured Abortion had stated that “human law can abstain from punishment, but it is not able to make honorable and good what is opposed to the natural law” (De abortu procurato 21: “Lex humana nonnumquam omittere potest poenam, at reddere non valet honestum et probum id quod ius naturale transgreditur”). Evangelium Vitae, in 1995, gave some concrete criteria to judge if a Catholic politician could intervene and collaborate to pass a law on abortion that is less permissive and, therefore, objectively better than another more imperfect one (cf. EV 73). We are getting – it is clear – into a very sensitive area and prudent discernment is necessary not to become accomplices of death and cause of scandal. On this topic there is a Note on Some Questions Regarding the Participation of Catholics in Political Life published in 2002 by the Congregation for the Doctrine of the Faith, then led by Cardinal Joseph Ratzinger. Concrete situations never completely overlap and careful and detailed evaluations are needed. Realism and capacity of mediation are part of any political action, but they must not slip into a dangerous relativism, mistaken for legitimate pluralism, so that a politician arrives at professing a double moral truth, private and public.

Until 1973 in the United States abortion was regulated in different ways and in 30 States it was always prohibited. In January 1973, the Supreme Court issued a 7–2 decision known as Roe v. Wade ruling that the Fourteenth Amendment provides a “right to privacy” that protects a pregnant woman’s right to choose whether or not to have an abortion. Two motivated and active fronts have thus established themselves in American society: pro-life, against abortion and pro-choice, for a woman’s right to choose abortion. In recent times, the US Bishops have raised the problem of Catholic politicians who, militating in the ranks of the Democratic Party, find themselves supporting a programmatic line in favor of a right to choose abortion. In 2004 Cardinal Ratzinger, responding to a specific question from the President of the American Bishops’ Conference, wrote a confidential letter –  available on the internet – which gave indications on our topic: can a priest give communion to a politician known to be in favor of a right to choose abortion? Here it is not a question of the excommunication which, according to canon 1398, affects those who procure abortion or directly cooperate in carrying it out, but it refers, in a broader way, to those who cooperate, even if only morally, in abortion. By moral cooperation in abortion we mean – as the letter explains – in the case of a Catholic politician, “his consistently campaigning and voting for permissive abortion […] laws”. His Pastor should enter into dialogue with such a politician concerning his continued reception of Holy Communion, in order to make discernment together on his position and honestly verify whether the necessary conditions are given to approach Holy Communion worthily. The problem has arisen again with the election as President of the United States of Joe Biden who, after John Fitzgerald Kennedy (1917-1963), is the second Catholic President and who communicates regularly. As part of a document on The Eucharist in the Life of the Church, it was proposed to insert a section that reflects on the admission to Holy Communion of Catholics who hold public office and accept without manifesting discomfort or even favor abortion as a right. President Biden is viewed with suspicion by the pro-choice movement for his Catholic background, but he is displeasing the Pro-lifers, who tend to be in the ranks of the Republican party and to be close to former President Trump. Biden is accused, among other things, of having released federal funds to facilitate access to abortion. Due to the different organization of health services in the United States compared to the socialized European style, a concrete question, in addition to the legal regulation of abortion, is that of the use or not of federal funds to allow access to abortion by the economically worse off classes. With a view to the proposed approval of the document, the President of the Bishops’ Conference, Archbishop José Gomez,  informed the Prefect of the Congregation for the Doctrine of the Faith, Cardinal Luis Ladaria Ferrer and asked him to clarify the issue  Cardinal Ladaria’s reply, dated May 7, 2021, explicitly takes up the letter of Cardinal Ratzinger and gives guidelines of great prudence that take into account the climate of conflict that winds through the American Catholic Church and the unilateral focus on some issues compared to others. He recommends avoiding the risk that “the formulation of a national policy” on a question of “potentially contentious nature, could become […] a source of discord rather than unity within the episcopate and the larger Church in the United States “. He asks that “a dialogue would take place among the Bishops as they could agree as a Conference that support of pro-choice legislation is not compatible with Catholic teaching”, but also urges “local Ordinaries” to dialogue with “Catholic politicians within their jurisdictions who adopt a to pro-choice position regarding abortion legislation, euthanasia and other moral evils, as a means of understanding the nature of their positions and their comprehension of Catholic teaching”. In the words of Cardinal Ladaria there resounds the centuries-old wisdom of the Church that does not retreat even one step on non-negotiable values, such as the sanctity of human life, but knows that the embedding of values ​​in historical reality can be difficult and controversial. The Bishops, on June 19, 2021, voted on the draft document to be proposed at their forthcoming plenary meeting and decided by a large majority – to be precise 168 in favor, 55 against and 6 abstentions – to proceed in the most rigorous direction. To see, however, that about a quarter of the Bishops are against some aspects of the document is worrying and suggests that in November, when the document is actually presented for approval, it will be a very divisive text and susceptible to undue political exploitation.

What about Joe Biden’s personal situation at this point? Before God, Joe Biden is a believer with his private and public responsibilities and for this reason, the Church rightly asks him, and not only him, but all of us, the question whether the life we are leading, in the multiplicity of its aspects, is really in tune with the sacrament we celebrate. “Eucharistic coherence” is not, in fact, a requirement of politicians alone, but of every member of the faithful.