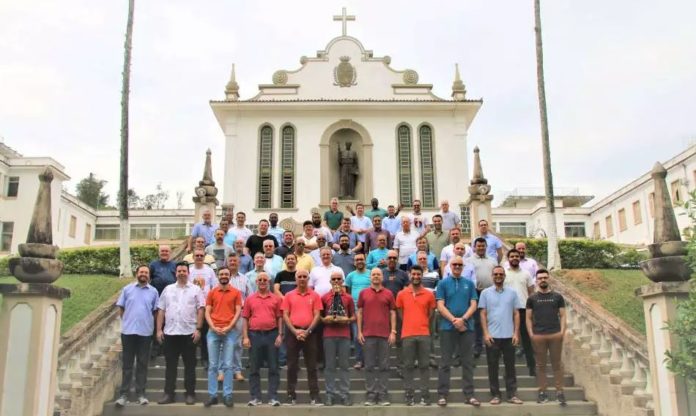 From the 16th to the 18th of November, the Superiors and Rectors of the Communities and Councils of the Redemptorist Provinces of the Units of São Paulo, ‘Rio-Minas-Espírito Santo’, Santo Alfonso Seminary and Bahia met in Aparecida. In 2023, all these units will unite and form a new Province proposed by the Congregation of the Most Holy Redeemer to strengthen the evangelising mission. The meeting brought together 51 Redemptorist missionaries from the three units.

According to the Provincial Superior of the Province of São Paulo, Fr. Marlos Aurélio, the intention is to verify the steps taken so far by the sub-commissions, which are studying nine different areas of action of the three Redemptorist units:

“It is a way to be able to share with the groups and also hear from them these texts and documents, which will still be a raw material for next year’s work. In 2022, based on the suggestions we have received, we will intensify the ideas around these different areas so that, in 2023, we will be able to hold a large assembly, in which we will approve decisions based on these documents”, explains Father Marlos.

In this context, he also explains that this is a path to be built in view of creating the new province. “It is a way to get involved all confreres and give them the right to participate in the process of designing the appearance of the new province”.