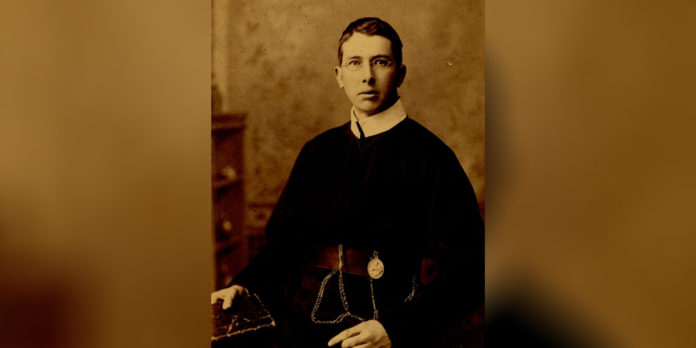 “15th November, World Alcohol-Free Day, was an opportunity to ask for help from the ‘protector priest’ of those suffering from addiction, the Redemptorist Alfred Pampalon,” writes the Aleteia portal, taking up a translation of one of their articles in French.

Millions of people suffer from alcoholism and its consequences, and many of them share their experiences in the Alcoholics Anonymous movement. Talking about alcohol to get rid of it has been the motto of the movement, which brings together more than two million people worldwide for more than 57 years. Some of them also follow a spiritual path, willing to “discover that there is a God who loves them” and to count on the protection of Father Alfred Pampalon, C.Ss.R., patron saint of all people suffering from addiction.

Father Pampalon assisted people suffering from addictions that deprive man of part of his freedom. The Redemptorist was declared venerable on 14th May 1991 by Pope John Paul II.

‘Good Father Alfred’, as he is known, was born in Lévis, in the Canadian province of Quebec, on 24th November 1867. At the age of five, his mother died, and he decided that from then on, the Virgin Mary would be his mother.

When he was 17, a serious illness led him to receive the last rites. Following his recovery, that was attributed to the intercession of Saint Anne, Alfred sets out on a pilgrimage, by foot, to the shrine of Sainte-Anne-de-Beaupré to give thanks for his healing. He decided to live as a son of St. Alphonsus de Liguori, as a Redemptorist, approaching the little ones and the suffering, getting closer to God and pacifying hearts.

Already a priest, he began to show signs of tuberculosis but continued his mission: hearing confessions, guiding souls, consoling the poor, baptising…

On 30th September 1896, he breathed his last. Since his death, there have been many testimonies of physical and spiritual healings from people who visit his tomb, in the basilica of the sanctuary of Sainte-Anne-de-Beaupré, Canada, to invoke his intercession.