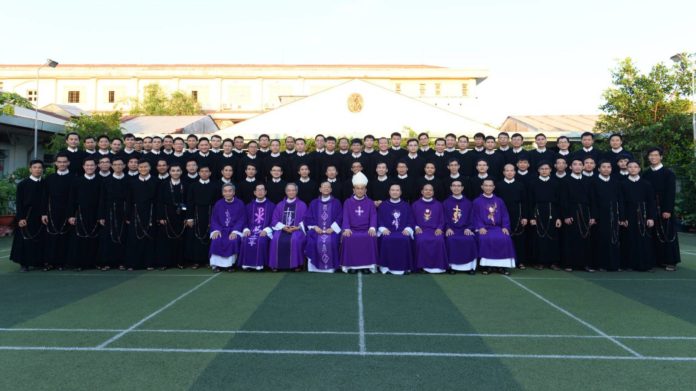 (Vietnam) Friday 25 February 2022, the Office of the Registrar of Saint Alphonsus Theologate released an announcement of the Philosophy and Theology Faculties’ enrollment for the 2022-2023 academic year. The candidates are to take the exams of 3 Subjects: Catechism of the Roman Catholic Church, Vietnamese Literature and Foreign Languages [English/French].

Saint Alphonsus Theologate is a seminary run by Redemptorists in Vietnam, which provides an academic program in both Theology and Philosophy for more than 185 students of 22 different Congregations in the Archdiocese Sai Gon. Among them, there are 71 Redemptorist seminarians. It is located at 970D (352/5) Binh Quoi, Ward 28, Binh Thanh District, Ho Chi Minh City. Forty-nine professors are teaching here.

The formation program is two years of philosophy and four years of theology. This Theologate has a history of over 85 years since its foundation and has trained many generations of religious and priests of the Redemptorists and other religious congregations as well.