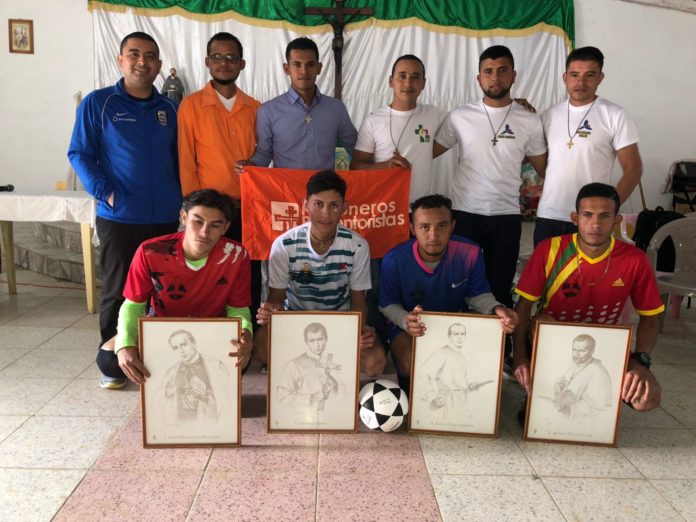 Andrés Martínez, a Redemptorist missionary, together with other leaders of the parish of Nuestra Señora del Perpetuo Socorro, have undertaken a project with the motto: “With the ball, I follow Christ”, the creation of a small Redemptorist youth league.

This initiative has taken place in the rural areas of the parish. So far, four sports clubs have been created with the participation of young people with limited resources. The clubs are named after saints and blessed of the Redemptorist missionary Congregation. Each club has a coach and a leader (minister of word) who accompanies them. Once a week, they meet in their respective community to receive a formative talk, have a time of prayer, and train and be ready for the sports championships.

Currently, the St. John Neumann Cup is being played in honour of the Saint. It is being played in the communities of Las Vegas de Veracruz and Planes. And it has started with the following clubs who are already organised. Club San Alfonso, Club San Gerardo, Club San Juan Neumann, Club Beato Gaspar. At the end of this Championship, a new registration process will occur. We are working on the configuration of more clubs that want to join this pastoral initiative of the Redemptorist youth league.

Before each game, all the young members of the four clubs go to the church of the community where the game will be played. There, they are given a topic, prayed over and then moved to the court to start the respective matches of the day. The Redemptorist youth league championships take place every Wednesday morning.