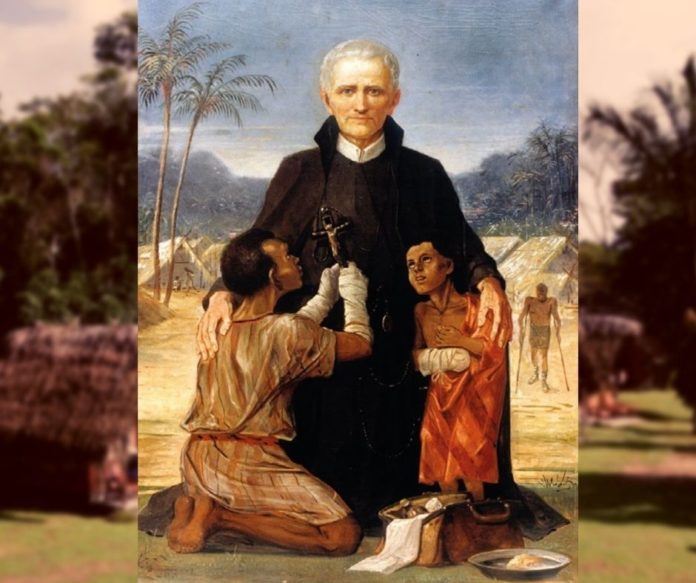 For 156 years, the Redemptorist Missionaries have been present in Suriname, the region where Blessed Peter Donders worked with exploited and marginalized people. The mission in the region stays under the care of the Union of Redemptorists of Brazil. Due to the restructuring process in the Congregation, the new Province of RJ-SP-BA now assumes this responsibility.

The Redemptorist missionary of the Rio Province, Father Fagner Dalbem, C.Ss.R., arrived in Suriname in October 2020 and since then, he has dedicated himself to the study of the Dutch language and pastoral work. In this interview, the priest tells some curiosities of this experience in Surinamese lands.

How do you work in Suriname? How do you share your pastoral activities?

What has been the experience of working in the mission in Suriname?

It has been challenging because of the culture, being far from home and mainly because of the language. Dutch is difficult, and this is perhaps the biggest challenge. But we are missionaries, and it is also a great joy to be serving God, giving our best.

Do you have any curiosity or fact that has marked you during this time?

What has surprised me the most are the different languages. Besides Dutch, the people speak several other languages. This is natural in Suriname. The children speak English, Dutch and the dialects of the country. It is fascinating when talking to each other, and it’s a fact that really struck me.

Tell us about some picturesque situations that differentiate the Surinamese tradition from the Brazilian tradition, especially in the religious field!

In the Catholic religious field, what is most different is what in Brazil we call funerals. For them, it is like a great social moment, in which they prepare everything in a very broad way. While in Brazil, the funeral rite lasts about 10 to 20 minutes (when it is not a mass with the body present), it lasts more than an hour in Suriname. There are several speeches and many songs, and the priest has several types of blessings. During the pandemic, a video of some men dancing while carrying the coffin at a funeral went viral. It was from Suriname. I am trying to understand what this celebration with the deceased means.

What struck you most about the local people?

The people get defined by their cultures. There is a mix of different peoples in Suriname from many places, such as Indonesia, Latin American countries, and European countries. There are peoples with different cultures and foods, all of which is well defined. You can identify the identity of each one.

What legacy did Blessed Peter Donders, the Redemptorist, leave that still marks the mission in Suriname?

Blessed Peter Donders left a significant mark on Suriname. He came from Holland and settled in Suriname, where he wanted to stay with the lepers in an area far from Batavia, where I had the opportunity to meet him. He chose to live among them and stayed there until he died. It was his identification, here that he felt called to be. Peter Donders’ ability to inculturate himself and be close to the most abandoned marked the people and the clergy. The choice to be where it is most needed, with the most suffering and excluded people, to do the best one can: this is what marks us and calls us to continue the mission of the Blessed Redemptorist.