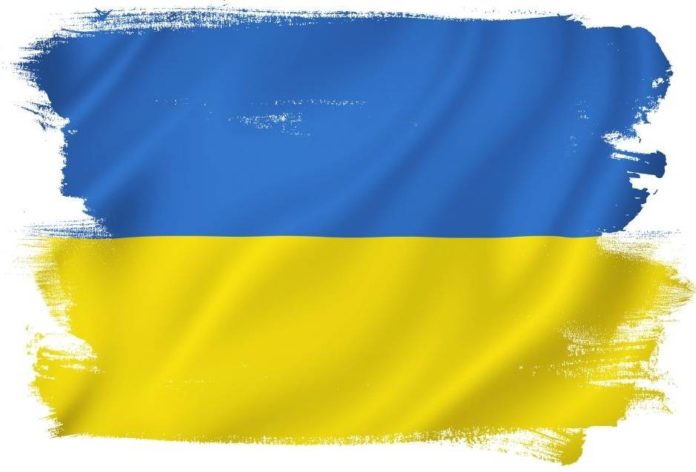 What can be done to help the people suffering in Ukraina? This question has been frequently repeated in recent days as the war is advancing and becoming more ruthless. The Redemptorists worldwide have been responding to people’s cries for help.

“When refugees started arriving in Poland from Ukraine, so many Poles rushed to the border with hearts on their sleeves to do anything, that traffic jams also formed in the direction from west to east” – this is how one journalist described the situation at the border.

There is indeed a great stir among the people rushing to help. People are opening their hearts and the doors of their houses to Ukrainians fleeing war. As Pope Francis said today on Ash Wednesday, they are generously offering them everything they need “so that they can live with dignity, despite the drama of the present moment”.

We have also taken many actions. We are in constant contact with our Redemptorist confreres and Redemptorist nuns contemplative and active in Ukraine. So far, everyone is safe, although two communities are in a battle zone. They know that we are ready to receive them at any moment, but they want to remain with their parishioners, families, relatives, friends at this dramatic time. We understand this and admire their courage and will to defend freedom and national existence!

Our communities have declared their readiness to receive refugees. Some have already welcomed the first of them, and one of our houses is reserved for children from a Ukrainian orphanage. Many people connected to our houses and parishes are also awaiting the arrival of the refugees. We are working with “Caritas Poland” so that the Ukrainians can reach their new homes and end their few days of wandering.

Fundraising efforts have begun throughout Poland. Humanitarian, psychological, legal, and other aid is being organized. In our churches, treasury boxes have been set up, and information about how to help and where to transfer money to help suffering Ukraine has been displayed. We have also started cooperation with Redemptorists in Europe, who organize all the aid, which later will be sent from Poland to Ukraine. We also cooperate with other institutions and organizations. Similar activities are being undertaken by confreres in the Czech Republic and Slovakia.

According to today’s data [March 02], more than 450 000 Ukrainians have already arrived in Poland during the six days of the war. And there are still queues of many kilometres on the Ukrainian side of the border.

These actions are accompanied by constant prayer for peace so that the flame of hope for building societies in dialogue and reconciliation is not extinguished.

On the website of the Province of Warsaw one can find also detailed bank information where the financial support may be directed as humanitarian aid, in cooperation with the Redemptorists from Ukraine.

“Limerick Leader” has reported that the local Redemptorist community was appealing for financial support to be given to those displaced in Ukraine due to the ongoing invasion by Russian armed forces. The Irish Redemptorists say they are “deeply perplexed” by the unfolding tragedy impacting the Ukrainian population as citizens courageously defend themselves in inexplicable warfare.

Fr Seamus Enright, C.Ss.R., superior of the Redemptorist community in Limerick, told Live 95 FM that Ukrainian Redemptorists are “about to run out of money”. “We are hoping to raise funds and send those funds to Redemptorists in Ukraine,” he said.

Listen to Fr. Roman Lahish C.Ss.R. from Ukraine who was interviewed, together with Fr. Seamus Enright, on Limerick radio LIVE95 on March 1.

Province of Baltimore: we collect donations to be sent to help Ukraine

While many USA organizations will be collecting to help Ukraine – one can read the post on the Facebook profile of Baltimore Province – if any friends of the Redemptorists wish to make a donation to specifically help our Redemptorist confreres in Ukraine as well as our confreres in Poland dealing with the influx of refugees, those donations may be directed to our offices here in Washington, DC. All checks should be made out to: THE REDEMPTORISTS and include in the memo line: UKRAINE RELIEF and may be sent to: Fr. Paul Borowski; 3112 7th Street NE; Washington, DC 20017. Funds will be sent to our General Government in Rome, who will make sure they go to the Redemptorists in Ukraine.

Each year the Redemptorists of the Baltimore Province make a Lenten Sacrificial offering during Lent to send the funds saved to some charitable organization. This year all funds raised by the Redemptorists will be directed to Ukraine, specifically to our confreres offering assistance.

See also: website of the Province of Baltimore for more details.