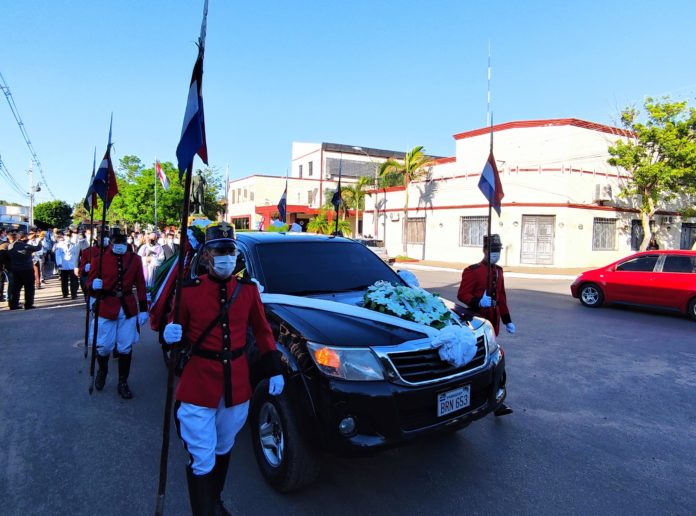 (Pilar, Paraguay) – On March 25, the coffins of Father Federico Schiavon (1923-2002) and Father Santino Tesei (1916-2007) were transferred from the cemetery to the crypt of the Basilica Nuestra Señora del Pilar as a tribute to the two Italian Redemptorist priests who supported the growth of the city of Pilar, (See the news of March 17). The whole city accompanied the procession.

The transfer of the coffins of Father Federico Schiavon and Father Santino Tesei from the Campo Santo Municipal begins.

Both missionary priests dedicated their lives working for the city of Pilar, founding schools, colleges and temples. The Basílica Menor Nuestra Señora del Pilar, one of the first basilicas in Paraguay, was built by the initiative of Father Schiavon with the help of Cardinal Antonio Samoré.

The city’s streets were full of students, who formed a human cordon all along the route with white handkerchiefs to greet the funeral procession.

In the Basilica Nuestra Señora del Pilar, Bishop Pedro Collar celebrated a mass to remember the work of the two Redemptorist missionaries.

The ceremony was attended by the authorities of the city and the entire population, especially the children of the schools, who paid homage to the passing of the courtyard.