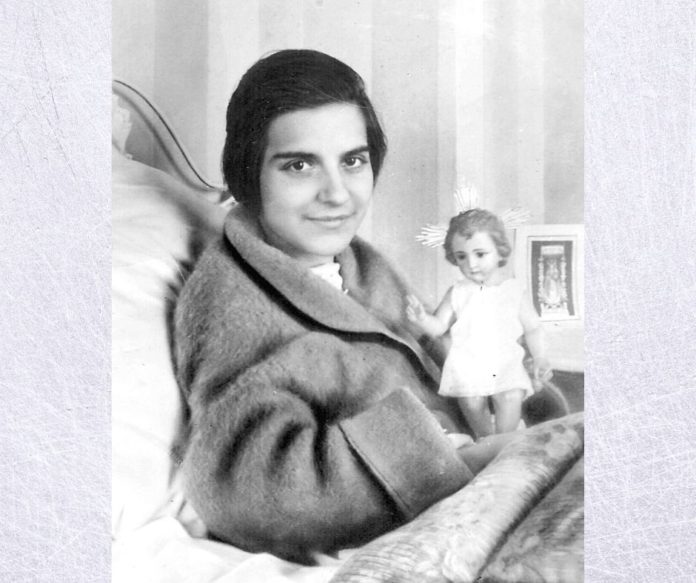 Pope Francis has approved the promulgation of the decree on the miracle that took place through the intercession of the venerable Servant of God María de la Concepción (Conchita) Barrecheguren García (1905-1927), daughter of the Redemptorist Friar Francisco Barrecheguren.

Conchita’s hidden fame for holiness exploded soon after her death on 13 May 1927, spreading with unusual steepness and enduring to this day in Spain and various European cities and states in the American continent, Africa and Asia.

The Cause of Canonisation, supported by the Archdiocese of Granada and taken care of by the Redemptorist Missionaries of the Province of Madrid, began on 21st September 1938 and ended in its diocesan phase on 7th November 1945. At the request of the Congregation for the Causes of Saints, a supplementary enquiry was held in 1979, which, together with the ordinary diocesan process, received the decree of juridical validity in 1992.
On 23 December 1994, with the consent of the Archbishop of Granada, the Congregation of the Most Holy Redeemer assumed exclusive patronage of the Cause, entrusting it to the care of the General Postulation. Having presented the Positio on her life and virtues in 2002, Pope Francis declared her Venerable, together with her father Francisco, on 5 May 2020.

In the meantime, in the Diocese of Orihuela-Alicante, from 18 May 2016 to 31 March 2017, the diocesan enquiry was held on an alleged miracle that took place in 2014, through the Venerable’s intercession, to a 16-month-old girl, healed from toxic shock syndrome with multi-organ damage caused by group A streptococcus.
Having issued the decree of legal validity of the procedural acts and drawn up the Positio on the miracle, the Medical Consultation (20 May 2021), the Congress of Theologians (21 October 2021) and the Ordinary of Cardinals and Bishops (26 April 2022), meeting at the Congregation for the Causes of Saints, unanimously expressed a favourable opinion on the miracle.

Maria de la Concepción (Conchita) Barrecheguren was born on 27 November 1905 in Granada to the Venerable Francisco Barrecheguren Montagut and Concha García Calvo, both from well-to-do families and animated by great faith and sound moral principles. The newborn was baptised in the Parish of the Sacrario in Granada on 8 December 1905, with the name Maria de la Concepción del Perpetuo Socorro, Francesca de Paola, Eloisa, Primitiva de la Santissima Trinidad, although she was always familiarly called ‘Conchita’.

From childhood, Conchita showed signs of poor health. When she was a little over one and a half years old, she fell seriously ill with acute enterocolitis, so much so that her life was feared for. The little girl miraculously recovered, and her parents attributed the unexpected healing to the intercession of the Virgin of Lourdes. Considering her precarious state of health, her parents decided, at the doctors’ suggestion, not to let her attend any school in the city, becoming her educators themselves. Her father was mainly responsible for her education, assisted by two teachers. He gave her an adequate catechetical preparation for the sacraments of Confirmation, which she received on 3 May 1912, and First Communion, which she received at midnight mass on 25 December 1912.
In addition to her studies and domestic work with her mother, she spent several hours praying in the oratory at home, praying the rosary and teaching catechism to the domestic helpers, walking with her father and performing some pious exercises with him.

From an early age, Conchita joined the Archconfraternity of Our Lady of Perpetual Help and felt a call to religious life, desiring to become a Carmelite. Unfortunately, illness prevented the realisation of her desire. At the age of ten, she had a profound spiritual crisis due to scruples. However, she was positively resolved within about two years with the wise intervention of her new confessor, the Redemptorist Fr. Ruiz Abad. In 1917, she was diagnosed with an intestinal inflammation that caused severe pain and forced her to go on a strict diet.

Moreover, in 1924, her mother was afflicted by a severe mental imbalance. She was hospitalised at the Sanatorium of La Purissima in Granada, with an absolute ban on visitors. The Venerable and her father heroically faced this new suffering, sustained by constant prayer and trust in God.

Despite her poor health, Conchita made several journeys and pilgrimages, of which she took notes and wrote chronicles. In August 1926, after a pilgrimage to Lisieux, at the tomb of St. Therese of the Child Jesus, she fell ill with tuberculosis, for which the doctors advised her parents to move to the Carmine di San Valentino, near the Alhambra forests, in the hope of halting the worsening of the disease. Unfortunately, the change did not bring the hoped-for improvement, and Conchita died on the morning of 13th May 1927, at the age of just 22 years.

From an early age, Conchita joined the Archconfraternity of Our Lady of Perpetual Help and felt a call to religious life, desiring to become a Carmelite.

Buried in the family chapel at the Granada cemetery, her mortal remains were moved on May 13, 1978, to the oratory of the present Carmel de Conchita (Alhambra).

Since 29 November 2007, they have been placed in the Redemptorist Church of Our Lady of Perpetual Help in Granada, next to their father’s remains, the Venerable Francisco Barrecheguren Montagut. 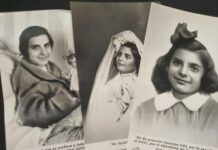 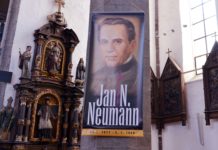 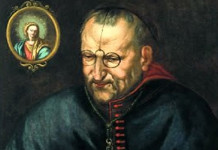