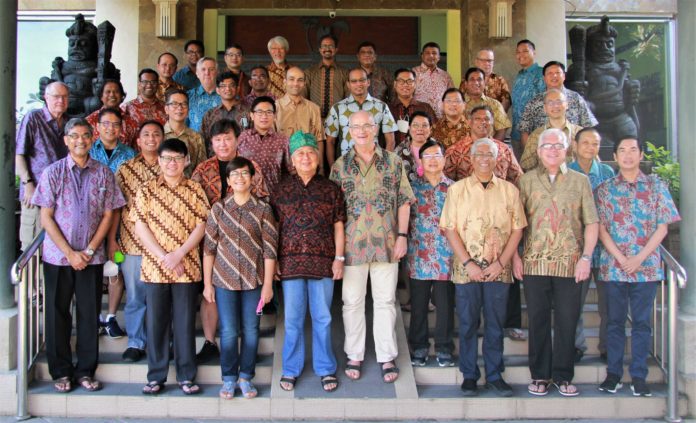 The Report of the Conference stated that:  The Conference of Asia-Oceania consists of 13 Units, present in 16 countries. These are: The Provinces of Vietnam, Indonesia, Bangalore, Liguori, Oceania, Thailand, and Cebu; the Vice Provinces of Manila, Majella, Japan, and Malaysia & Singapore; the Regions of Colombo and Korea and the China Mission. Each country possesses its own richness in terms of the plurality of languages, cultures, religions, and spirituality, which adds much flavor to the apostolic life and mission of the Conference.

Poverty, migration and refugee crises, the rise of populism, and secularization are just some of the issues facing our countries. The reimagination and revitalization of our Redemptorist identity can help us to respond to these situations more effectively and passionately, offering to a wounded world a message of God’s redemption for all.

One of the hallmarks of this 1st Phase was listening to the sharing of the Confreres from Sri Lanka who had a lot of trouble coming to Bali. They shared about the situation in Sri Lanka and the entire body of delegates expressed their solidarity with the confreres and the people of Sri Lanka.

The Conference looks forward to now the Conference Assembly and then later the 2nd Phase (Canonical) of the General Chapter. The Province of Indonesia led by the Provincial Fr Joakim gifted every participant with a traditional batique shirt. Fr Joakim and the Province of Indonesia’s warmth and hospitality have been extraordinary in hosting this 1st Phase of the General Chapter.