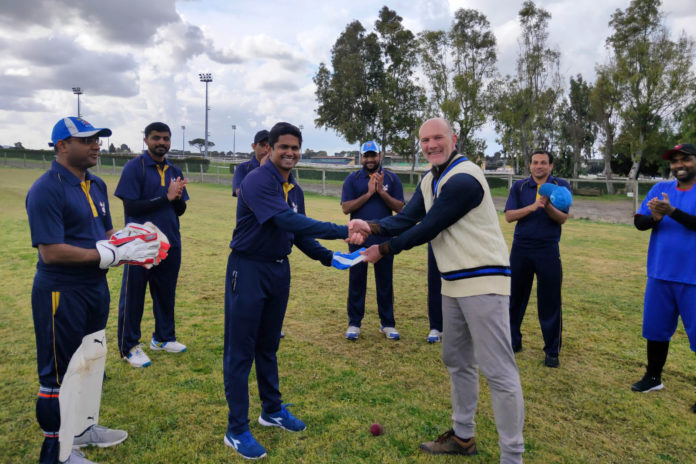 (Rome) On the 21st of May, the Vatican Cricket Team defeated the Team NATO, comprising the British soldiers working in Italy in a T20 match at Cappenelle Cricket stadium, Rome. Fr. Prince Thekkepuram C.Ss.R., was the man of the Match with 40 runs of 32 and 2 wickets.

Fr. Prince belongs to the Syro-Malabar Redemptorist Province of Liguori, India. He is doing his Doctoral studies in communications at the Pontifical University of Salesianum. He is also engaged in various catechetical ministries to the Syro-Malabar migrants in Rome. He was selected for the team in November 2021.

St. Peter’s Cricket Club which is also known as the ‘Vatican XI’ is the cricket team of Vatican City. It is comprised of priests and seminarians working or studying in Rome and Pontifical Universities of the eternal city. Under the patronage of Holy Father Pope Francis, the team keeps the bond between the Catholic Church and the sporting world.

The Vatican cricket team is sponsored by the Pontifical Council for Culture and Managed by Fr. Eamonn O’Higgins from the Pontifical Seminary of Mater Ecclesia. The origin dates back to 2014 when the Australian ambassador to the Holy See, Mr. John Mackarthy took initiatives with the Pontifical Council to start a cricket team that will travel around the world with the message of the Holy Father. Ever since the ‘Pope’s Cricket Team’ gives witness to the gospel values of peace, love, and unity by engaging in intercultural, ecumenical, and charitable initiatives in this sport, which is the second most followed sport in the world.

Presently the team is preparing for the 8th ‘Light of Faith Journey’ to Malta. We wish him and the team the very best in his future endeavors.

Pope’s Own Cricket Club! – Story by Voice of the Vatican, Shalom