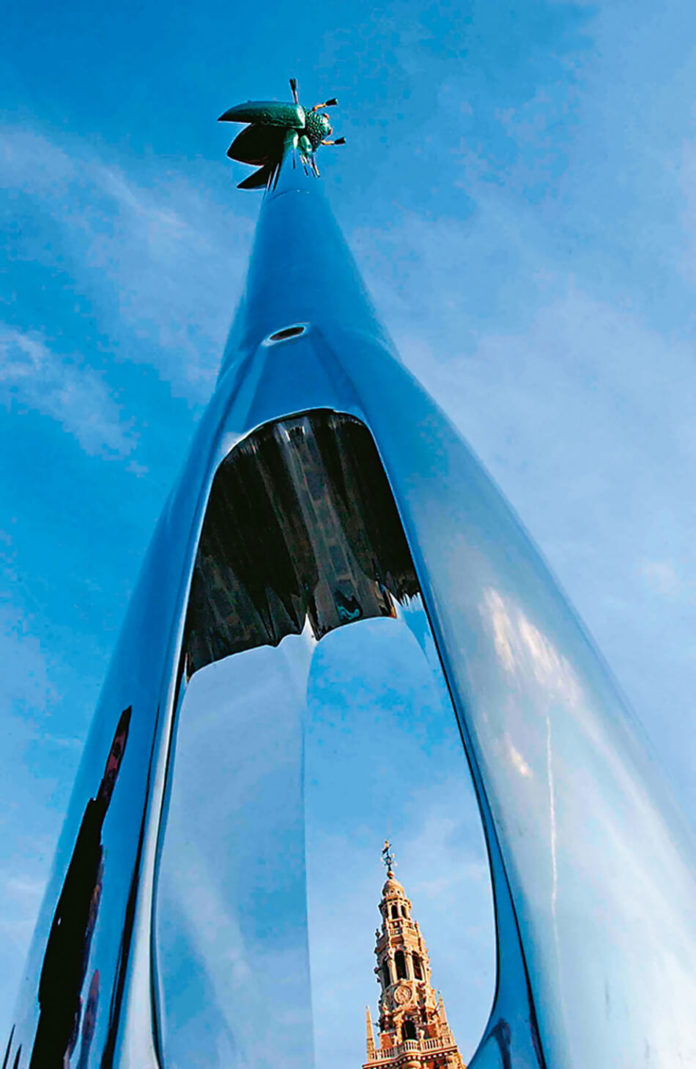 In a central public square in Louvain, Belgium, there is an unusual work of art which consists of an enormous needle, on the point of which is impaled an insect. This figure was produced by Jan Fabre in 2004 to mark 575 years of the KU Leuven University Libraries.

Our guide explained that the artist wished to bring out the limitations of modern science. By pinning down an insect, a scientist has the possibility of analysing it in all kinds of ways, some of which may indeed be of service to modern science and culture in general. Through investigation the scientist acquires forms of knowledge about the insect which can then be applied in different spheres of life.

What the artist wished to dramatically denounce are the many forms of knowledge that are lost when we take this approach to insects, to any given reality or indeed to reality as a whole. What is lost? The life of the insect! Not primarily in the sense that the insect is killed but in the sense that the scientist using this method loses all access to the flashing, buzzing, flying insect and to the human experience of observing such a living creature.

In uttering this artistic denunciation, the artist joined in a discussion that has been going on for hundreds of years about the nature and legitimacy of science. A very central voice in this debate is that of Edmund Husserl, the founder of phenomenology whom we have already met in other posts.

Towards the end of his life, in 1936, Husserl wrote a famous book (unfinished and published posthumously) entitled The Crisis of the European Sciences and Transcendental Phenomenology: An Introduction to Phenomenological Philosophy. In this work he is in no way opposed to science as such – he fully acknowledges the extraordinary progress that science has made possible. His problem is not with what science has actually achieved but with the illusions that this success has often induced (in the scientist and in many of those who value modern science).

What is the key illusion denounced by Husserl? It is probably the tendency of modern science to take objective, empirical knowledge as the only, or at least the highest, form of knowledge. Husserl understood phenomenology as an alternative science aimed at understanding precisely that from which the empirical sciences methodologically prescind: lived human experience of the world (Lebenswelt).

Given the degree to which our culture is saturated with this scientific paradigm (which is at the root of the “technocratic paradigm” denounced by Pope Francis) it is of the utmost importance for ethics and moral theology not to fall, unwittingly, into the trap of reducing knowledge to empirical knowledge. To help us avoid this temptation, phenomenology is a priceless ally.