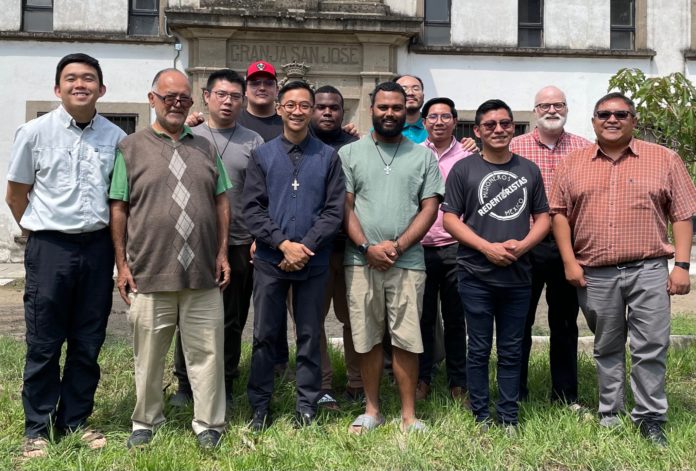 Thursday, July 14th, 2022 marks the beginning of a new era in the North American Conference of the Redemptorists. Nine young men from the Redemptorist units of Canada, the United States, and Mexico will begin their novitiate together in the former St. Alphonsus Seminary in Tlalpizahuac, Mexico, just outside of Mexico City.

This is the first joint novitiate since Mexico joined the Conference in 2019, and the first time all units will be doing a stage of formation together. The novice director is Father Javier Moran Marin of the Mexican province, while his assistant is Fr. Matthew Allman of the Baltimore Province. They are joined on the formation team by Brother Tito López Cartagena of Mexico.

It is not simply an international group of novices, but a very intercultural one as well. By birth, two novices are from Vietnam, one is from China, one is from the Philippines, and one is from St. Lucia in the Caribbean. It will be an exciting time as all find their place in the shared Redemptorist mission and charism.

The novitiate conferences will be conducted in English, while prayers and community life will lived be in a mix of English and Spanish. The novitiate begins with an eight day retreat led by Father Dennis Billy of Baltimore.

Please keep the novitiate community in your prayers.